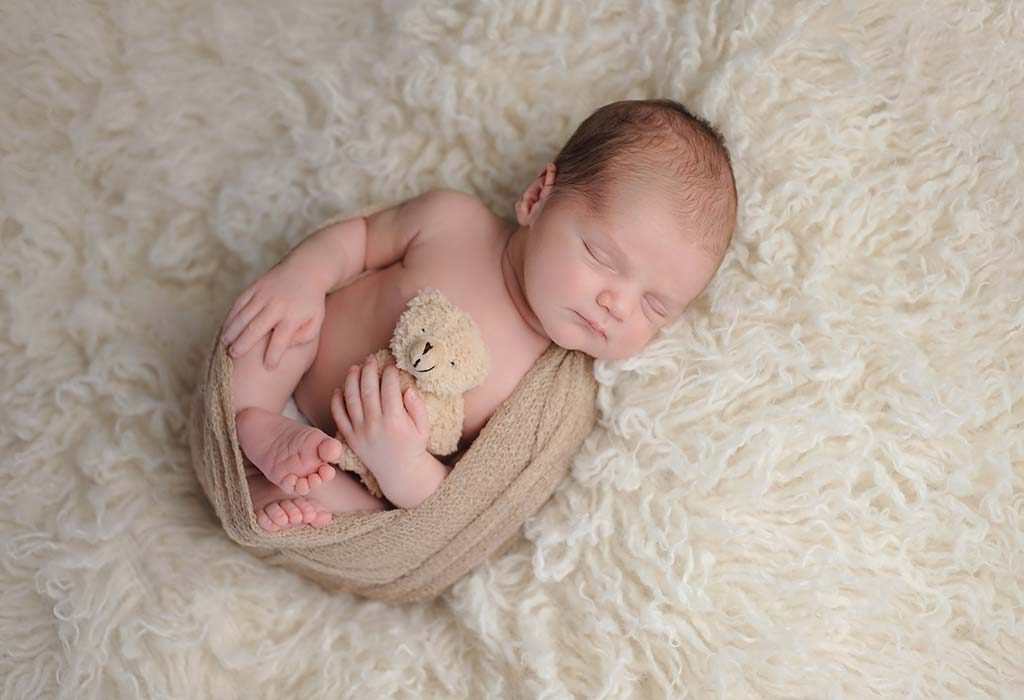 Parents in any country or community always take naming their babies as a serious decision. Choosing a child’s name requires more effort as the name is not just a name, but it shapes the identity of a person.  The child’s name is his unique identity which he is recognised throughout his life. Most parents want to name their child with an elegant and timeless name with a positive meaning. A powerful and meaningful name defines a baby’s personality as the baby grows up. So choosing a beautiful name is an important task for any parent. Short names are cute and easy to pronounce and project a modern personality. Whereas a long name for a baby boy depicts a strong personality and character throughout his life. A long name describes a serious personality when the child grows up. So parents are choosing long elegant names for their baby boys which are meaningful and have a secure origin.

Selecting a name from the long old fashioned boy names ensures the name will be powerful and with character. A boy needs a respectable name as he grows up to create a positive image in the society and his peers. Parents usually prefer to choose a long boy name that can be shortened for a matching nickname. This serves a dual purpose to have a meaningful first name and have a stylish nickname. For example, Sebastian makes for a good first name, and its diminutive form Seb is a great nickname for any boy.

Here’s the long baby names we’ve put together for you. Choose from this long boy names list for the perfect name for your baby boy.

This name is of Hebrew origin and means “father of multitudes”. In the Old Testament, Abraham was the husband of Sarah. The popular name is also famous due to the president of America.

Alessandro is a variation of the name Alexander. The Italian origin name just like its English original means “defender of humankind”.

Alexander is a vintage and timeless name of Greek origin that means ‘defender of men”. Alex or Al would make perfect nicknames for Alexander.

This unique name is a variant of Avallach. The name refers to the island of Alavon and means “orchard of apples”.

This noble-sounding name means “defender of the people”. The name is of Scottish origin.

This Latin origin name means “venerable” or “great”. The name is popular due to St. Augustine. Its variation Augustus meaning “magnificent” is also very popular.

Bartholomew was the name of one of the apostles of Jesus. The Hebrew origin name means “son of the farmer”. Its shortened form Bernie is a cool nickname.

Benjamin is a spectacular biblical name. The Bible refers to Benjamin as the youngest son of Jacob and one of the founders of Israel. The name means “son of the right hand”.

This unique boy’s name is of Irish and Welsh origins. The name means “descendant of Bruadar” in Irish and in Welsh “son of Rhydderch”. Rhydderch means “brother”.

This elegant boy’s name is of Scottish origin and means “a crooked or bent nose”.

This Irish and English origin name is the perfect first name for boys. The attractive name means “wolf” in Irish.

Christopher is a popular English name meaning “Christ-bearer” or “bearer of Christ”. The name is of Greek origin and is derived from “Christophoros”.

Christian is a worldwide famous name that refers to “the religion or “the follower of Christ”.

Cleveland is a popular name of a place meaning “from the cliff land”. The name is of English origin and is a combination of two words, cliff, and land.

This elegant boy’s name is of Latin origin and means “steadfast or constant”. The name is derived from Constantinus.

This Greek origin name means “follower of Demeter, who was the goddess of the harvest”. The name is popular as it is also the name of Greek sculptor from the 4th century.

Dominic is an elegant boy’s name of Latin-American origin. The name means “Lord”.

This boy’s name is of Hebrew origin meaning “the Lord is God”. It’s Latinised form Elias is also a popular name.

Emmanuel is a name from the New Testament. This Hebrew name means “God is with us”. The other variations of the name are Emanuel and Immanuel.

The name is a derivative of Hendrik from Spanish. The stylish name means “head of the household”.

The name Everett sounds similar to Everest and has a very bold appeal to it. The meaning of the name is “brave” or “strong boar”.

Fernando is the variation of Ferdinand. The name from Spanish origin means “adventurer”.

Francisco is the variation of Franciscus. The name is of Spanish origin and means “a Frenchman or a free man”.

This elegant name is the Italian variation of the name John and means “God is gracious”.

Guillermo from Spanish origin is a variation of Wilhelm. The name means “with a will as strong as a helmet”.

This name which originated as a surname is now a first name. The name means “son of Henry”.

This popular royal name is of German origins. The name means “peaceful warrior”.

This Scottish name means “Son of James”. The male name has other variations in Jameson and Jamison.

Jonathan is a popular Hebrew name for boys meaning “God has given” or “gift from God”. The name is the longer version of Nathan from the Old Testament.

With British roots, Kingston has been a favourite among parents for many years. The timeless name means “king’s town”.

Leonardo is a Latin origin name meaning “lion”. The name was made famous by Leonardo DiCaprio. Leo its diminutive form, makes a perfect nickname.

This popular masculine name is of a Latin origin. The name means “from Laurentium”.

This strong and elegant boy’s name means “greatest”. The old-fashioned name is derived from Maximilianus a Latin name.

This name is the variant of Montague which means “pointed hill”.

Muhammed is an Arabic popular name for boys. The name is the name of the main prophet of Islam. The name means “praised or commendable”.

This name is the variation of the Grrek name Netanyahu. The Hebrew origin name means “God has given”.

The elegant boy name is a variation of the name Nicholas of a Greek origin meaning “loved by all”. The name also means “son of Nicol”.

This name is of a biblical origin. The Hebrew word means “God’s work” and is used in the Bible for a servant of God.

This name is a classic boy’s name meaning “shield wolf”. The name is a variant of Randolf and refers to “having strong warrior roots”.

This elegant boy’s name is a variation of Reynold. The German origin name means “ruler”.

This a place name of old English origin. The name means “settlement on a riverbank” or “a person from the raven estate”.

Roberto is the Italian version of the popular name Robert. The name means “bright fame”.

Salvatore is a masculine name of Italian origin meaning “saviour”.

Tennessee is a long elegant name borrowed from the State of Tennessee in the US. The name refers to “a gathering place” and is of Native American origin.

This elegant boy’s name is of Greek origin and means “a divine gift”.

This name of biblical origin, it means “a person who honours God”.

Vladimir is a boy’s name and it is of a Slovak origin. The name is derived from Wladimir and means “great ruler”.

Zachariah is a name of Hebrew origin, and it means “God has remembered”. Other popular variations of the name are Zachary, Zaccaria, and Zechariah.

Adrian is an ancient name which still hasn’t lost its charm. The name has a mysterious feel to it and means “sea” in Latin.

Anthony is a modern name with Latin roots. The meaning of the name is “one who is priceless”.

This Irish boy’s name is an ageless piece and means “prince” in Irish.

Castiel is a trendy boy’s name with roots in Hebrew culture. The name means “God is my cover”.

Clifford is a super popular boy’s name of English origin. The name stands for “ford by a cliff”.

Damien is a Russian name meaning “to tame, subdue”.

This stylish name is highly popular in Italy and stands for “one who possesses goodness”.

Something unique and modern, Elian is a Spanish name that means “light”.

This Italian name means “God is my salvation”.

Emilio in Italian refers to “one who excels at something”.

Eugene is classy plus popular among millennials. The meaning of the name is “one who is well-born”.

This Scottish name means “warrior of the bow”.

The meaning of this Hebrew name is “God strengthens”.

Ferdinand is a quite popular German name that means “bold voyager”. The name is very popular among Europeans.

Orion is a chic and contemporary name that stands for “mountain dweller”.

Oswald is a cute Germanic name that means “divine power”. Plus, Oz and Ozzie would make perfect nicknames for this name.

How about a sophisticated boy’s name? Try Solomon. This Hebrew name means “man of peace”.

Once uncommon, Tennesse is gaining popularity these days. The meaning of this name is “a place for gathering”.

Tennyson is of English origin. The meaning of this name is “son of Dennis”.

Wallace is an astounding Scottish name that stands for “foreigner”. Wally and Willie would make cute nicknames.

Anderson gives a very sophisticated and aristocratic boy’s name. It has Greek origins and means “son of Anders”. Andy would make a cute nickname for Anderson.

This mystical name is simply gorgeous. Balthazar is one of the Three Wise Men who visited the baby Jesus when he was born. If you are religious, this name will suit your child.

This is an ancient boy’s name of Latin origin and means “horn”.

Remember Matt Donovan from The Vampire Diaries? This Irish-origin name means “dark princeling”. Its nickname could be Donny.

Frederick is a chic and common Germanic name for boys. It means “peaceful ruler”. Fred or Freddie will make cute nicknames.

Gregory is quite a popular name. The name has a Latin origin and stands for “watchful”. Greg would be a cute nickname for Gregory.

Seems Spanish, but Immanuel is a traditional name with Hebrew roots. The meaning of this name is “God is with us”.

This cutesy boy’s name originates from Latin and means “gift from God”.

Raymond is a classy and elegant boy’s name of French origin. The meaning of this name is “defender”. Ray would make a nice nickname.

Thomas is a common Aramaic name for boys, which stands for “twin”. Its nicknames would be Tom, Timmy, or Timmy.

Every parent in the world wants to name their baby boy with a meaningful and elegant name. So when picking a name for their baby, they give much emphasis on meaning and origin. Choosing a long classic name ensures they choose a meaningful name.  An elegant name is always timeless and indicative of good virtues.