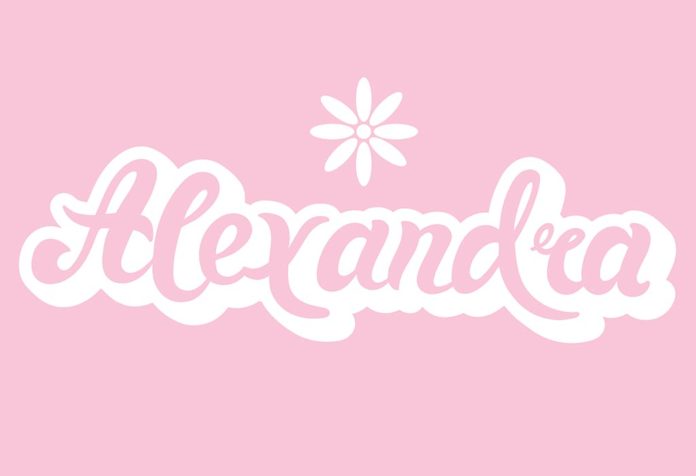 Derived from Greek origin, Alexandra is a girl’s name meaning “defending men.” This feminine form of Alexander was a Mycenaean epithet of the goddess Hera and a variant of Cassandra. Several early Christian saints and the wife of Nicholas II, the last czar of Russia, bore the name Alexandra. She was German by birth who was renamed from Alix to Aleksandra after joining the Russian Church. Queen Victoria was rechristened as Alexandrina Victoria after her godfather Emperor Alexander I of Russia. Alexandra is the feminine version of Alexander. As Alexander the Great spared Jerusalem from harm in the third century BCE, the high priest ordered that all Jewish males born in the city be named after the leader in honor of the great leader for a year. Thus, Alexandra can be used as a unisex name mainly popular in the Christian religion.

What Does Alexandra Mean?

The first middle name of the Queen is Elizabeth Alexandra Mary Windsor. Brimming with history, Alexandra means ‘defender of mankind’ as a woman. She was popular in Scandinavia and Eastern Europe. Still, lesser-known in the English-speaking world until Princess Alexandra of Denmark married the heir to the British throne, Edward VII, in 1863 Alexandra Daddario, who acted in the Percy Jackson movies, and Alexandra Shipp, who played the role of teenage Storm in X-Men: Apocalypse has given a boost to this name. There have been other royal bearers of this fashionable name in both Britain and Russia., Widely used in Russia, Alexandras can be found in the literary works of Dostoevsky and Chekhov.

Alexandra name variations have equivalents in the international arena that may sound classy and trendy enough to become favorites forever. Here are a few other spellings for Alexandra that might offer a good way to find alternatives to an already popular name:

How Popular Is the Name Alexandra?

Alexandra has not once slipped out of the US Top 500 since the list started in 1900. According to Social Security Administration data, the Alexandra popularity index has been overwhelmingly positive over the 20 years, remaining in the top 20 names since 2000. After peaking in popularity in 2009 when it was the number four most popular name for boys, the Alexandra baby name ranking has steadily declined. It occupied a position in the top 100 names from 2000 to 2015. Celebrities like Dustin Hoffman, Paul Anka, Whoopi Goldberg, and Christopher Reeve have named their daughter Alexandra. Alexandra has also appeared in various shows, including Wizards of Waverly Place, Grey’s Anatomy, Criminal Minds, and Modern Family, which have made this name a worthy contender.

Interest in Alexandra – US

Search trends for the name Alexandra have recorded a consistent search value of over 40 reaching 100 in November 2019. The lowest value was recorded in September 2016 at just 42.

The Popularity of name Alexandra

As per the search trends data, interest for the name Alexandra has been recorded highest in Romania over the last decade. Countries like Hungary, Singapore, New Zealand, and Portugal secure a spot in the top five. Due to Greco–Romanian relations, a Greek name like Alexandra has become very popular among Romanian parents.

Search trends of Alexandra – US

New York leads the search trends among the sub-regions of the US for the name Alexandra over the past decade. Following this, Massachusetts, District of Columbia, Rhode Island, and Connecticut compete in the top 5 positions.

Middle Names That Go With Alexandra

A middle name can augment the first name with its simple, traditional, short, sweet, or quirky appeal. Some of the best double names with Alexandra that have the right qualities of earning your favor:

Popular celebrities continue to stay relevant in public imagination when their name gets immortalized in history. Here is a round-up of the most famous people called Alexandra who can positively influence your child’s identity:

Baby names like Alexandra have a similarly ancient and time-tested feel as the formal name. Family names for Alexandra will manage to secure a unique identification mark within the society. Here are some of the other names for Alexandra that may sound equally interesting:

Names rhyming with Alexandra create a lyrical pattern that produces the quickest and most predictable pleasure. A vintage name like Alexandra can be made to sound contemporary to win the heart of the present generation. Here are some choices to consider:

Matching sibling names complement each other when they’re based on a child’s common theme or specific personality traits. Here are some of the best sibling names that go with a classic name like Alexandra:

Bearing a solid historic pedigree, Alexandra offers an array of softer nicknames that may range from the name’s boyish, bouncy, and dramatic short forms. Here are some of the best nicknames for the name Alexandra:

Alexandra is a strong, tasteful, and elegant name that maintains a chic aura despite its usage over the years. Whether used as Alexander for boys or Alexandra for girls, Alexandra owes the endurance of this name to Alexander the Great, remaining a tried and true favorite in several countries and cultures across the world.

Why Breakfast is Important for Kids

6 Essential Winter Skin Care Tips That You Should Follow

The Best App for New Parents and Babies