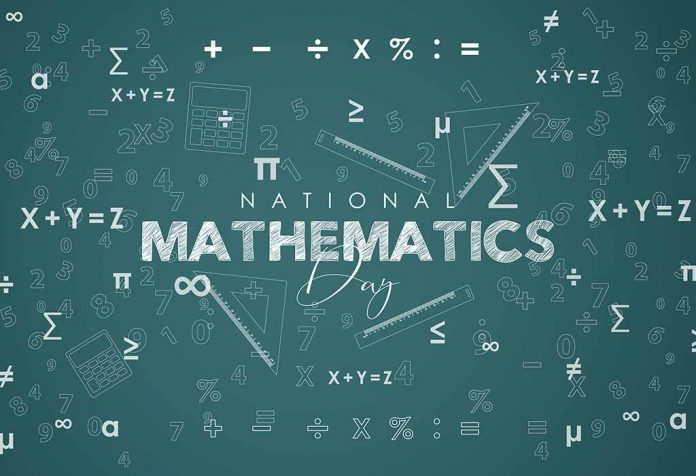 When Is National Mathematics Day?

The former Prime Minister of India, Dr. Manmohan Singh, paid tribute to Srinivasa Ramanujan on his 125th birth anniversary on 22 December 2012 in Chennai to recognise his contribution to the field of maths. Started in Chennai, the day is celebrated as National Mathematics Day.

The most important reason to celebrate National Mathematics Day is to raise awareness about the importance of mathematics in people and the integral part it plays in the development of humanity. Training for these is provided to teachers and students through camps. The main objective is to highlight the development, assembly, implementation of teaching and learning materials for mathematics and other related areas in research.

How Is National Mathematics Day Celebrated?

Facts About Srinivasa Ramanujan for Kids Srinivasa Ramanujan, the genius was regarded at par with Euler and Jacobi from the 18th and 19th centuries. Born into a traditional Tamil Brahmin family, he gave an entirely new connotation to mathematics. His father was a clerk in a sari shop and mother a singer at a local temple. Their earnings were meagre and they barely managed to bring up Ramanujan with lots of comforts. He compiled 4000 mathematical equations and results including the number theory, fractions, infinite series that opened new avenues for mathematical research. He was obsessed with mathematics and failed to get a scholarship at the Government Arts College in Kumbakonam as he failed the other subjects. His main source of inspiration was “Synopsis of elementary results in pure mathematics” by G S Carr. He came from a humble background and lived with the poorest of means. However, that did not serve as a deterrent to him pursuing his love and passion. A few interesting facts about the genius:

Ramanujan was indeed a genius born to be celebrated. A biopic ‘The Man who knew Infinity’ starring Dev Patel was made recently. He is truly recognised and regarded as a visionary who changed the description of mathematics and opened a whole new world of avenues to the field. Mathematics Day is celebrated to promote and cultivate the love for the magnificent tradition of Indian mathematics and its contribution to the field.

Womb- A Poem on Motherhood