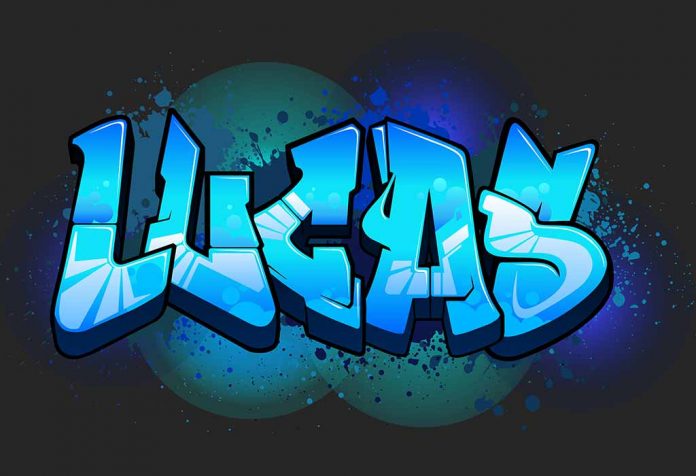 Lucas is a name that has a charming personality, a spirit that is adventurous, spontaneous, and doesn’t mind embracing the unknowns of the world. The name has an old-school charm and complements similar traditional names, like Charlie, Samuel, and Henry. Lucas has appeared across cultures worldwide and in countries like France, Europe, Dutch, and Spain.

What Does Lucas Mean?

According to baby charts worldwide, Lucas is derived from the word Luciana and is popularly famous as a vintage name. Biblical references to the name make it an especially popular choice among Christians and religious parents. According to its history, Lucas is said to have originated in Italy, and the meaning of Lucas is ‘bringer of light‘ in Latin. Lucas is primarily a masculine name, but many feminine variants like Luciana and Lucille have surfaced lately.

Lucas is the Latin version of the traditional Greek name ‘Loukas,’ the Patron Saint of “doctors, artists, and creatives.” The name also has origins from the verb ‘lucere,’ which means “to shine” as per its Latin origins. Lucas has spiritual roots in Christianity and has been used by many evangelists since time immemorial.

There are many Lucas name variations out there, and most variants are a play on its traditional spelling. Amid the many variations, some of the most diverse other spelling for Lucas include:

How Popular Is the Name Lucas?

Christians revere the teachings of the Gospel, and based on Christian history, Luke (Lucas) was one of the four Evangelists, a medical doctor, and a leader of the early Church. Lucas’s popularity has been immense lately, accruing Lucas’s baby name ranking as the 8th most popular name according to 2020 Social Security Administration data. It also ranked among the top 10 baby names for boys around early 2018. In terms of worldwide rankings, Lucas ranks within the top 100, bagging 6th place in France, 11th in Scotland, 5th in the Netherlands, and  3rd in Spain.

Over the last ten years, Lucas has averaged 60 to 80 on the interest scale, reaching the highest popularity index of 100 in February 2021. The lowest value for Lucas was recorded at 55 in October 2011.

Interest in Lucas – US

According to US search trends, Lucas averaged values between 60 to 80 on the popularity scale for the last ten years. The lowest recorded value was 59 in September 2012, while it peaked at 100 in December 2019.

The popularity of name Lucas

Search trends show that Lucas is the most searched in Brazil for the last ten years, followed by Uruguay, Guatemala, Argentina, and Paraguay. The Brazilian volleyball player Lucas Saatkamp can be assumed to be the reason for the name’s popularity in Brazil. Also, Lucas Lucco is a Brazilian singer who went viral in the media and brought this name to popularity.

Search trends of Lucas – US

Lucas has the highest search volume in the region of Ohio in the United States, being followed closely by Indiana, Missouri, California, and Iowa. It received a search value of 100 in Ohio, while the lowest search value recorded is 31 in Hawaii.

Middle Names That Go With Lucas

Choosing a middle name that goes with Lucas is essential as it ensures the overall spirit of the name and maintains its sense of adventure. There are many double names with Lucas that you can use as middle names, and some of the best options are:

Perhaps one of the most notable mentions of Lucas is Luke Skywalker from the Star Wars series. Luke is used by many popular personalities, actors, athletes, and TV stars across the globe. Some of the most famous personalities named Lucas or Luke globally include:

Similar baby names like Lucas give you the option of choosing others names for your baby that retain the essence of Lucas. Here are some ideas for other names and suitable family names for Lucas:

If you are trying to find names that rhyme with Lucas or simply other options that go well with it, you will find plenty at your fingertips. Here are a few of the many options and alternatives you can choose from:

Lucas has many cute and funny nicknames that parents can use for addressing their kids. Common nicknames for Lucas are used as a term of endearment, affection, and some of the popular ones are:

Lucas is a name that has stood the test of time since the early days of Christianity and is still popular these days. It is becoming a popular choice for boys and girls in Western cultures, and even parents from other countries are using this name. Lucas has been rising in popularity over the years, and worldwide rankings show it has consistently stayed within the top 100 over the last ten years. This makes it an ideal choice for your new baby boy, giving him a modern yet traditional, classic, and timeless name.

15 Causes of Ovarian Pain During Pregnancy