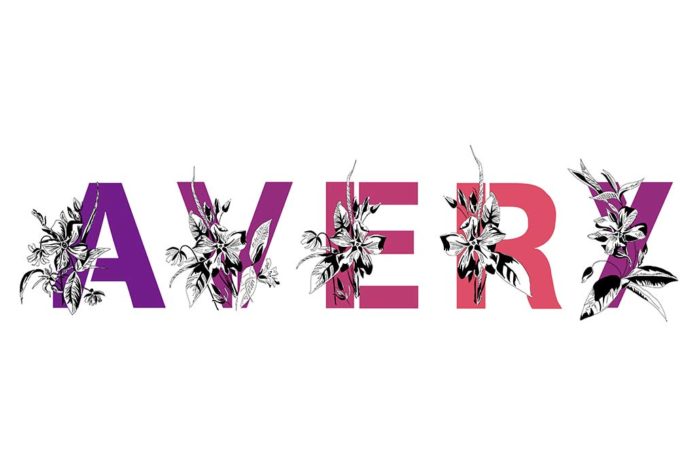 Avery is a medieval name from an English and French name, which means “ruler of elves.” Avery was primarily used as a male name until around 2007. However, it has gained a broader appeal as a girl’s name in present times, securing a place in the top 50 baby girl names in the US. As Elves were considered beautiful and magical creatures, the magical roots of Avery connect it to the Old English word for an elf.

What Does Avery Mean?

The meaning of Avery comes from the Old English words aelf, meaning ‘elf,’ and ‘ric,’ meaning ‘power, mighty, king, or ruler,’ which combines to form ‘elf counsel’ or ‘elf ruler,’ referring to the advisor of the elves which dates back to the 16th century. Traditionally a male given name, the meaning of Avery comes from an Old English surname derived from an Old French pronunciation of Alfred or an ancient Germanic name Alberich.

Initially used as a given name, Avery became a patronymic surname when England started introducing last names in the middle Ages by the Norman barons. Despite being centuries old, Avery is a surprising choice in a field of classics that manages to hold onto its freshness due to its unisex flexibility and surname style. The feminine form of Avery is rare in European countries but is usually used with the alternative spelling Averie/Averi. Americans started using the name for girls in 1989, which is also used with the alternative spelling Averie/Averi.

Alternate spellings, nicknames, abbreviations, and transcription errors may contribute to Avery’s name variations. Some other spellings for Avery that originate from languages and cultures across the world:

How Popular Is the Name Avery?

Historically a masculine name, Avery, has been in use in the US since the 1980s. Later, with the surge of its popularity in the early 2000s, it started being used more as a given name for girls. As a female name, Avery gained extensive support due to its starting vowel A, moving up from the 802nd spot in 1990 to the fringe of Top 10 names in recent years. The Avery popularity index peaked when it climbed to the 12th position in 2013 and consistently remained in the top 20 names ever since. According to the latest Social Security Administration data of 2020, the Avery baby name ranking occupies the 19th spot as a popular name for girls and the 212th spot as a popular name for boys. The characters of Avery Jessup in the popular TV comedy ’30 Rock’ and Avery Barkley in the musical drama “Nashville’ have played significant roles in drawing the attention of new parents towards this name.

Over the last six years, search trends for the name Avery have recorded a consistent value of over 15 in the popularity index reaching 100 in January 2016. The lowest value was recorded in March 2020 at just 15.

Interest in Avery – US

Over the last six years, search trends for the name Avery have recorded a consistent value of over 15 in the popularity index reaching 100 in January 2016. The name gained the lowest interest at 16 in March 2020.

Popularity of the name Avery

Search trends show that Avery has been searched the most in the United States in the last ten years. This is followed by Canada, Australia, United Kingdom, and Ireland. As a name with a trendy appeal and supernatural quality rooted in its meaning, Avery appeals to most English-speaking countries of the world, especially the USA.

Search trends of Avery in the US

The sub-region of Texas in the US is leading in terms of the most searched city over the last ten years. Following this, Louisiana, Rhode Island, Oklahoma, and North Carolina constitute the top 5 cities of the US, where the most searches for Avery have been recorded to be the highest over the last decade.

Middle Names That Go With Avery

After reaching a certain age, a child can choose if parents add a middle name to the first name. Here are some handy double names with Avery that can become your personal favorite:

Celebrities choose stylish names that help them to stand out in the crowd. Some famous people called Avery can help you finalize the name that gives your child star power:

Baby names like Avery can have their unusual appeal than the name itself. Family names like Avery may bring a touch of sophistication to the name and uphold family heritage. Some other names for Avery that retains the classic image of the name yet exude a cool vibe that’s hard to ignore:

Names that rhyme with Avery can have identical sounds that match with lyrical tone and syllable. You can choose a cool name like Avery in other forms for your twins or siblings. Here are some choices:

Siblings who share co-coordinated names grow up as a single unit creating happy memories of childhood. Here are some of the best sibling names that go with Avery:

Nicknames help strengthen the bond with the child. Here are some of the most adorable nicknames for the name Avery:

Although traditional, Avery has a non-gendered flexibility today that mixes its masculine roots with the soft -ee ending. This unique name and the magical association of its meaning feeds the imagination of modern-day parents to become a top contender as a name for their children.

Eating Placenta after Giving Birth – Is It Safe?