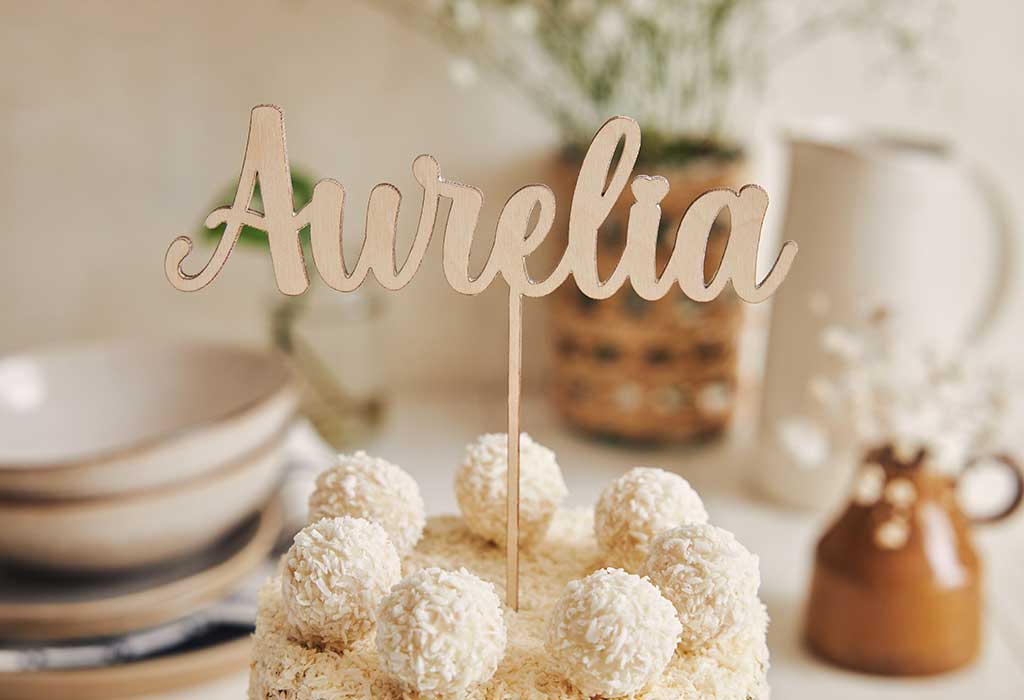 Primarily used as a girl’s name, Aurelia comes from Latin origin and means “the golden one.” It is the female form of the Latin name Aurelius, used mainly as an ancient Roman surname. Derived from the Latin word aureus or Aurelius, Aurelia means “golden,” which was also the name of a gold coin used in Ancient Rome. Aurelius was a cognomen, a third name in Roman culture that often referred to a personal characteristic or trait likely used for someone endowed with shiny golden hair. Aurelie (or its variants Aurelie or Aurelia) is a feminine name primarily occurring in France, deriving from the Latin Aurelius (golden) family. The masculine forms are Aurele and Aurelien. The name was historically popular in France and is currently seeing a resurgence across Europe.

What Does Aurelia Mean?

The classic Roman Aurelius come from Aurelia, which was quite common among the Romans. Aurelia was the feminine name of a prominent patrician family in ancient Rome. Aurelia is the feminine form of the Latin Aurelius, a name derived from aurum, which refers to ‘golden’ or the classic metal gold.

Most often, linguistic or cultural variations determine the other spellings for Aurelia. Here are some of the Aurelia name variations that may lend versatility to a name and offer a wide range of choices to parents who are more open to considering names beyond national barriers:

How Popular Is the Name Aurelia?

Aurelia dates back to at least 1880 on the charts. The name was quasi-familiar in terms of usage, but by the late 1930s, after which, it fell out of style. Despite being relatively rare in English, Aurelia is primarily heard in Portugal, Poland, Romania, and Rome. The Aurelia popularity ranking is currently experiencing a resurgence in the US as it re-entered the Top 1000 list in 2012 after a sixty-one-year hiatus. The Aurelia baby name ranking stands at 492 as per the 2022 SSA data. Several minor early saints are famous bearers of this name. Due to its smooth sound and feel, Aurelia can be credited for its rise again. Aurelia, mothers of Julius Caesar, writer Sylvia Plath, and Arnold Schwarzenegger, who kept it as one of his daughter’s middle names have given a considerable impetus to this name.

A consistent search value of over 60 has been recorded on interest for the name, reaching 100 in Sept 2020. The lowest recorded value was at 54 in Dec 2014 on the popularity scale.

Interest in Aurelia – the US

Popularity of the Name Aurelia

As per the global trends, Aurelia has been searched the most in Italy. Romania. Moldova, Indonesia, and Switzerland que up next to occupy the top five positions in the popularity index. Due to its German and English influence on a cosmopolitan population of the US, Aurelia as a name has grown in popularity among parents of the United States.

Search Trends of Aurelia – the US

Among the metro cities in the US, Iowa has recorded the highest search value of 100 in the last ten years. Nebraska, Minnesota, California, and New York have made it to the top five positions where search trends for Aurelia have been recorded as the highest.

Middle Names That Go With Aurelia

When inserted between a given name and surname, middle names are the names that look to be strung together as a part of a common thread. Here are some double names with Aurelia that may be creatively conceived to lend a more formal vibe to a name:

Famous celebrities named Aurelia can inspire a child to live up to the expectation of the name by trying their best to reach for the stars. Here are some of the most renowned personalities named Aurelia who can create a benchmark of success for others to follow:

Baby-names like Aurelia are possible substitutes that might generate an equal amount of interest and gain recognition. Family names for Aurelia can tell us a lot about our family history and a person’s cultural identity. Here are some other names for Aurelia that may sound:

Rhyming names for Aurelia can draw special attention to the poetic appeal of a given name. Here are some names that rhyme with Aurelia to sound phonetically correct and soothing to hear:

As siblings’ love represents the bond between them, the love gets stronger when their names are matched. Sibling names with Aurelia complement each other while maintaining their unique identity. Here are some of the most suitable sister names for Aurelia and suitable brother names for Aurelia that tend to make things sound twice as nice when they appear as a sib-set:

Nicknames are shortened versions of a name that are likely to signify your child’s appearance or personality traits. They can express their deepest feelings in an informal setting. Here are some of the coolest pet forms of a name like Aurelia that can give your child a second identity:

As most parents consider their newborn to be a golden child, a name like Aurelia can be most appropriate for a child who is a blessing from God. This name can also bring in good luck as it refers to the precious yellow metal, which is considered auspicious and one of the most prized treasures in all global cultures. Aurelia, just like gold as a metal, may also denote a child’s good sense of structure that makes her an excellent organizer and manager of any enterprise. Therefore, girls named so are stable, disciplined, practical, reliable, hard-working, and frugal, which makes Aurelia a worthy choice as a name.

Previous article « St. Patrick’s Day Quotes, Wishes & Messages to Send Your Dear Ones
Next article Nine Things Your Baby Wants From a Diaper (They Sure Have a Huge Checklist!) »