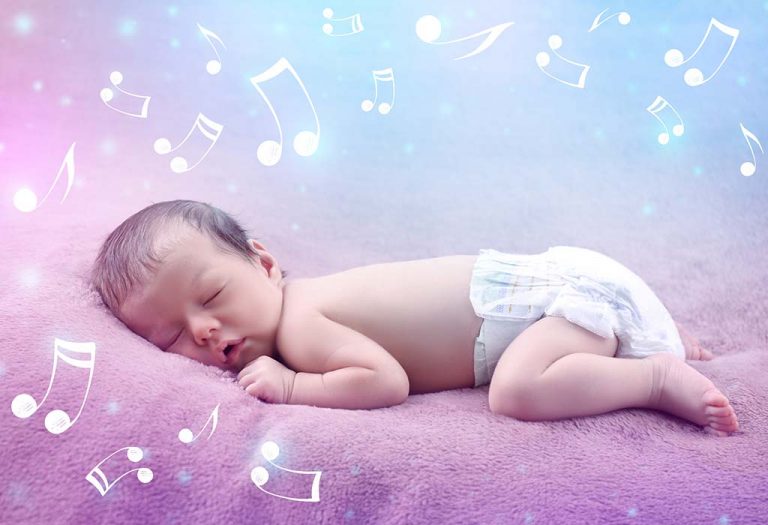 Parents always want a unique name for their baby boys and girls. The most important aspect for the parents is that the name should be impactful and meaningful. And, a good way to ensure that the baby’s name is unique is to choose one with a musical reference. Music is a universal language, and therefore, a musical name appeals to everyone irrespective of culture, religion, ethnicity or socioeconomic status. Here’s a list of beautiful and meaningful baby names that inspire creativity and are also trendy.

Parents who love music may want to give musical names to their baby boys. Music transcends boundaries, so a name inspired by music is sure to be liked by everyone. Several classical music baby names are still relevant and are never out of trend.

Alejandro is the name of the renowned Mexican singer, Alejandro Fernandez. This poetic and soft-sounding name is the perfect musical name for a boy.

Amadeus is a popular musical name for a baby boy due to its association with Mozart. The name has a Latin origin, and it means ‘love of God’.

This popular name is the name of the Greek God of music. This name is perfect for boys with a strong personality.

Music lovers will not shy away from this cute and Gen-Z-friendly name – Banjo. If you don’t know, Banjo is a unique musical instrument many people love to play.

Originated in Germany, Beck is a rare and short name, perfect for today’s boys. The name means “brook” or stream”.

This cute musical name is very pleasant to the ears. It is also an occupational name of Scottish and English origin, referring to ‘the ringer of bells’.

Decorating dozens of influential people like Bob Marley, the name Bob is a playful character in itself. You’d be surprised to know that the name means “bright fame”.

This musical boy’s name is a musical term associated with lots of energy and verve.

This cool and mysterious musical name for boys is a music genre of West Indian music. It was developed by Africans as a means of communication.

Cello is a magnificent musical instrument in the violin family. If you want to name your little something distinct, grand, and musical, this is the name for him.

This non-traditional musical name for boys has a zestful and impish quality. The name refers to shaping the sound of ‘rock and roll’.

This elegant musical name for boys refers to a musical mode. The mode is similar to the modern natural minor scale.

This name from Anglo-Saxon origin was earlier used as a surname. The name has become popular as a first name due to its smart and confident appeal.

Elvis is a popular name inspired by music. The name is a variation of Alvis meaning “old wise”.

With a Scottish origin, the name Fife is unique as not many people use or know this. The name means “a flute, ” – a small, high-pitched wind instrument.

Harrison meaning “son of Harry” is a Hispanic and Latin origin name. The name was made popular by George Harrison, the lead guitarist of Beatles.

This name is a variation of Henry. It has a Dutch origin, and means ‘ruler’. The name is also inspired by the famous guitarist Jimi Hendrix.

Jazz is a trendy musical name associated with the genre, Jazz. The name is also an abbreviation of Jasper.

Lars was the name of the famous Danish drummer, Lars Ulrich. In Scandinavia, the name also means ‘victorious’.

Member of the band, Beatles, John Lennon was a very popular singer-songwriter. The Gaelic name means ‘lover’, and is of Irish origin.

This English origin name means ‘a song’s work or words’. In Latin, the name is ‘lyre’ and has a diverse range of meanings.

Michael Jackson made this name immortal and timeless. The name has a Hebrew origin, and means ‘who is like God’.

This exotic musical name refers to the series of eight notes that separate one musical pitch from another with double its frequency.

This is an occupational name referring to someone who plays the pipes. This musical name for baby boys also has an English origin.

This rare and stylish name means ‘piglet’. The name is taken from the old French name ‘Pourcel’.

The name refers to a thin and small material against the mouthpiece of a musical instrument. This distinctive musical name is from Irish and English origin.

Tallis is a stylish boy’s name of French origin. The modern yet old name means ‘woodland’.

This cute musical name for boys is of German origin. It means ‘a travelling wolf’, and is the first name of Mozart.

Music has always been loved and appreciated by everyone, and today, musical names for girls are very much in trend! Therefore, many parents want a beautiful musical name for their darling daughter. The sweet and chirpy girls need a name just like their cute personality. Music-themed baby names suit baby girls perfectly even when they grow up, as they are timeless.

Here are some of the most popular Musical names for baby girls with meanings:

Well, who does not know the worldwide famous British singer Adele! If you see a budding musician or a singer in your little girl, then this would be the perfect name for her.

Aida refers to an opera that tells the timeless story of love and betrayal. The opera is set in Ancient Egypt and was composed by Giuseppe Verdi, the famous Italian composer.

Aliyah is a beautiful name of Arabic origin. The name is a variation of male name Aali meaning ‘sublime’.

This elegant name is of Irish origin and means ‘joyous’. In music, it is a term used for a tempo marking.

Aria is an Italian origin name that means ‘air’. The name means ‘lioness’ in Hebrew and refers to the long, operative piece for solo voice mostly in Operas.

Another vocal gem-inspired name, Beyoncé is a worldly name, perfect for bold and confident girls.

This beautiful name means ‘beat’, ‘rhythm’ or ‘flow’ in Latin. In music, the name signifies the end of the section or a phrase.

Carol is a classic name for baby girls associated with music and Christmas. The name is the female variation of Charles and means ‘freeman’.

This beautiful name refers to a small and heavenly sounding musical instrument that looks similar to a piano.

Inspired by the classic American folk song, the name Clementine has patiently stood the time with great elegance. It would make an adorable name for your little girl.

This beautiful girl’s name refers to a music term in Italian meaning ‘half’. The name is a variation of ‘demigod’.

This sweet name is an apt musical name for girls. The name became famous from ‘My Little Pony’ and the anime ‘Full Metal Alchemist’.

This elegant name is from Ireland. The name has its origin in the Gaelic word ‘Fionn’ which means ‘fair’.

Grace is a beautiful female name that refers to a small embellishment added as an ornament.

Gwen is the diminutive form of Gwendolyn. The sweet name means “white circle”.

Harmony refers to the multiple complimentary notes played together, creating a beautiful sound. The name is also used for “unity”.

Janet Jackson’s fan here (*calm down, calm down*)? Once top in the charts of baby girl names, it is once again finding its place in the Gen-Z era.

This sweet name is the name of the lead guitarist of the all-girl band ‘The Runaways’. The name has a retro flair and is a perfect musical name for a girl.

This beautiful name is a reference to a musical mode similar to a major scale.

Madonna is a popular female name that is an epithet for the Virgin Mary. The name with Italian origin means ‘my lady’.

A beautiful name with just as beautiful meaning, Madrigal is a Latin name which means “song for unaccompanied voices”.

Mariah is the stylish variation of Maria and Mary. The name is derived from the New Testament.

This beautiful musical name for girls refers to ‘the main tune in a song’ or ‘a musical piece’ or ‘a sequence’.

The name became popular because of Miley Cyrus, the famous singer. The name has an American origin and is derived from the name Miles, which means ‘soldier’.

Prudence is a beautiful name that means ‘cautious’ and ‘intelligence’.

This popular name needs no introduction. It is the variation of Rhianna, and means ‘the great queen’.

This popular name is a variation of the Latin word ‘sonare’ meaning ‘to sound’. The name is the diminutive form of Carolina or Caroline. It refers to a musical piece that is not sung but played.

Viola refers to a musical instrument from the violin family.  The instrument is slightly bigger than the violin.

Did you know that unisex musical names are loved by people worldwide? Since music is everywhere and unisex names work for both gender, a number of music lovers choose these names for their little ones. Let’s have a look at some of the popular gender-neutral musical names for little ones:

Addison is another popular name in the list of music lovers. Surely, this name will give your little one a strong personality.

Short of Alexander – the great Greek emperor, Alex is a cool unisex name popular in the US and Europe.

Related to the name Augustine, Austin has Latin roots that mean “majestic”, “great”, and “magnificent”.

Berkeley is an Anglo-Saxon baby name, which means “from the birch meadow”.

Dakota is a casual and light unisex name, perfect for playful children. The name in English means “friend” or “friendly”.

A gender-neutral name of French and Old-English origins, Denver means “green valley”. It is also the name of one of the states of the US.

If you are a fan of Drew Barrymore, then this is the name for you. By the way, Drew is a Welsh name which means “wise”.

One of the most commonly used names for boys, Lee has English origins. The name means “pasture” and “meadow”.

Originating from Spain, Nevada is a classy name meaning “snow-covered”.

Derived from the Old French word, “nael”, Noel has a very holiday-ish feel to it. The name means “of born on Christmas”.

Parker is another unisex name from Old English origins. It means “park keeper”.

The name is popular after the tale of Robin Hood, the saviour. It means “bright” and “famed”.

Salem is a cute name of Arabic and English origins. It means “peaceful” and “complete”.

It is natural for parents to emphasise on the meaning and the origin of the name they choose for their baby. Names inspired by music are timeless. Some indicate good virtues too. What’s more important is that it defines your beautiful baby’s identity and the baby cherishes this priceless gift you’ve given to him/her.