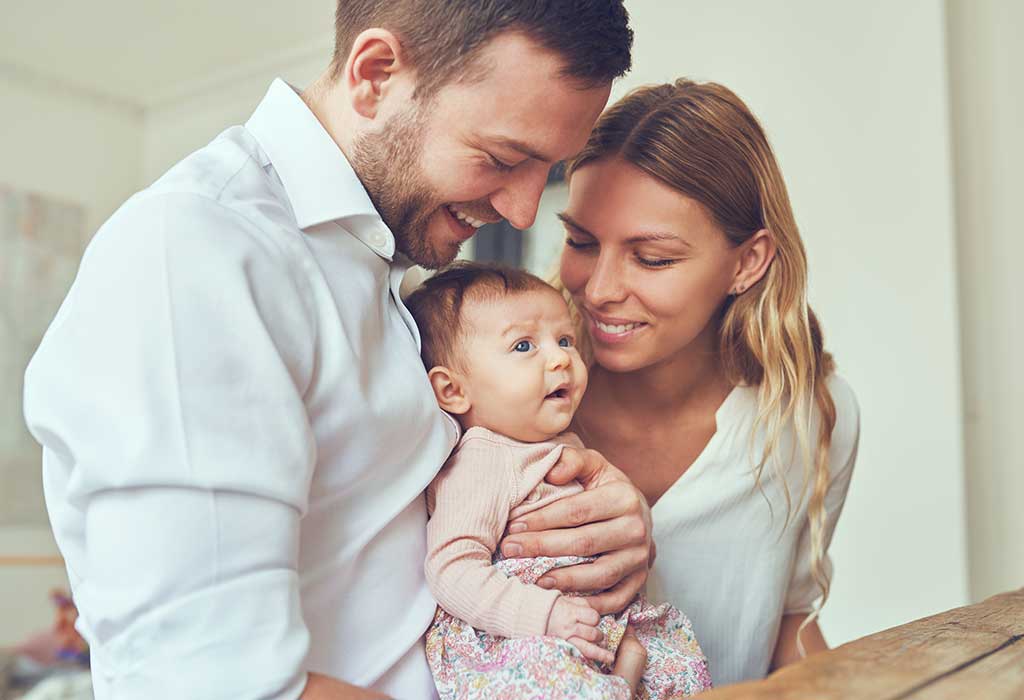 Using surnames has been documented in the oldest historical records dating back to the 11th century. Many cultures use additional descriptive terms to identify individuals that may indicate parentage, personal attributes, adoption, occupation, patronage, location of origin, or clan affiliation. The Roman naming system is characterised by a first name, family name, and an additional name. In contrast, Roman family names were most popular among the Romans of lower ranks who had double surnames. The Roman system of nomenclature consisted of a combination of personal and family names. Conventionally regarded as the basic elements of the Roman name, the tria nomina, or the combination of praenomen, nomen, and cognomen, represents a continuous process of development over the seventh century BC to the end of the seventh century AD. Rooted in history and heritage, ancient Roman last names defined characteristics of the Roman civilisation. Although the system itself disappeared during the Early Middle Ages, it exerted a profound influence on the development of naming practices in Europe and continue to survive even today. Here is a list of common Roman last names that you can choose from to add some value to your personal and family identity.

This curated list of famous Roman last names with their meanings can be an instant reckoner for selecting a suitable family name for one’s own self or your baby.

Aeneas is a very famous and traditional Roman surname. It is the Latin variant of the Greek surname Aineias.

Afra is a girl’s name of Arabic and Hebrew origin. In Hebrew, it means “colour of earth or dust”, while Afra means “white” in Arabic.

Derived from the Latin “amabilis”, Amabilia refers to “someone lovable” in Latin. It is formed by the combination of the suffix “bella” and “belle” coming from “bellus”, which means “beautiful”.

Amulius was the name of a Roman mythological king who overthrew his brother Numitor, king of Alba Longa.

Derived from the Greek word ángelos, Angela is a name of Latin origin meaning “messenger of God.”

Barbara is a common Roman surname referring to the patron of geologists, architects, artillerymen, and stonemasons.

Beatrix is derived from Viatrix, a feminine form of the Latin name Viator, which means “voyager or traveller”.

This last name of Latin origin means “heavy, dull”. This name belonged to the Roman statesman who conspired to assassinate Julius Caesar.

“Byzantine” is derived from Byzantium, an ancient Greek colony founded by a man named Byzas.

Derived from the nickname “the kaiser”, Caesar means “long-haired”. This popular last name was used as a title for various emperors. It also belonged to the Roman emperor, Julius Caesar.

This late Latin surname is derived from the Latin word candidus, meaning “white”.

Carbo is an occupational last name referring “to someone who sells, extracts coal, or lived by a coal outcrop”.

Cassia has a Latin origin, and it means “cinnamon”.

Cicero is derived from the Latin word “cicer”, meaning “chickpea”. It was also the last name of a great Roman orator, lawyer, scholar, and statesman.

This Roman family name has a Latin origin, and it means “tenth”.

Delphina is derived from Delphinus, taken from Delphi, which is the name of a city in ancient Greece.

Derived from the Greek word “Delphus,” or Delphos, Delphi means “hollow” or “womb.”

This name belonged to the Roman clans of Claudia and Livia and then inherited by the Julio-Claudian dynasty, and it means “strong and courageous”.

A variant of the name Ector, which originates from the Latin name Hector, Ectorius is rooted in Greek Hektor means “defender”.

Originating from Evandrus, Evander means “good man”. It was the name of Hermes, son in Roman mythology.

Fabius is derived from the Latin word faba, referring to “the grower of the broad bean, which was an important crop.”

The gens Fannia was a plebeian family in ancient Rome. Originating in Rome, the name Fannius is an old name that was first used in the second century BC.

Felice is a trendy surname with a Latin origin and means “happy” or “lucky”.

Felix is a unique last name among other Roman surnames. In Latin, the name means “lucky”.

Flaccus is another common Roman family name which refers to “flap-eared”.

Derived from the French version of Florentia, a Roman martyr under Diocletian, this Roman last name means “flourishing”.

Frugi is a pleasant-sounding Roman last name meaning “a bowl of fruits”.

Originating from Latin, Gabinus refers to someone from “of Gabium”, an ancient Italian city.

Originating from Gaius, Gavia, or Gabia, was a Roman family of plebeian descent. This patronymic surname means “to rejoice”.

Hadrianus, in Latin, refers to someone “from the ancient city of Adria or Hadria, in northern Italy”.

Helvia has a Latin origin, and it means “blond hair”. The gens Helvia was a plebeian family in ancient Rome.

In Latin, Hortensia means “garden” and is the feminine form of the Roman family name Hortensius.

Italus means “of Italy” in Latin. According to a Roman legend, Italus was the father of the founders of Rome.

Janus has a Greek origin, and it means “gateway”. He was also the ancient Roman god of beginnings and transitions.

A form of Latin Julius or Julianus, this Roman surname means “devoted to Jupiter”, who was the god of gods in Roman mythology.

Junia has a Greek, Latin origin and it means “born in June”. Its feminine form is Junius, an old Roman family name derived from Juno, the mythological Roman queen of the gods.

Juventus derives from the Latin word iuventūs, meaning “youth”. It was also the name of the ancient Roman goddess of youth and rejuvenation.

A cognate of Leon, Leos is derived from the Latin name Leo, meaning “lion”.

Originating from Latin, Livia is the feminine form of Livius, which might have come from Livio, and it means “to envy”.

Derived from Latin, Maia is a Roman mythological name referring to the Roman goddess of spring, who embodied the concept of growth.

This Roman surname has a French origin, and it means “young warrior”. It is also derived from the name Mars, the Roman god of war.

Derived from Latin ‘Marianus’, Mariana is the feminine form of Marianus borne by the Roman mythological god of war Mars and Saint Maria.

Marinelli is a family name derived from a place named Marino in the city of Rome.

This is another common Latin family name.

Originating from Latin, this Roman surname means “the greatest”.

Muzaka is the family name of a renowned noble family that ruled central Rome in the middle ages.

Derived from the Latin name, Neptunus, meaning “wet, damp, moist”. Neptune was the god of the sea in Roman mythology.

This surname derives from the Latin “Neptūnus,” or Latin “natō,” meaning “to swim”, or from “nauta”. It’s also related to Neptune, the god of fresh water and the sea in Roman mythology.

The family name Numitor belongs to the name of the king of Alba Longa.

This odd Roman last name refers to a type of large sea vessel.

This Latin family name derives from Paulus or Paullus, and it means “small” or “humble”.

Pluto is the Latin variation of the Greek name Plutos, meaning “wealth”. Pluto was also the Roman god of wealth and the underworld.

Pollux is derived from the Greek name, Polydeukes, meaning “very sweet”. As per Roman mythology, he was the twin brother of Castor and a son of Zeus.

Pontius is the name of the Roman gens Pontia, a family of Samnite origin. In Greek, Pontos means “sea”, or it might mean “of the sea”.

Poplicolais a combination of two Latin words, Populus “the people” and Colo “to cultivate; tend; take care of”.

This surname derives from the Latin “prospĕrus” meaning “prosperous, happy’.

Quirinus is an early god of the Roman state and also attested as a surname to Hercules. It stems from Latin quirīs, meaning the “wielder of the spear”.

This Roman mythological name of Latin origin belongs to one of the founders of Rome.

Romulus is a very beloved surname in Rome as it is the name of one of the city founders – Romulus.

This Roman surname is derived from Saturn, the Roman god of agriculture and wealth. He was also the father of Jupiter.

Derived from Latin sāl, it means “salt”. This Roman mythological surname refers to the goddess of salt water.

Scipiones is the family name of a renowned family of the Roman Republic.

This surname represents the Cornelia Scorpions, a branch of the Cornelia family of the Roman Republic. Scorpio is identical to the Latin word “staff” in the sense of sceptre.

Severan is the name of a dynasty.

Derived from the Latin word Silva, this name refers to the Roman god of forests.

This Roman mythological surname originates from Titus, who was the king of the Sabines. A patronymic derived from Latin “Titius” means “honourable”.

Tiberius comes from Latin origins and means “near the Tiber river”.

Tiberiu derives from the Latin “Tiberius”, referring to “someone from Tiberis”.

Derived from Roman cognomen, Tiburtius, it means “someone from Tiboli or Tibur”.

Derived from Greek mythology, Titans were powerful, immortal giants and the word Titan is derived from the Latin word titulus, meaning “title of honour”.

Derived from the mythological figure Titus Andronicus, Titus is a Latin praenomen or personal name used by both patrician and plebeian families. It means “title of honour”.

A variant of Triarii, Triarius was a rank given to Roman soldiers in the battle frontline.

This biblical name of Spanish origin means ‘My light is Jehovah’.

This name has a Latin origin, and Ursus means bear.

Valentius is a common family name in Rome, meaning “strong”.

The name Valor has its roots in Latin, and it means “bravery”, “strength”.

Vesta is a Latin name for the Roman goddess of the hearth.

This is the Latin version of the Slavic name Vaclav, and it means “great glory”.

Derived from the word zófos, meaning “west”, Zephyrinus comes from ancient Greek, and it means “the west wind”.

Zoticus is the Latin form of the Greek name Zotikos, and it means “full of life”.

Whether you’re on a quest to unravel your family’s origin, ethnicity, or religion or picking a powerful Roman surname to usher in good luck, this list of meaningful last names will guide you to reach your goal.