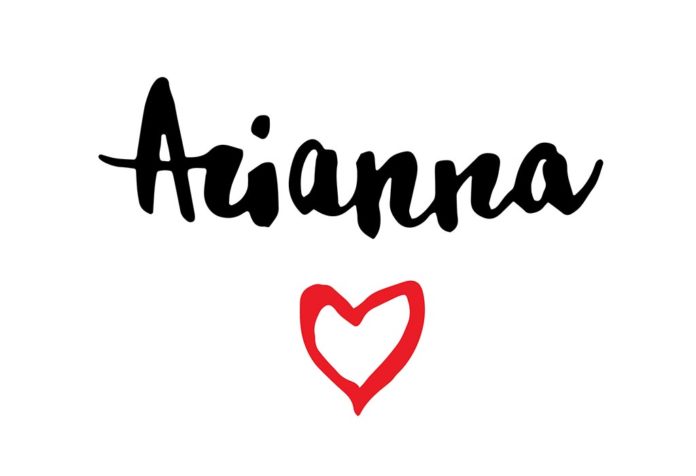 Derived from the Welsh word “arian,” Arianna means “silver.” Ariana is a term used in the Age of Classical Antiquity that comes from Latin Arianus or Ariana, derived from Greek Aria or Areia. The Latinized form of the Greek name Adriane is a combination of Ari, meaning “most,” and Adnos, meaning “holy.” Also, the Old Persian Ariya stems from the Sanskrit Arya, meaning “compatriot,” “noble,” or “good family.” Its alternate spelling Ariana has gained favor in recent years due to a pop star who sports a very long ponytail.

What Does Arianna Mean?

Ariana is a feminine Persian name widely used in different languages and cultures. Arianna and Ariane are the most common variations of the name. In German, the meaning of Arianna is “melody,” and in Greek, it means “Holy.” She was the mythological daughter of King Minos of Crete. Ariana is sometimes used as a Welsh name which is an elaboration of Old English Arian meaning “silver.”

Greek names were widely used in the eastern part of ancient Persia in reference to their nativity in Iran. Iran originates from the Old Persian word Ariana, meaning “The Land of the Aryans.” The Greek and Roman authors belonging to the era of Antiquity also used Arya to refer to an extensive territory in Central Asia, comprising the eastern part of the Persian Empire, now Afghanistan, and a part of Iran and southeast Tajikistan. Adriane was a popular variant of Arianna and belonged to the Cretan princess, who was primarily connected with mazes and labyrinths because of her involvement in the myths of the Minotaur and Theseus as per Greek mythology.

Arianna name variations offer fascinating possibilities that have flourished in different languages around the world. Some other spellings for Arianna that may be easier to recall and use in daily life.

How Popular Is the Name Arianna?

Arianna is predominantly a girl’s name. The Arianna baby name ranking reached the top 40-100 most popular names during the first and second decades of the 21st century. Since 1959, Arianna has been used in the United States, with over 1,00,439 girls given the name in the past 200 years. The name surged to popularity as a baby name in 2003, when its usage went up by 125.92%, with around 3,794 babies being named Arianna. The Arianna popularity index peaked at 30 as the most popular name for baby girls in 2014 in the United States. According to Social Security Administration data, Arianna is the second most popular spelling and only slightly behind Ariana. Equally suitable for a pop princess or a CEO, Arianna Huffington, founder of the Huffington Post, and pop singer Ariana Grande put this elegant name as a worthy contender for newborn girls.

Search trends data reflects an incredible interest for Arianna, recording a popularity score of over 40 for the past four years, reaching 100 in September 2014. The lowest value recorded in the popularity index was at 29 in October 2021.

Interest in Arianna – US

Search trends for Arianna have recorded consistent search popularity of over 20 for seven years, reaching 100 in September 2014. The lowest search value recorded on the popularity scale was 22 in March 2020.

Popularity of the name Arianna

Search trends reflect the highest interest for Arianna in Italy in the last ten years, followed by the United States, Canada, Dominican Republic, and Venezuela. As Germanic names in Italy started to increase after the fall of the Roman Empire, an Old English cognate like Arianna has been embraced by Italian parents the most.

Search trends of Arianna in the US

Among the sub-regions of the US, Rhode Island leads in terms of the city with the most searches over the last ten years. Massachusetts, New York, New Jersey, and Hawaii make it to the top 5 cities of the US, where search trends for Arianna have been recorded to be the highest.

Middle Names That Go With Arianna

A youthful middle name can elevate the refined appeal of Arianna. Here is a roundup of the best double names with Arianna that gives your child a unique name.

Celebrities make or break a name as a result of their notable or notorious deeds. Here are some of the famous personalities named Arianna who have added glory to the name.

Baby names like Arianna give you instant suggestions based on their inherent feel. Family names for Arianna may indicate genetic inheritance and determine a person’s place of origin or occupation in society. Here are some of the other names for Arianna that retain a similar graceful air:

Names that rhyme with Arianna can employ an interplay of stressed and unstressed syllables to convey lyrical expressions. Here are some names that can be matched to sound like Arianna:

Sibling names can be coordinated based on a particular theme or style. Here are some of the best sibling names that go with Arianna and can be considered for your dream team of sib-sets:

A nickname may not have the similar lifetime significance as a first name but brings out the distinctive qualities of your child affectionately. Here are some of the nicknames for the name Arianna that may reveal your quick wit and sense of humor in the selection process.

A smooth, attractive choice, Arianna is on the rise with both single and double ‘r’s and ‘n’s- due to its versatility that’s hard to match. Blending well into various backgrounds and classes, this religious name feels like a natural fit among today’s trending baby names.

An Innocent Journey of My Pregnancy and Motherhood

Beware! Is your Make-up Making you Look Older?

Mommy Lies You Tell Yourself Just to Survive!