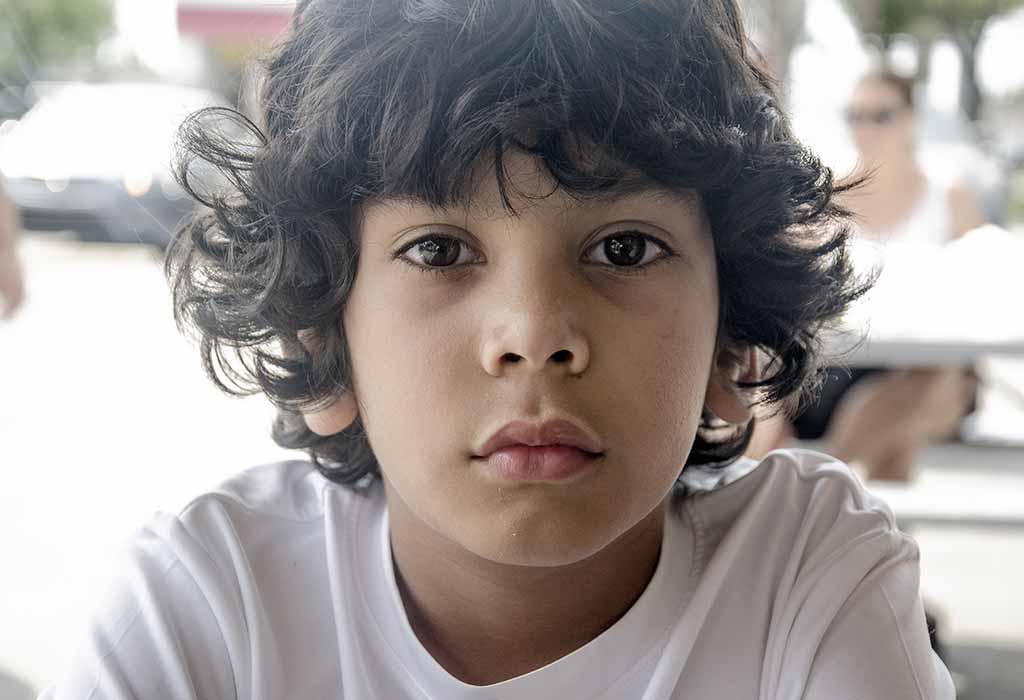 An absence seizure is a condition that has symptoms not immediately recognizable by most people. The condition is characterized by sudden and frequent episodes of unconsciousness or “zoning out” of the child, which would appear as a long pause. However, being nonconvulsive, signs of absence seizure in children are trick to identify by those who do not know about it. If you suspect your kid might have absent seizures, it is ideal to consult a doctor for diagnosis through an electroencephalogram (EEG). Continue reading to understand all about absent seizures in children, the risk factors, diagnosis, and treatment.

What Are Absence Seizures?

Absence seizures are a type of epilepsy that often goes unnoticed as the signs are easy to miss. The brain functions by firing electrical impulses between the nerve cells, called neurons. These electrical signals become abnormal in people who have seizures and might involve the whole brain (generalized seizures) or only a part of it. Also known as petit mal seizure, an absence seizure is a type of generalized seizure usually triggered by an exertion of some sort. Children with an episode of absent seizure that can last for 15 seconds or more appear to suddenly zone out or stare into space without paying attention or being responsive. Absent seizures rarely cause convulsion, which causes the child to collapse, and although they briefly lose consciousness, they recover without any confusion or lingering effects.

It is estimated that about 10% of seizures in children who have epilepsy are absent seizures. Absent seizures typically occur between the ages of 4 to 14 years and affect about 6 to 8 out of 100,000 children. Generally absent seizures are not harmful, and many grow out of them by the time they reach puberty.

Since absent seizures are a type of generalized seizure, it is also caused by abnormal electrical activity in the brain. While the exact cause of the abnormality is unknown in many cases, the condition positively correlates with a genetic history. Here are some types of epilepsies that could cause absence seizures in kids:

This condition begins between the ages of 4 and 8, where children have absent seizures multiple times in a day. It could be triggered by several causes such as sleep deprivation, improper treatment, flashing lights, and hyperventilation.

In the case of a JAE, the seizures might begin after ten years of age in children. Children with JAE develop tonic-clonic seizures while the frequency and duration are far lesser than those with CAE.

Children who have JME experience fewer absent seizures, and the condition is characterized by the myoclonic seizures that occur upon awakening in the upper limbs.

LGS is a rare but severe childhood epilepsy condition, where up to 60% of children with the condition experience atypical absence seizures.

What Are the Symptoms of Absence Seizures in Children? The symptoms of absence seizures in children can vary depending on the type of condition they have. Both the typical and atypical absence seizures often go unnoticed in the beginning. However, as the episodes repeat, observers can notice patterns.

There are two types of absence seizures:

The typical absence seizure is characterized by a sudden onset where the child loses awareness and may not remember the events during the episode. Some may also move their facial features such as forehead, eyebrows, and lips.

Complications of Absence Seizure in Children

Although most children respond well to treatment over the years, absence seizures in children can cause several complications. Some of the long term complications can include:

How Are Absence Seizures Diagnosed in Children?

Here are some of the ways to diagnose the condition:

An observational history by the parents is the first step in diagnosing the condition – a well-written description of the first time the seizures were noticed, the conditions that trigger the episodes, and any other observation that might be useful for the doctor.

Once absence seizures are suspected from behavioral patterns, an EEG (electroencephalogram) is done to look for possible seizure activity in the brain. An EEG looks for electrical signals in the brain, typically seen in people who have absence seizures. The diagnostic procedure would involve flashing lights or hyperventilation to trigger an episode, while the EEG measures brain activity.

MRI or CT scans are also used to look for typical signs of CAE in children.

Treatment for Absence Seizures in Children

There are mainly two approaches used for treating absence seizures in children:

Anti-seizure medications are the first line of treatment used to treat children, depending on the severity of the condition. The doses are always started at the lowest and slowly increased as per requirement. When the child is free from seizures for more than two years, the medications are stopped. Here are some of the commonly prescribed medications:

Some children also find it beneficial to adopt a ketogenic diet to improve seizure control, so the doctor might recommend it if the medications are not entirely effective. Ketogenic diets involve an intake of foods that are high in fats and low in carbohydrates.

Several other diets can help, such as a modified Atkins diet, which has variations in carbohydrates and fats from the keto diet. These low glycemic diets might also be recommended to control seizures. However, since they put a strain on the child’s nutrition, they need to be followed strictly under the supervision of a dietician.

How to Prevent Absence Seizures in Children?

As the child and parents learn to live with the condition, specific measures can be taken to prevent the condition or decrease an episode’s risk. Here is what can be expected:

It is essential to take the medications on time and stick to the advice given by the doctor to prevent any episodes. It is also necessary to manage stress and other triggers that lead to seizures. Other ways to prevent absence seizures include plenty of sleep every night, eating a healthy diet, and exercising regularly.

Absence status epilepticus is an extremely rare but more severe form of epilepsy characterized by prolonged generalized absence seizure. Children who have this condition will experience absence seizures that can last anywhere from 30 minutes to hours or even days in the most severe form. These children will appear to be daydreaming during an episode and may find it challenging to speak or even behave irrationally. They would also not respond to voice, touch, or eye contact during the episode. It is critical to follow the doctor’s advice for children who have this condition to prevent seizures.

3. Prevention in the Long Term

The prognosis of an absence seizure is that the condition resolves by adolescence. However, the initial treatment started with ethosuximide is not always enough to bring the condition under control in those who have generalized tonic-clonic seizures. They would require more medications, and there is little chance for long-term remission of the condition.

How to Help Children With Absence Seizures?

Although living with absence seizures can be challenging for some children, there are basic steps that you can take to make life easier for them.

Medications are critical to treating the condition. Therefore, it is essential to maintain a regular schedule of medicine intake. Talk to the doctor and learn about remedial measures to take if doses are skipped. Never stop the medications even when you see improvement in the child unless the doctor approves it. It is best to request the doctor for a change in medication if any side effects are seen.

People who regularly interact with the child must be made aware of the condition. This is particularly important with the school and teachers as they can devise special learning routines for your child to keep up with the rest.

It is common for children with the condition to feel embarrassed and develop emotional issues because of the stress it causes during social interactions. Talk to a child psychologist and your child about what can be expected; discuss healthy coping ways to deal with the emotional issues that might arise.

4. Awareness of the Limits

Knowing your child’s risk factors related to an absence seizure makes it easier to stay cautious and not trigger an episode. Maintain caution when engaged with high-risk activities such as sports or swimming. You can also restrict the use of pools or bathtubs in the beginning as the risk of drowning is high in the event of a seizure.

Stress is a significant trigger for most children, and they must learn to manage stress. It can be helpful to learn mindfulness and other stress management techniques to keep their emotional states stable. Encouraging reasonable amounts of sleep is also very important in preventing seizures.

Medical IDs can be handy in the event of a seizure so the medical personnel can give the appropriate treatment. It will also help notify others in an emergency so the right action can be taken.

7. Coping With Stigma and Discrimination

People with epilepsy often face stigma and discrimination even from people who are known to them. Children are especially prone to bullying, and therefore, it is essential to talk to the teachers and students about it.

It is ideal to contact your doctor as soon as you notice symptoms of the conditions to get a faster diagnosis and start treatment. It is essential to learn to recognize as it is challenging to recognize absence seizures in toddlers. While the symptoms can be missed the first or the first few times, repeated episodes where the child seems to freeze and zone out without responding to visual, auditory, or sensor stimuli, such as name-calling or touching, are major signs of trouble.

If you are already aware of your child’s condition and notice a different type of seizure or a new set of symptoms, it is essential to call the doctor. The same applies to recurrent seizures that continue even with medication. If you notice that your child zones out longer than usual, along with prolonged signs of confusion and behavioral abnormalities, call 911 as it could be a medical emergency.

When you decide to visit your doctor, have your reason, observations, and questions systematically written down in a notebook. Make notes of important instructions and notes on what specific medications are administered to your child.

Whether it is absence seizures in preschoolers or preteens, the condition needs to be dealt with immediately for a favorable long-term prognosis. Children who develop the condition young have a good chance of outgrowing it during puberty, and many recover by the time they are adults with proper treatment.