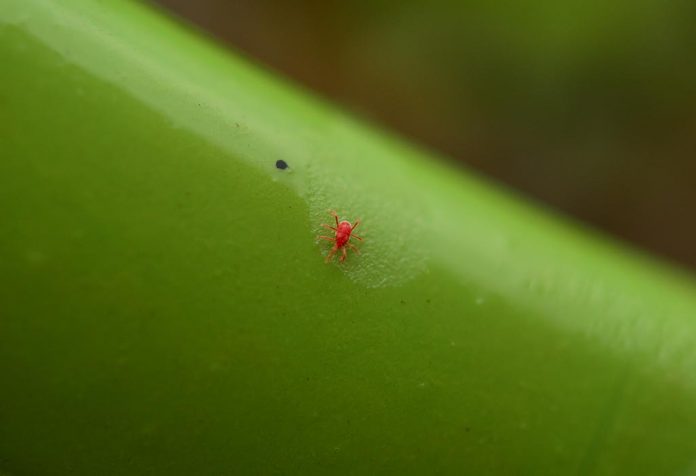 Chiggers are tiny invisible species of arachnids that go unnoticeable within grassy areas like lakes, streams, and forests. One may get bitten by the chigger on or near grassy vegetation areas or locations that receive maximum sunlight. However, chigger bites on humans can cause itchiness and nagging discomfort. Learn ways to identify chigger bites in children and their various treatment methods.

The increasing temperature of the summer months invites an excessive number of insects like Chiggers. These are tiny red mites called trombiculid mites or red bugs. Their bites may not be too painful but can cause itching or redness. Chiggers are small and can be visible only under a magnifying glass. Both humans and animals can get bitten by them at the same time.

What Causes Chigger Bites in Children?

Chiggers are a particular variety of small insects or parasites that draw the blood from the skin of animals and humans that they feed on. More commonly found in warm weather like late spring or during the height of summer months, they bite on the skin and cause symptoms like redness, swelling like round bumps, itching, or pain. Although chiggers are bugs that do not necessarily bite, they aren’t exactly very harmful or cause any serious health issues. Children who spend more time outdoors during summer are more likely to get bitten by insects outdoors as their skin is more exposed to getting bitten by insects. Chiggers don’t burrow and reside in the skin. Instead, they use their sharp jaws to inject saliva containing an enzyme that breaks down skin cells. Chiggers use this enzyme as food, which allows them to stay on the skin’s surface area for several days. Usually, Chiggers get attached to tight-fitted clothing, mainly around the waistline, groin area, bend of elbows, the backside of the knees, bra line, within armpits, or on the ankles.

How Do Chigger Bites Happen?

After hatching, baby chiggers sit on plants using their claws and wait for human or animal hosts. Once they pass by, Chiggers get attached to them, pierce the skin, spit and inject their saliva. The chigger’s saliva contains chemicals that dissolve the skin cells and provide the protein needed for an adult chigger to grow. A chigger bite rash looks like a reddish bump on the skin surface two days after the chigger drops off. Once bitten, the skin starts itching within 3 to 6 hours post attachment. It can be more intense in the first couple of days and may last a week or more. A maximum of 2 weeks is required for the affected areas to regain their normal appearance.

A chigger bite symptom can cause varied kinds of reactions in different people. Here are some of the reactions caused by the mite’s saliva when injected into the skin:

Which Children Are at Risk for Chigger Bites?

The risk of getting bitten on the exposed skin by the chigger bug is more for children who spend more time outdoors during summer.

How Are Chigger Bites Diagnosed?

Doctors or healthcare providers usually identify chigger bites by examining your child’s affected area. It may be difficult to ascertain the type of insect that caused the chigger bites. Here are some common methods of diagnosing chigger bites.

Treatment for Chigger Bites in Kids 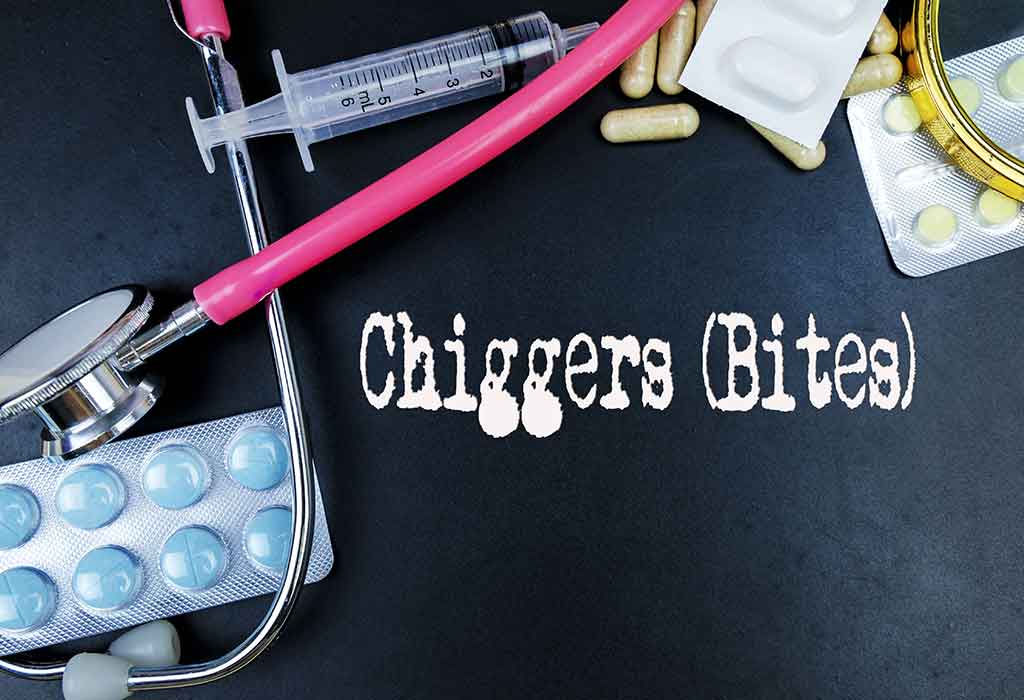 Depending on the type of skin, insect bites to treat Chigger bites can affect them in more ways than one. Chigger bite is not a transmissible disease; however, they can get infected due to excessive scratching. Treatment can thus vary based on your child’s symptoms, age, general health, and the severity of the condition. Here we discuss some methods of curing chiggers in toddlers to relieve their pain and itching.

Avoid giving ibuprofen or aspirin to children below 6 months of age. Consult your child’s doctor before administering any medications, especially if your child has chronic liver or kidney disease or if they had a stomach ulcer or gastrointestinal bleeding.

How to Prevent Chigger Bites

Chigger bites aren’t contagious but can be annoying. Here we note some measures that can be taken to prevent chigger bites in children:

Usually, chigger bites can heal after weeks and typically be managed at home without any immediate medical. However, if the need arises to see a doctor, here are some ways to deal with these Chigger bites.

Necessary precautions can prevent your child from Chigger bites as prevention is always better than cure. However, a parent can note down all about the diagnosis, any new medicine, treatments, or side effects of a new medicine referred to for your child. Find out any alternate methods of treatment, the reason behind a test, procedure, and its results before proceeding with the treatment for Chigger bites.

Introducing Nuts to a Baby – How & When to Give

The Secret to Beautiful Selfies with Your Kids