Seizures in Children – Causes and Treatment

Seizures in Children – Causes and Treatment 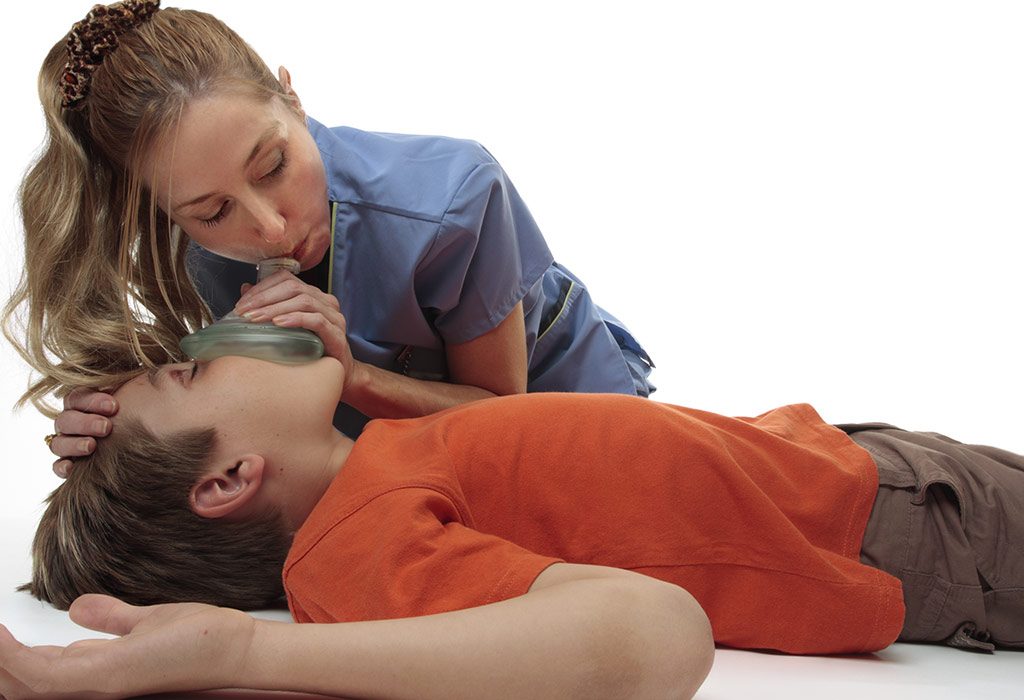 There are many types of seizures that affect children. In fact, the seizures an infant experiences are very different from seizures in a toddler, a school-going child, or a teenager.

A seizure occurs when the brain functions abnormally. This could cause a change in movement, awareness, or attention. They occur in children for multiple reasons.

How to Know If Your Child is Having a Seizure?

A more serious seizure will involve symptoms like becoming unconscious, falling to the floor, jerking, twitching, and losing bowel or bladder control. This type of seizure could last for a few minutes and can be quite terrifying if your child is experiencing it for the first time.

It is important that you familiarize yourself with knowledge on seizures. Quite often, the narrative surrounding this condition is apocryphal in nature and only spreads fear. Here are a few facts that you must keep in mind when it comes to seizures:

Causes of Seizures in Children?

The root cause of seizures vary depending on the individuals, the commonalities are as different as the people are. It is assumed that there may possibly be seizure triggers in children but this has not been confirmed by researchers or doctors with any empirical evidence.

One reason seizures may occur in children is that the cells located in the human brain fire in an abnormal manner, this results in minor nerve damage. Another could be due to an extreme change in brain chemistry. Both these types of seizures indicate a form of trauma or brain defect. Seizures in children could also be caused by blunt force trauma to the head; this would be an external impact seizure that might be temporary.

Disclaimer – In case of a blow to the head that results in seizures, consult a physician immediately.

A forceful injury to the head where the force of a fall or an accident is felt in the brain can also lead to different types of seizures in children. Most seizures in babies are not indicators for epilepsy in children. In fact, children between the ages of 3 months to 6 years can have febrile seizures and they are quite harmless. A strong negative emotional reaction like fear or anger and a reaction to injuries can cause young children to involuntarily hold their breath; this can also cause seizures in young children. There are other causes for seizures like: There are numerous causes and sources of seizures in children. Some causes are still being discovered by researchers.

Note – It is important to remember that the primary key identifier for epileptic seizures in children is deductive reasoning. If a seizure is not due to external influences like night terrors, medication, an injury, a fever or a lack of oxygen to the brain then the chances are the child has epilepsy.

Symptoms of Seizures in a Child

Seizures are not all common and do not have a single cause, this is also due to the different varieties or kinds of seizures that can afflict a child. Depending on the cause the signs of seizures can vary. Not all types of seizures in children are considered life-threatening, it is crucial for the health of the child that the parents not panic and jump to conclusions.

Disclaimer – Please consult a physician if seizures are recurring in the child, do not self-medicate.

It is important that parents understand what to look for, the symptoms and markers of seizures should be recognizable and it is vital to know what the signs that point to seizures are. Here are some of the most common symptoms of seizures in children.

Disclaimer – The lack of alertness can be an indicator of seizures but it doesn’t guarantee one is coming or has happened, this factor only helps a doctor decide if further examinations are required.

While seizures look frightening, they do not cause any damage themselves. Some forms of partial seizures can cause fear in both the child as well as people around him. Since the child has no control over his or her actions, they can repeat motions and movements that are worrying to people watching.

Seizures can also cause injury if the convulsions are particularly violent. Sometimes, the child could be holding an object that could cause injury while the muscles jerk. They could also get hurt when they hit the ground or hit another object near them.

The scenario is different if the seizure lasts for more than five minutes as it could cause brain damage. Make sure you rush your child to the emergency room in such cases.

There are various tests a doctor can use to diagnose your child. These tests are based on the age of your child and the type of seizure your doctor thinks your child suffers from. This can be determined by giving the doctor a detailed history of your child’s medical health including any dangerous chemicals they might have been exposed to. Try to describe in detail the actual seizure with records of how long it lasted, time of occurrence, and extent of tiredness afterwards.

The tests are based on the type of seizure. Some of them are as follows: There are multiple steps you can take to make sure that the effect of the seizure on your child is kept to a minimum. There are some that you can do in your home and others where you will need medical assistance.

Sometimes, you might be in charge of overseeing a large group of kids’ play activities. Here is what to do if a child has a seizure.

The treatment for seizures in children is very different from that in adults. Unless the root cause of the seizures is pinpointed, doctors will not recommend medication to your child.

Most children suffer from seizures only once in their lives. This is one of the main causes for not medicating children who have had their first seizure. Some of the drugs used to treat seizures could cause damage to the liver or teeth apart from having other side effects.

If your doctor has prescribed medication for seizures, then this will be followed by multiple blood tests as the doctor carefully regulates the drug dosages.

In the case of status epilepticus, your child will be admitted to the ICU and will be administered with anti-seizure medication. How to Prevent Seizures

Unfortunately, most types of seizures cannot be prevented. Only in the case of febrile seizures in a child, can you take care to ensure that the fever is treated quickly. One of the best things you can do is ensure that your child does not get hurt when experiencing a seizure. Since most kids with seizures can enjoy a full and active life, care must be taken to ensure that an adult is around for supervision. Make sure you run the scenario of a seizure with the adult and should at least give them your emergency contact numbers. You must also have a shower in the bathroom your child uses as opposed to a bathtub as the latter runs the risk of accidental drowning in case of a seizure.

Usually, children with seizures go on to have full and rewarding lives. Sometimes, their brains ‘outgrow’ their seizures and stop having them for years. This is a great time for your doctor to wean your child off medication and see if he can continue having a seizure-free life.

Even children who suffer from status epilepticus have a low risk of dying from this type of seizure. In fact, if your child gets timely medical help, there is no reason to assume that he will suffer from permanent damage.

However, children who suffer from developmental disabilities or have neonatal seizures can suffer from limitations and might need special attention as they grow. Your doctor will be able to best tell you what you can realistically expect.

Can Seizure Disorders in a Child Cause Brain Damage?

In case your child experiences many seizures that last for a short time, then your child will not suffer any brain damage. Damage is usually caused when the seizure continues for more than five minutes. It is imperative that you keep track of your child’s seizures and call for help as soon as you think the seizure is going to last for more than five minutes. Sometimes, seizures will be accompanied by periods of where your child does not breathe. If the brain’s supply of oxygen is cut-off for an extended amount of time, then this could also damage the brain.

You must ensure that your child receives immediate medical help when he has a seizure. It is best to leave it to your doctor to make the final diagnosis. Have an open and honest discussion with your doctor regarding the lifestyle of your child as well as any treatment your doctor would recommend.

Make sure you have a discussion with your child about his condition. Try to be as honest as you can without scaring him, and answer any and all questions he may have. Remember, your child is probably just as scared as you are and it would comfort him to know that he is not alone.