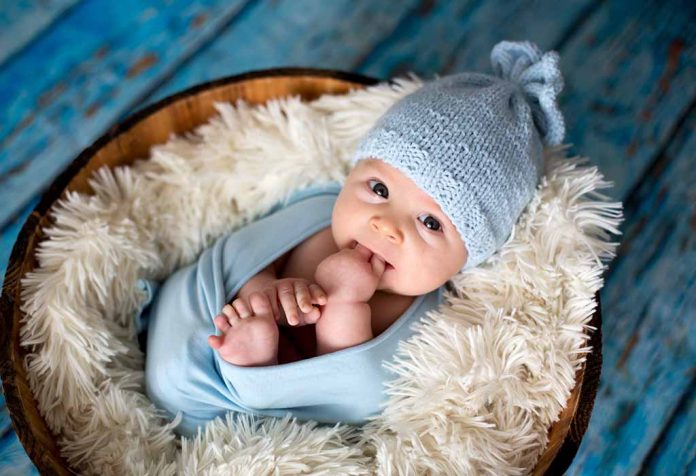 Right from the moment your baby pops out all you can think about is his cute innocent face, his smile, his eyes, and just be awed at the miracle life has bestowed upon you! You would have seen babies before, but the surge of emotions you go through while holding your own baby for the first time in your arms is something unimaginable! So, from here your name hunt begins, all you can now think about is which name would be suitable for your little one. To make things easier for you here we have suggested top 50 bird-themed names for baby boys which you may find unique and refreshing from the usual names.

A classic masculine name that means ‘falcon.’ Altair is an Arabic name for falcon and also the name of a bright star in the sky!

A slightly unconventional name yet charming, Akos is the Turkish name for ‘falcon.’ Akos would remind you of the famous American singer Akon!

Quite a popular name all across the world, Arnold means ‘eagle power.’

Quite a unique name, Birtle means ‘hill of birds!’

A Celtic origin name meaning crow, Bran is a short and sweet name that can also be extended as Branwen or Branok which also means the same!

Byrd is the slightly twisted variation of the name bird. This bird inspired name is pretty common amongst little boys!

Burdett is a rare and simple name that means ‘a baby bird!’

A cute and innocent name well suited for little boys! Callum is the Scottish name for the name Columba that means ‘dove.’ Callum is a popular name in Scotland, England and Ireland!

Culver is an English variant of the name Columba that means ‘dove.’ Culver is a cute name with a beautiful meaning that would be perfect for your son!

The beauty and innocence of a dove mesmerises all! Colm is the Irish name for the bird dove! Another extended variation of Colm is Colman which also has the same meaning.

A cute and unique name well suited for boys, Chelidon in Greek is the name for a swallow bird!

Crane is a long-legged and long-necked bird that comes from the family of Gruiformes. A flying crane is a beautiful sight with its neck outstretched, and the actual meaning of the name Crane is to ‘stretch one’s neck.’

A cute and lovable name meaning ‘brood of birds.’

A classic name that represents cranes!

A powerful name for boys, Eagle represents a beast-like strength and power. Eagle is also known as the king of birds and is known for its strong and powerful body and sharp beak.

A Hebrew origin name meaning ‘bird.’ Efron is a classic masculine name for young boys! A famous bearer of the name is Zac Efron, an American star and singer!

If you are looking for a powerful, sleek and agile name for your baby boy then Falcon is the perfect name! Falcon is the preying bird that is found in all continents except Antarctica.

Another classic bird-inspired name meaning ‘a falcon trainer.’ Faulkner was a name quite popular during medieval times when falconry was a popular sport!

You might not have heard of Fechine, but you would have surely heard about the large all-black raven! Fechine is the Irish name derived from ‘Fiach’ that means raven.

Finch is a tiny passerine bird and is also kept as a pet at times!

Gannet is the name of a beautiful sea bird with a large pearl white body and yellow coloured heads!

An exotic Welsh name that means ‘may hawk.’ A famous bearer of the name is Gawain Vincent, the famous British handball player.

A cool and classic variation of the name Griffin, Griffon means ‘strong lord.’ The name is inspired by the Griffon vulture!

Again, an oh-so-familiar birdie name that’s inspired from the majestic hunting bird, Hawk. These days you’ll find Hawk more as a surname than a name. Nevertheless, the name has its own charm!

This beautiful long-legged and long-necked freshwater coastal-bird, Heron can also be called as Herron. Heron would serve as a cute name for your little one!

A strong and powerful name for boys, Horus is the name of the might Egyptian sun god with a falcon’s head!

A Native American name for the eagle bird, Hula is quite an uncommon name these days! However, it’s perfect for those who like unique names!

An adorably cute name for boys, Jay is a beautiful medium-sized bird that is a native of the eastern part of North America. Blue Jay is the most beautiful of them of all!

A cute Irish name meaning ‘blackbird.’ A cute nickname of Loni would go well with this name!

Manu is a short and sweet name that has multiple meanings! Manu is an Indian origin name which means ‘man’ in Sanskrit. It is also a Polynesian name that means ‘bird of the night.’

Merle is a French bird name which is also known as a Eurasian blackbird. It was derived from the ancient name Muriel and was quite famous as a name in the early 1900s.

A cute and classic name associated with a type of falcon bird!

Nestor is a name inspired by the nest of birds! Nestor was also the name of a wise ruler of Greek legend who helped the Greeks to win the great Trojan war!

Yet another name inspired by the intricate pattern of the nests woven by birds, Nesta is a cute name for boys!

Although, Phoenix is a name strongly attached to a bird Phoenix is not a real bird. Phoenix is a mythological bird that was introduced in the ancient Greek folklore!

One of the most popular names, Robin is a classic English name for boys. The quintessential reddish-orange coloured Robin is a migratory songbird!

Name your little one after one of the fastest flying birds. Swift also means ‘fast.

Although, not the name of a bird but closely related to birds. Talon means ‘the large claw of a preying bird.’ The exotic French touch adds on to its charm!

A classic seabird which is normally found near oceans, rivers and wetlands.

A pleasant name that is apt for a cute little boy! Vireo is the name of a beautiful bird with a melodious voice!

Inspired by the Australian golden whistler, this name is quite a choice for young boys!

We are sure that Wren name reminds you of the famous Wren & Martin high school English Grammar and Composition book! But Wren is also the name of a cute looking tiny bird with a giant voice!

Wulfram is all that represents fierce and bold! A perfect name for parents looking for a strong name for their son. Wulfram means ‘wolf raven.’

Birds are beautiful feathered species that represent love, warmth and innocence! Then why not name your little one after one? We hope that the above list of bird names for your baby boy will help you get one that’s just perfect!

Garam Masala Recipes That Will Make All Your Dishes Flavoursome

Important Days to Observe in the Month of June

Happiest Moment of My Life, Happy After a Long Time.