Home Baby Baby Names You’ll Be Astounded With What Research Reveals About Your Baby’s Name! 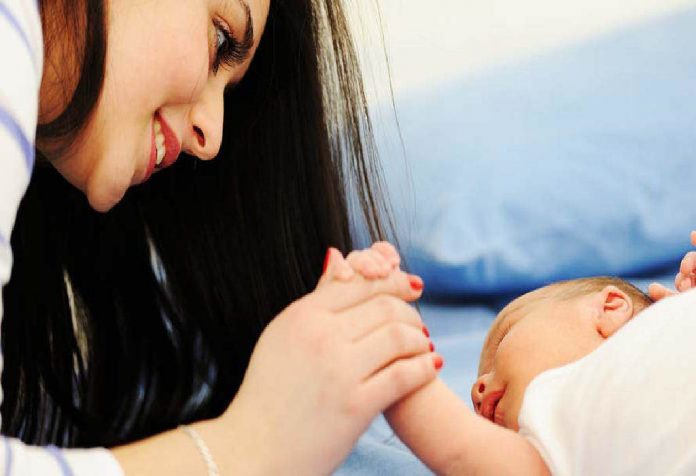 If you thought your baby’s name is just something you and the rest of the world will address him by, think again! Extensive research conducted on baby naming has proven that the name you choose has implications on each and every aspect of your child’s life including his life, career, personality traits, relationships with others and even marriage!

Find out what some pathbreaking studies reveal about baby names around the world. Whether or not they apply to everyone remains to be tested, but these results are very fascinating nonetheless!

Is your baby’s name Jaanvi or Ravi? Well, chances are that people will like your baby more than one named Kamrunissa or Abhinandan. Although it seems unfair to favour a person because they have an easy to pronounce name, but it definitely does happen. Unknowingly, kids with simpler names may find their way into the hearts of their fellow mates more easily than their peers with names that are hard to remember or call out.

Why this happens: The reason is simple: we like what we find easy to understand and process. According to pychologist Adam Alter of New York University, ”When we can process a piece of information more easily, when it’s easier to comprehend, we come to like it more.” That sure puts an end to all the argument about how some names are just too simple or common!

2. Finding #2: A boy with a girl’s name is more likely to have problems in school

Some parents try to change things up by opting for gender neutral names. This is the reason why you can now find a baby boy given a unisex yet typically girly name like Snehal. It does sound cool and different, but research proves otherwise. In 2005, David Figlio, a University of Florida economics professor conducted a study on a large Florida school district from 1996 to 2000. He found that boys with common girly names misbehaved more in middle school than their peers with traditionally masculine names. Strange but true!

Why this happens: The reason for this remains unclear. It could be a case of a “cool” name aggravating a tendency for behavioural problems! It could even be the result of jokes or jibes such children receive owing to their feminine name.

3. Finding #3: A girl with a boy’s name is more successful in male-dominated fields

Even with all the strides women are making in every field today, we still live in a highly patriarchal world. And male-dominated fields like engineering and law are still harder for women to make their mark in. However, if your little girl has a gender-neutral name that is more used for boys than girls, she is more likely to succeed in these fields. Now you can rejoice if your little one goes by the name of Madhur or Harpreet!

Why this happens: This stems from self-confidence. Some girls find it easier to compete in a male-dominated world when nothing about their gender holds them back – not even their name. ||

4. Finding #4: Kids using their middle initial are seen as smarter and more competent

Does your child use his middle initial in his school records? Good for you! As per research published in the European Journal of Social Psychology, using a middle initial leads people to think you have a higher intellectual capacity and will perform better in everyday activities. While perceptions are not to be trusted, you cannot deny they play a big role in our day to day dealings as well as in our self confidence. Makes all the more sense to use the family name as a middle initial, right?

Why this happens: The middle initial seems to add a certain weight or gravity to the name, in the same way as we tend to look at authors or researchers who have a middle name. A William H Smith, for instance, subsconsciously wins over William Smith simply because his name feels grander!

This sounds like a bluff, but unfortunately it has been proved to be true. Research has proved that irrespective of their race or gender, young people with unique names had a higher likelihood of juvenile delinquency. These kids are likelier to indulge in petty crimes or instances of bad behaviour.

6. Finding #6: Your child’s name will also determine who they will marry

Yes, your child is likely to marry someone who has a similar name. Have you noticed how there are so many couples around us with names starting with the same letter or sounding similar? Rohan and Ruhaani, Preet and Preeti? It may be no coincidence!

Why this happens: Research has proved that due to implicit egoism, people tend to like people who are similar to them. This is because “similar others activate people’s positive, automatic associations about themselves.”

With so much going for kids with simple and common names, it is easy to see why parents choose these names. All said and done, a name is really just a name. All the research in the world cannot—and will not—prove true if you raise your child with the right amount of love, care and discipline. For nothing can beat right upbringing and a good value system.

Screen Time for Babies – YES OR NO? What Is Your Answer?