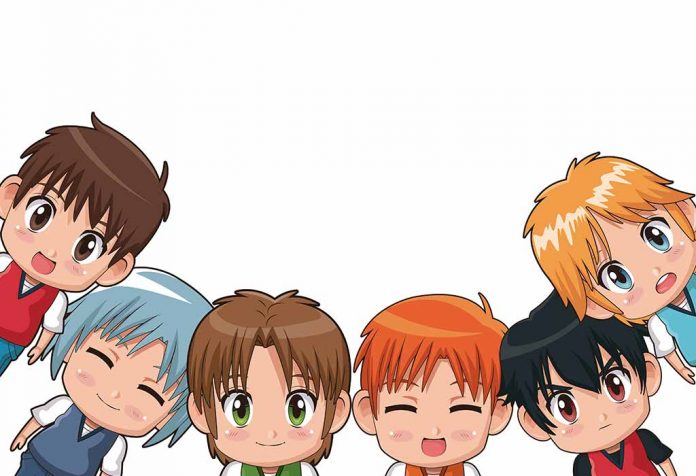 Originating from the English word Animation, anime is a multimedia art involving hand-drawn and computer animation. Rooted in core Japanese culture, Anime is a unique genre of entertainment that offers an escape from the struggles of daily life into a fantastical and crazy world. Animators employ 3D animation, special effects, and brilliant colorists to create striking images that depict exaggerated feelings, fight scenes with lethal injuries, interesting characters with humongous body standards and unmatched adventure. In short, all things that make them even more appealing for viewers. Even with its unrealistic storyline, the artistic component is a huge part of the enjoyment of anime. Being aesthetically pleasing and eye-catching, it has become mainstream in the American culture. Influenced by celebrity fans, people today are delving into this new universe that focuses on more than just brash humor. Anime is very diverse and represents an amalgamation of art, culture, and entertainment. While some anime is created targeting children, anime is mostly aimed towards an older audience. The art form is also an avenue for older teens and adults to enjoy more mature animation. Hence, it isn’t quite common to find someone named after a beloved anime character. There is a wide variety of anime names not just from Japanese origin but also English names that are unique in their own way and come from different origins. Cool anime boy names are trendy, stylish, and exude loads of energy. Whether they are treacherous villains, action-star heroes, or your favorite characters with a bit of both in them, they have adorable and unique names with spiritual meanings. Here are some of the cute anime boy names that come from the most popular shows and movies which can be a resource pool for naming a new video game character or your new baby.

100 Anime Names for Boys with Meanings

Explore the boundaries of your imagination with anime baby names and their meanings to choose one for yourself or your baby boy.

Arate means ‘new and fresh’ in Japanese as per its kanji script. It means “plow” in Italian.

Derived from English origin, Ash means “of the ash tree.” It also reminds us of Ash Ketchum from ‘Pokémon.’

Alex has a Greek origin, which means “defender of man.” It gained popularity due to Alex Louis Armstrong from ‘Full metal Alchemist.’

Derived from German origin, it means “ready for battle.” From Alphonse Elric from ‘Full metal Alchemist.’

Astro has a Greek origin, which means “of the stars,” He is a well-loved character from the TV Series ‘Astroboy.’

Aoi means “hollyhock,” a Eurasian plant, or “Althea,” a Greek name that means “wholesome.” Aoi was one of the greatest fighters in Rail Wars and a misandrist.

This Japanese name means “deep red” or “brilliant red.” Akane Hino was one of the fire wielders in Smile Precure.

Originating from Hebrew, this name means ‘In God’s shadow.’

This English baby name means ‘From the shadowy valley.’

This Arabic name means ‘Joyful’ and ‘a predictor of good news.’

Benjiro has a Japanese origin, which means “enjoy peace.”

With its roots in kobun or classical Japanese, Chibi means “tiny, rounded thing,” referring to ‘a small person’ or ‘small child.’

This name of Welsh origin means “large” or “to shine,” A Japanese anime video game series is called ‘Dragon Quest: The Adventure of Dai.’

This name of Japanese origin means “shining.” It comes from Daiki Aomine from ‘Kuroko no Basuke.’

This Japanese name means “great,” It is Daisuke Kambe, one of the main characters from ‘Fugou Keiji Balance: Unlimited.’

This name of Latin origin means “enduring” from the anime video game series ‘Devil May Cry.’

This name of English origin, meaning “king” from Elric brothers, a great middle anime name for a boy.

This name of English origin means “wealthy guard” from Edward Elric, the protagonist of ‘Fullmetal Alchemist.’

A name of Japanese origin that denotes “joy”

This name, with English origin, refers to a character from mythology who rides shadows.’

The name Goro means ‘Fifth’ and is of Japanese origin. Goro Shigeno is the main protagonist of the Major anime series.

This Japanese name means “aware of emptiness,” belonging to the main character of ‘Dragon Ball Z.’

This distinctive Japanese name means ‘a man of spring’.

This Japanese name means “tolerant, generous” or “prosperous.” He is an anatomical model from Yamato Nadeshiko Shichihenge.

This Japanese name means “sunlight,” belonging to one of the anime characters from ‘Shichisei no Subaru.’

This name of Japanese origin means “strawberry” from the popular male anime characters from ‘Bleach.’

A name of Japanese origin means “weasel,”  and is one of the most popular cool anime characters in the history of anime.

This Japanese name means “dog demon,” which belongs to the main anime character in ‘Inuyasha.’

Kaito in Japanese means ‘ocean’, ‘sea’ ‘fly.’ He is the main protagonist in the manga and anime franchise Magic Kaito.

Kenshiro means “smart and cheerful samurai” in Japanese. He is a fictional character and the protagonist of the Fist of the North Star manga series.

Kouta in Japanese means “peace.” Kouta Oyamada is the protagonist of ‘Kanokon.’

Kira means ‘glittery, shiny” or ‘fortunate’ in Japanese. It is one of the several anglicized forms of the Irish name Ciara, which in Irish means “dark-haired.

This name of Greek origin means “white,” He is the protagonist Light Yagami in ‘Death Note.’

This name of Hebrew origin means “joined together.” He is the strongest character from the anime ‘Attack On Titan.’

Natsu is a Japanese name meaning ‘born in summer.’ Natsu “Salamander” Dragneel is a fictional protagonist of the Fairy Tail manga anime series.

This Japanese name of a Japanese boy Tomoya Okasaki, from the anime Clannad.

Osamu in Japanese means “discipline.” Osamu Tezuka is the writer of the ‘Buddha’Series.

This Japanese name means ‘thunder and lightning. He is a fictional character and one of the protagonists of Konami’s Metal Gear series of action-adventure stealth video games.

This name of Japanese origin means “lawful. Seiji Amasawa is a character from the film ‘Whisper of the Heart’.

This name of Japanese origin means “like a deer.” He is one of the main anime characters in ‘Naruto.’

This name of Japanese origin means “one truth.” He is the protagonist of the anime ‘Parasyte Maxim.’

In Japanese, Shin means “new,” ‘real.’ Shin Wolford is the main character of Kenja no Mago.

Sora is a Japanese name and a fictional character and the main protagonist of Disney and Square Enix’s Kingdom Hearts video game series. It means ‘sky.’

Shouta is a Japanese meaning ‘soaring’, or ‘big.’ Shouta Magatsuchi is a supporting character in Kobayashi-san Chi no Maid Dragon.

Shun Aonuma is one of the five main characters and a member of Group One. Shun means ‘speed’ in Japanese.

This Japanese name means ‘big boy.’ Taro Sado is a masochist character in the novel series MM. He is a Wolf FangDruid in Shopping District 8 in anime Taro.

Taiki means ‘large’ or ‘radiance’ and is of Japanese origin.

Of Japanese origin, this name means ‘satisfied’ or ‘complacent.’ He is one of the three main characters of the Ghost Sweeper Mikami series.

Meaning ‘upper rice paddy’ or ‘from the paddy field,’ Ueda is a Japanese name.

Ushio means ‘tide’ in Japanese.  Ushio Aotsuki is a character in Ushio anime.

Uta means ‘song’ in Japanese. Uta is a main character in the anime Tokyo ghoul.

This Japanese name means to ‘cross over or navigate.’

This Japanese name means ‘young one.’

This Japanese means ‘good’ or ‘righteous.’

Yuri means ‘farmer’ in Russian. In Hebrew, it means the ‘light of god.’

Known as “Disney of the East,” Anime is an international phenomenon attracting millions of fans worldwide and translated into many languages. Anime convention culture has thus paved the way for new hobbies, career opportunities, and communities. Combining graphic art, characterization, and cinematography, this refreshing and unpredictable medium of entertainment can definitely be an inspiration for anime names for baby boy.

Taking Vitamin B3 (Niacin) during Pregnancy

7 Innovative Bathrooms For Your Moppet

Aarohi Achwal - June 21, 2021
The relationship that a child shares with a stepmom may hold different dynamics in every family. Whether she is someone who stepped into your...

30 Most Fabulous Witch Movies You Can Watch for a Magical...