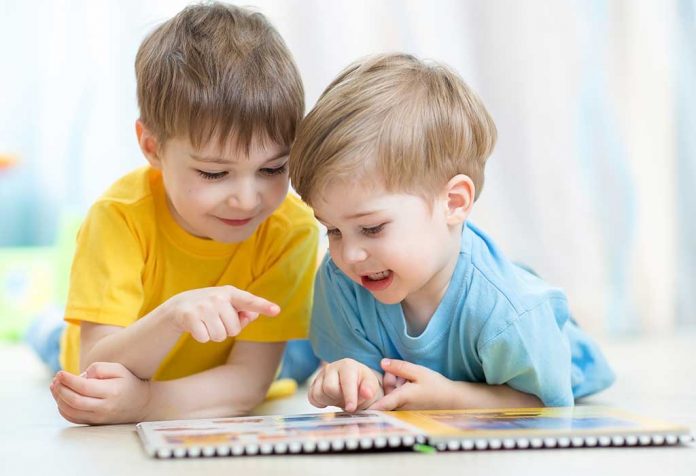 Learning to read can sometimes be an overwhelming experience for little children. However, before they learn to start reading, one of the first things they should have is a foundational understanding of words and sounds. For this, parents should help their children develop a strong awareness of phonemes, also called phonemic awareness. Teaching phonemic awareness skills to little children can give them a head start in reading!

What Is Phonemic Awareness?

Phonemes are the separate units of sounds that form words. For instance, the word “sat” (/s/ /a/ /t/) has three phonemics. Phonemic awareness is the ability to think about, identify, and manipulate phonemes. For example, the child must be able to remove the /s/ from “sat” and replace it with /m/ to form a different rhyming word, “mat”. Children will have to apply this knowledge of phonemes in order to start reading.

Assessing phonemic awareness levels in your children can be done by:

If they can confidently perform the above tasks without struggling, then they are ready for phonics instructions.

Why Phonemic Awareness Is Important for Your Child

A lot of research has concluded that phonemic awareness is the strongest indicator of a kid’s success at learning to read. When used to blend and segment words, a strong phonemic awareness program can help children understand what they are reading, and increase their abilities to decode it.

Young readers can build another important reading element using phonemic awareness: phonics (the relationship between sounds and letters). When children can understand phonics and easily manipulate sounds verbally, they will be ready to transfer this information to printed words.

How to Teach Phonemic Awareness to Children

You can use the following tips to teach your children phonemic awareness:

The following activities are designed to improve phonemic awareness for preschool and kindergarten children:

1. Hearing an order of sounds

The objective of this activity is to develop attention and memory abilities in children, which allow them to think about the sequence of sounds they hear, and the language in which they are conveyed. This can make for a fun phonemic awareness activity for kindergarten children. To make distinctive, interesting sounds, you could blow a whistle, clap, crumple paper, cut a paper with scissors, eat an apple, hop, write using a pencil, tear paper, ring a bell, pour liquid, and anything else you could use to make sounds.

During the game, you could challenge the children to first identify a single noise, and then identify sounds separately from a sequence of sounds. Children will have to close their eyes when you make these sounds. When listening carefully, children should be able to identify what is causing the noise. Once they master single sounds, go for two separate sounds, made one after the other. Now, children will have to guess both the sounds.

You could make certain variations in this activity to make it a bit more challenging (once they master it). A popular variation is to make a sequence of sounds once their eyes are closed. Then play the sequence again, but omit one or two sounds. Then ask your children to identify the sounds that were omitted the second time.

This activity can help children develop the ability to identify the difference between the line they expected to hear, and what they actually hear. You will need a few poems and stories your children are familiar with.

Gather your children, and have them sit down and close their eyes, so that they can concentrate and listen. Pick a familiar poem or story to recite or read aloud. While reading it, change its wordings once in a while, and change its sense. Your children will have to identify where changes occurred, and when they point it out, encourage them to explain what went wrong. Playing this game for many months can help sharpen their awareness of words, phonology, syntax, and semantics of language.

A few examples of the nonsense activity are:

Asking kids to contrast, compare, and identify the initial sounds of various words can help extend their awareness of initial phonemes. For the activity, you would need a few picture cards. Spread a few picture cards in front of your children, and give them an initial sound. Then ask them to take the pictures whose names begin with the same initial sound. When they take the picture, they have to say its name and the initial phoneme (for example, f-f-f-f-ish, /f-f-f-f/, fish).

When children start becoming comfortable with the activity, spread out pictures from two sets (sets containing two different initial phonemes) in front of your children. Then ask them to identify the name of the picture and the initial phoneme.

5. Word Pairs I: Take a Sound Away

This activity can help children separate the sounds of words from their meanings. This activity will help show them that when the initial phoneme is removed from a word, the word may take a different meaning. Start the activity by providing your kids with an example. Say the word “f-f-f-f-ear”, stressing on the initial consonant, and ask your children to repeat it. Then remove the /f/, say the word “ear” and ask them to repeat it. Now, encourage them to identify which sounds have been taken away by making them repeat both the words.

This way, your children will be able to attend to a word’s initial phoneme when they realize the difference between a present and an absent initial phoneme. As your children get comfortable with the activity, go for harder ones and encourage them to identify the hidden words.

Adding a sound can help children blend words from separate phonemes. Begin the activity by explaining to your children how adding a sound to one word can create a new word. Take the word “ox”, for example, and ask the children to repeat it. Then, ask them what will happen if you introduce a separate sound like /f/. Children should be able to say “fox”.

It may take some time for children to catch on to this activity, but when you provide solid guidance, they will be able to master it in a few days. Start with easier words like “ice- mice”, and then go for harder ones. Only when they master the easier words, will they be able to blend consonants (like mile-smile)

To make the activity more interesting, you could ask your children to make a sentence with each word to emphasize the different meanings of the two words.

The objective of this activity is to reinforce children’s ability to synthesize words from different phonemes. Your child will have to blend the separate phonemes into a word. Begin the activity with a fun story:

“Once upon a time, there lived a little, kind troll who loved to give children presents. This little troll, however, wanted the children to know what they are going to get before he gave the presents. The only problem was that the troll talked in a strange way. If he wanted to tell a kid that he was getting a bike, he would say the word as “b- i- k”. The child would not get his present until he guesses what the troll was saying. Now, I will pretend to be this troll and tell you the surprise word, and you must figure the word out and tell me.”

Now, choose a word and pronounce it, phoneme by phoneme. Then, let your little one guess what this word is, and then ask him to name a present so that you can guess what it is. Begin with shorter words having two or three sounds (like bread, broom, glass, pan, phone, skate, shoe), and then switch to longer ones.

The activity will help you introduce children ways of analyzing words into phonemes, and then synthesizing words from phonemes. You will need a few two-phoneme word cards and blocks.

For the analysis game, ask the child to pick a card and say the name of the picture. For example, if the child takes the picture of a hair bow, start repeating the word slowly with clear pauses between its phonemes (e.g., “b…ō…”). Ask the children to repeat the word in the same way. In order to show that the word has two separate sounds, place two blocks of two different colours besides the picture while pronouncing it. This will help emphasize the number of phonemes in each word.

The synthesis activity is just a reverse of the analysis game. Take a picture and keep it face down so that the kids cannot see it. You can then name it phoneme by phoneme (e.g., “b…ō…”), placing the coloured blocks beside the picture. Ask the children to repeat the phoneme by pointing at the blocks, starting slowly and then increasing their pace. You can then ask them to guess the name of the picture.

Even if your children struggle a lot with it for weeks, there is no need to worry. Mastering phonemics may take a lot of examples, a lot of practice, and a lot of repeating attempts in order to succeed!

Baby Activities – Fun Things To Do With Your Babies