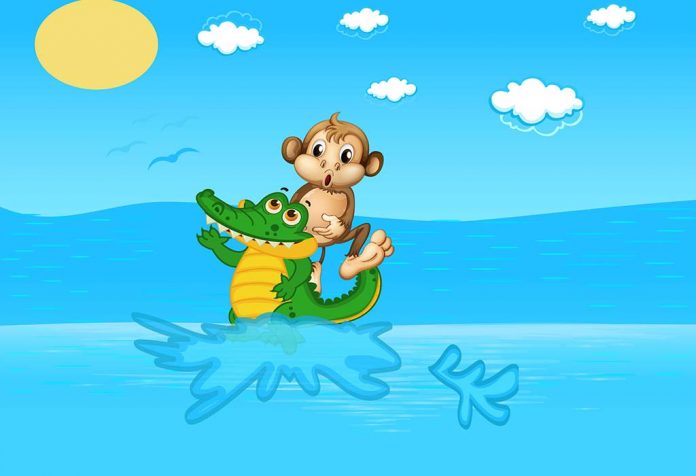 The Panchatantra stories are a treasure house of animal fables from India written about 18 centuries ago. They contain stories of immense moral values and wisdom that people of all ages can relate to. The story of “The Monkey and the Crocodile” is one of the many stories in the collection and talks about things such as generosity, friendship, greed, and deception. If you are looking to read the next moral story to your child during bedtime, then this one has plenty to tell.

Origin of the Story “The Monkey and the Crocodile”

“The Monkey and the Crocodile” story is a part of the Panchatantra series. The story originates from when folk stories were told orally without written records. The stories of the Panchatantra illustrate the morals or wise conduct of life. Panchatantra stories have undergone various modifications over the centuries as they were retold in more than 200 different versions. However, they still retain their essence, although translated into more than 50 languages.

Story of the Monkey and the Crocodile 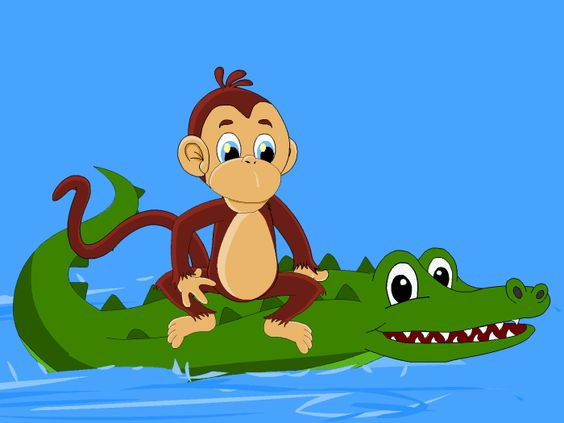 2 . The Greedy and Jealous Wife

The shocked crocodile listened to his wife talk in complete disbelief. She demanded the monkey’s heart. The crocodile couldn’t accept the thought of killing his best friend, who trusted him more than anything. The crocodile declined her wish and offered her more berries instead. The wife was adamant and promised to starve until he brought her the monkey’s heart. The crocodile was torn between his wife and his best friend. He wondered if it was better to lose his friend and please his wife or keep his friendship and lose his wife. He swam back to the monkey, deep in thought.

3. The Crocodile Deceives the Monkey

On his way to the tree, the crocodile came up with the idea of deceiving the monkey and taking him home to his wife. The monkey, as usual, was happy to see the crocodile and greeted him happily. The crocodile greeted him back and said, “My wife is very pleased with the berries you offered to her. She would like to invite you home for dinner.” “She wants to meet my best friend and thank him for the delicious berries.” The monkey gleefully accepted the invitation.

The monkey cannot swim in the river to go for the invitation. So the crocodile agreed to carry the monkey on his back. Without a second thought, the monkey hopped on the crocodile’s back. The crocodile left for his den relieved that the monkey did not suspect anything.

4. The Monkey Outsmarts the Crocodile 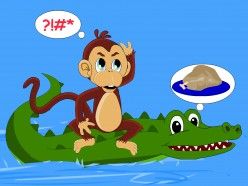 However, the crocodile could not hold back his joy that his wife would be very pleased to have the monkey’s heart. He blurted out the truth to the monkey. The monkey was shocked at the betrayal of the crocodile but kept calm. Then he told the crocodile, “Why didn’t you say earlier that your wife wanted to taste my heart? I would have brought it along with me!” He continued, “I always keep my heart safe in the treetop.” “If you take me back to the tree, I will fetch the heart in no time and come back with you.” The foolish crocodile believed in the monkey’s story and took him back to the tree.

The monkey at once leaped onto the tree and climbed up high, away from the crocodile, and laughed hard at the crocodile’s foolishness. The crocodile realized his folly and returned to his wife empty-handed.

What Is the Moral of the Story?

The moral of the short story can be interpreted in different ways:

“The Monkey and the Crocodile” is one of the most important fables in the Panchatantra. It teaches us to be careful about who we make friends with and to remain calm under intense pressure. Quick thinking saved the monkey’s life. Therefore it is important to develop abilities to think quickly under stressful situations.

The Art of Motherhood is a Legacy

Kareena and Saif Welcome the Newest Addition to Their Family!

How to Host a Virtual Baby Shower