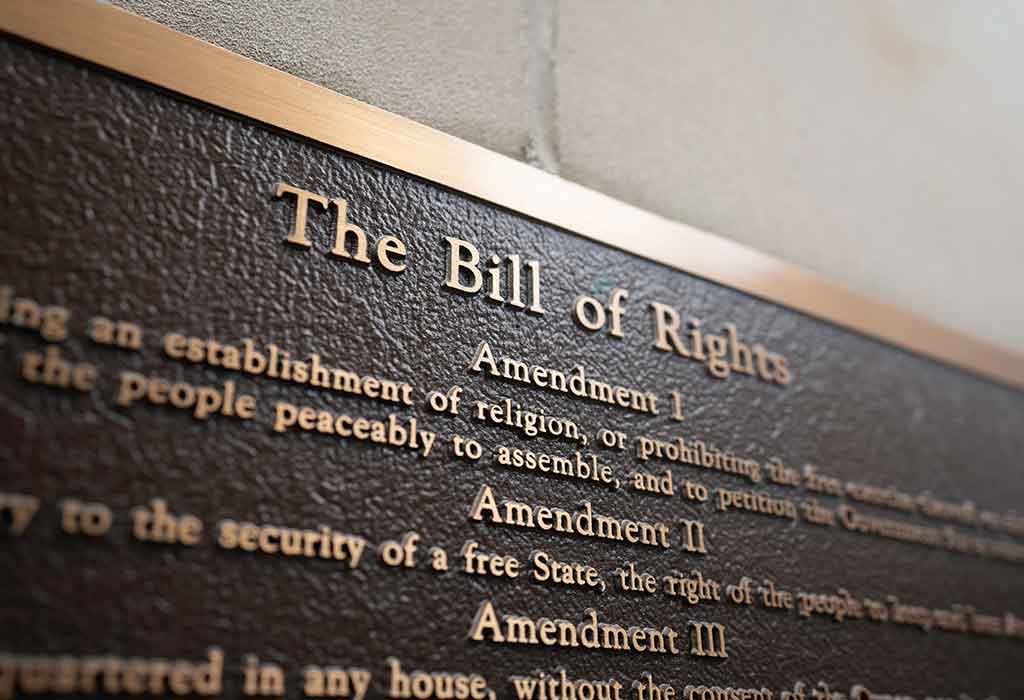 The United States Constitution was written over two hundred years ago, and the founding fathers of the United States had to formulate it such that despite the majority rule in the country, the individual rights of the people weren’t ignored, and the government didn’t become tyrannical. This document is quite complicated for children who understand little about the dynamics of governance and politics. However, it is essential that kids are aware of their constitutional rights as adults and what they mean in a broader context. This article is put together as a kid-friendly bill of rights guide for school children to learn all they need to know.

What Is the Bill of Rights?

Before understanding the significance of the bill of Rights, it’s essential to know how it came into being. The ‘Bill of Rights’ is a written statement that clearly lays out the rights of citizens and the limitations of the government. The term ‘Rights’ can be used in two context – natural rights and civil rights. Natural rights are what people can claim by virtue of their humanity; for example, ‘life’, the most basic right. Civil rights of people are granted by the governments to their citizens. An example is the right to vote. In the United States, anyone above the age of 18 has the right to vote.

For large parts of the history of civilization, the distinction between natural and civil rights was unclear. This is because, during medieval times, the state was regarded as supreme and had all the power. While citizens still had rights, it was only under the authority of the government and could be revoked or altered at any time. Towards the end of the middle age, people began having a different opinion about human rights as the power of Kings and monarchies grew at the expense of the lower classes.

In 1215 the feudal nobles of England confronted King John and demanded him to sign a statement consisting of human rights guaranteeing it. This document was called Magna Carta or the Great Charter. This landmark document limited the power of government over the people and gave more rights to the common people. Human rights became the centre of the struggle in many countries in the following centuries.

In 1787, the U.S. Constitution set up a country that will be ruled by the majority. However, a lot of people felt that individual rights must be protected regardless of who is ruling, and the government power should be limited in this regard. People added statements such as the Virginia Declaration of Rights in their state constitutions. This led to finally settling on ten amendments to the constitution by lawmakers in 1791. These ten amendments, also known as the Bill of Rights, guaranteed basic freedoms such as the freedom of speech, freedom of religion, right to public assembly, and more. It’s essential to remember that the rights granted by the Bill of Rights are not absolute.

What Are the First 10 Amendments (The Bill of Rights) of the U.S. Constitution?

Here are the first ten amendments of the Bill of Rights in simple language for kids to understand:

The first amendment protects a few basic freedoms, such as the freedom of speech and the freedom of the press. It also covers the right of people to assemble or gather in groups for protests or other reasons. It also stops the government from creating or favouring a religion.

The second amendment protects the rights of the citizens to bear arms. This means they can own several types of weapons for protection.

The third amendment clarifies that during times of peace, the citizens are not obliged to house soldiers or give them any food. Before the revolution, British soldiers would force Americans to provide housing and food for the soldiers. Thus, this amendment was made.

Amendments four to eight are all about the rights of people who are suspected criminals. It protects Americans from unlawful searches and seizure of property. Before a search is conducted, there must be a good reason and a warrant from a judge.

The Fifth Amendment states that anyone who is accused of a crime is innocent until proven guilty. Whether the case should go to trial will also be decided by a grand jury, and the same person cannot be tried for the same crime twice. This amendment also stops the government from taking people’s property without paying for its use. Finally, the amendment protects people from forcibly testifying against themselves.

The Sixth Amendment states the rights for a fair trial and outlines its requirements. The accused have the right to a speedy and public trial by an impartial jury. The defendant also has the right to a lawyer and to bring their own witness.

This amendment protects the right to a trial by jury in civil court cases.

The Eighth Amendment protects people from having to pay excessive bail or fines. It also bans cruel and unusual punishments for crimes.

The ninth amendment states that the rights beyond those that are listed in the constitution do not belong to the government. They belong to the people.

How to Teach Kids About the US Bill of Rights?

There are many ways to teach the implications of the ten amendments, including the Bill of Rights history. Here are a few:

You can come up with ten different scenarios that fit all ten amendments. List the amendments on one side and jumble up the scenarios on the other side of the page. The kids need each amendment with the correct scenario. Only students who have understood the bill of rights thoroughly will be able to match it perfectly.

The mass media is full of examples that form good lessons on the Bill of Rights. You can scour the newspaper on a daily basis to pick up stories that form good examples. You will find many stories relating to the first amendment.

Have children perform skits where a lesson in the constitution can be weaved in. It could be a scenario where a person’s freedom of speech is being violated, or a person in the skit is being arrested unlawfully.

4. Make Illustrations of the Amendments

Have an activity where children create an illustration that demonstrates each amendment. These will give everyone a visual reference and help them remember it well. You can even download and print some Bill of Rights colouring pages from the internet and make copies for the kids.

5. Make Up Your Own Bill of Rights

To help grasp the idea deeply, have the children make up their own bill of rights for their siblings, pets, friends, and neighbours. They can create a separate list for each one and come up with their own ideas or have ideas taken from the ten amendments.

A number of websites offer content for children to learn about the Bill of Rights in entertaining ways. Visiting these sites can be incorporated as part of their lessons. The Bill of Rights Institute offers quizzes, videos, and games that help with learning all about it.

Books written for kids about the Bill of Rights can offer plenty of examples of how it works and even explain it in simpler terms in great depth.

Some Facts About the Bill of Rights

Here are some facts about the Bill of Rights and the U.S. Constitution:

The Bill of Rights is a very important list of human rights bestowed by the constitution on the Americans. Its value should be taught to children and continually reminded to understand their rights as citizens.