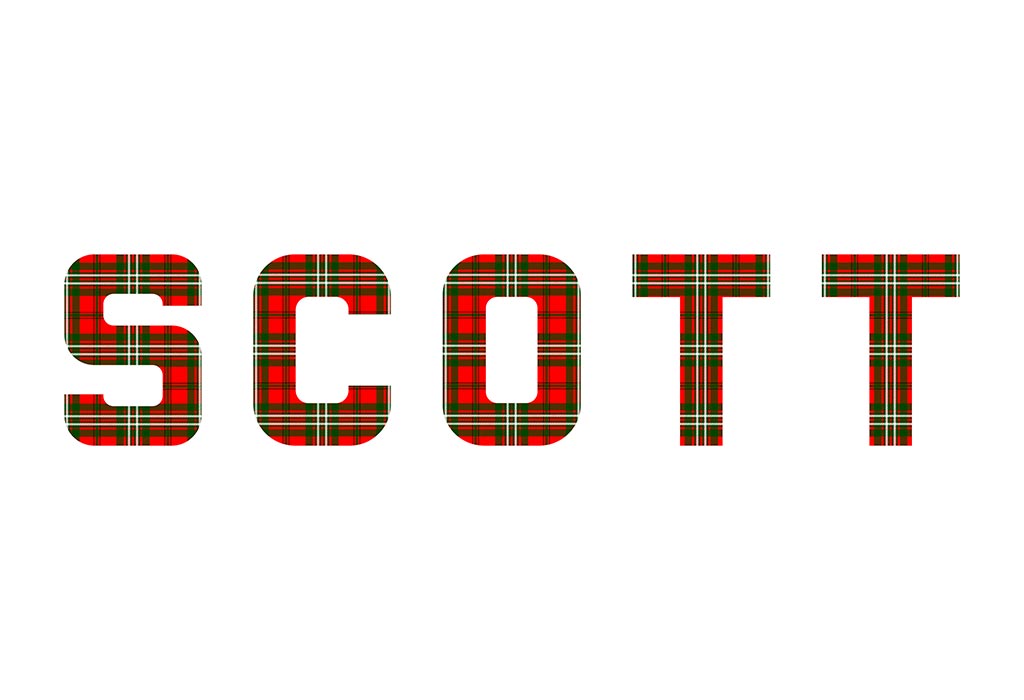 A person’s name is a unique identifier that allows others to recognize them. Naming a baby is a holy process, and every parent strives to give their child the greatest name possible. Scott is a lovely Christian boy’s name that parents and everyone else adore. This name is not only lovely but also profound, giving a distinct identity to a baby. Let’s know the meaning and origin of Scott to understand why it is so popular.

What Does Scott Mean?

Scott is a popular surname and first name across the world. The significance and meaning of Scott are apparent from the name itself. It means “from Scotland” or “Scotsman” and signifies a person whose ancestors are natives of Scotland. It also means a “wanderer.” For the Anglo-Saxons, Scott’s name also means “painted warrior.” During their battle with Scottish warriors, Anglo-Saxons painted their faces in blue color to scare the Scottish warriors. This led to the name Scott.

The name Scott is of Scottish and English origins with its roots in the Latin language. Scott is an ethnic or geographical name for a Scotsman or a Gaelic speaker, originating from the Old English Scotti, originally a generic term given to Gaelic raiders from Ireland by the Romans. Scott originated as a byname for people living in or natives of Scotland or from the Gaelic speaking community who were aboriginals of Ireland. This name of Anglo-Saxon origin was first mentioned in the foundation of Holyrood Abbey and Selkirk, charter recording in 1120 first attributed to Uchtredus filius Scoti. It also was prevalent in the border riding clans settled in Peebleshire in the 10th century. Scott was used as a first name even before and after the Norman Conquest. In modern times it is mostly preferred by parents who are sentient of their Scottish heritage and ancestry. In other cultures, too is adored for its cultural significance and pleasing sound.

Though Scott is an Anglo-Saxon origin name, there are few Scott name variations in other languages too. Some other spellings for Scott with their Origins are:

How Popular Is the Name Scott?

Scott is a popular and common surname in Scotland. It ranks at number tenth position in the most popular surname in Scotland, 36th most popular surname in the US, and 42nd in England. However, it ranks at 563 positions in the popularity charts as a first name per Social Security Administration rankings. The Scott popularity ranking was the highest in the 1960s and 1970s. In fact, in 1969, it reached the 12th rank, and in 1971, it reached the tenth rank in popularity. It maintained itself in the 100 most popular male names till 1995. But, after that, The Scott baby name ranking started gradually declining. In 2000 it was at 158th rank, and by 2020, it was at 563 positions.

Interest in Scott – the US

The US search data for Scott slightly differ from the Worldwide Google search data. In the US, it stays between 43 to 55 positions, reaching its peak search position of 71 in Jan 2015. In Oct 2021, Scott’s position dipped to 41.

Popularity of the Name Scott

It’s no surprise that Scott was searched highest in the United States as per the Google Search trends. After the US, it is most searched in Australia, followed by Canada, the United Kingdom, and New Zealand.

Search Trends of Scott – the US

The highest interest in Scott in the US was recorded in Iowa in the last decade. Iowa is followed by Kansas, Nebraska, Missouri, and Texas in the top five sub-regions in the US to search for Scott.

Middle Names That Go With Scott

Add a middle name that complements Scott to make your baby’s name more distinctive. Some double names with Scott are:

Wondering are there any famous people called Scott? Scott has been the name/surname for many renowned people in literature, acting, music, science, etc. Some of the most popular people named Scott are:

Looking for other names that rhyme with Scott, which can be considered instead of Scott? Some names that sound like Scott are:

Keeping a cute nickname for your beloved baby is as important as his first name. Some adorable nicknames for Scott are:

The first gift you give your kid is their name, be it their formal name or a nickname. Scott, with its ethnic connotations, is a short and simple name depicting a strong personality. It is a cool name to christen your baby boy.