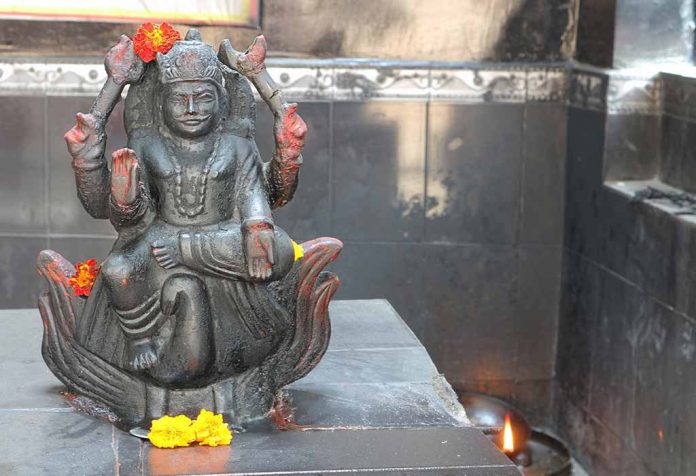 Saturn is a unique celestial body which watches over our conscience. It is said that it brings harm to evildoers and helps those who are good. Shade Sati is a phenomenon many believers of astrology are fearful of. When taken for granted, it can destroy a person’s life and bring many challenges and obstacles in their way.

Saturn doesn’t favour any individual but rather passes judgement based on the actions, merits, and demerits of a person in their past lives. If the person is humble, positive, and has good intentions, it does everything in its power to bring that individual fame, fortune, and everything else they’d never expect to have in their wildest dreams. So yes, the celestial body does play a role in your life and there’s more to it than you think. We discuss Saturn Sade Sati below.

What is Sade Sati?

Sade Sati period is the 7.5-year period when Saturn transits and crosses over the three zodiac signs. The beginning of Sade Sati is marked by having financial troubles in those who have bad karma. Next, the person sinks into depression and slowly faces problems with relationships and family members. As you can see, the negative spiral keeps going down the more time passes. And the only way to stop or reduce its effects is by doing a couple of home remedies. We talk more about that too soon.

People are scared of Shani Dev because of the doom and downfall it brings but the important thing to remember that the celestial body isn’t biased against anyone. However, for those individuals who have maintained a good character and a clean lifestyle, Saturn may bless them with supernatural powers and grant them everything they want. The key takeaway is that Saturn stays in the same sign for 2.5 years and moves on to the next. This affects its preceding and succeeding signs. For instance, let’s say if Saturn is in Sagittarius for 2.5 years, then Scorpio which is its preceding sign will be expected to pass through the third phase of Sade Sati while Sagittarius will go through the second phase and Capricorn (it’s succeeding sign) will go through its first phase. That’s how planetary positions in Hindu Astrology work when it comes to the movement of Saturn’s Sade Sati’s phases.

How Does Sade Sati Affect You?

Saturn will influence your life if your birth horoscope is said to be in the Moon’s twelfth, first, or second house. Sade Sati’s 7.5-year transit is broken into three phases of 2.5 years each. An individual with Saturn’s influence in their lives has to go through these three phases and it is believed that the second phase is the most trying or challenging. By challenging, we mean this is a period when you go through tests and trials that check your character and observe if you’re consistent. It’s life’s way of throwing difficulties at you and noticing whether you stand your ground or run away.

Remedies You Can Try to Tackle The Shani Sade Sati

If you’re under the influence of Shani Sade Sati and are experiencing some hard times or any difficulty in your life, here are some home remedies you can try to negate the effects of sade sati:

You can reduce the effects of Shani Sade Sati by pleasing Lord Hanuman or praying to him. Offer Him prasad and chant the Hanuman Chalisa every Tuesdays and Saturdays.

Donating some black til, clothing, or offering mustard oil to the poor are good ways to impress Sani Sade Sati. Do this every Saturday because donating more equals good karma. It will take time to show the results though, but the good news is, it’s a good start.

3. Give Food To The Needy

Giving food to a black dog on Saturdays or vegetarian dishes to the needy and poor are also another good way to tackle the effects of Shani Sade Sati. Try to be generous and not stingy when it comes to giving food to the poor. For example, making a homecooked meal and donating will be far better than shopping from a restaurant and handing it over in a parcel. Because that implies, you’ve put in the effort to do something good for someone rather than take the easy way out.

Putting up a black horseshoe near the front or entrance of your house has been said to be one of the best ancient remedies to reduce the effects of Shani Sade Sati. You can also wear a black horseshoe ring on your middle finger and pray to it every day. It works!

Besides the Hanuman Chali, you can appease to Shani Dev by chanting other Holy mantras like the Shani Mantra (Om Sham Shanicharaya Namah), Mahamritunjay Mantra, and Jaap.

On Saturdays, no matter what, wear black. Don’t buy any black leather goods, clothes, and also broomsticks on Saturdays.

That’s it! Remember that you won’t be seeing any results instantly when you start applying our tips and home remedies. You will have to give it time and be patient. The best thing you can do is focus on changing your lifestyle, eliminate bad habits, and stay consistent. Your character and your dedication are what’s going to impress Shani Dev and reduce the ill effects, not some temporary measures or phases of trying out new things. Do this, and we’re sure your future will change for the better or at least, head in the right direction.

Disclaimer: This information has been absorbed in accordance with the following astrological sites:

I Thought I Knew What I Wanted but I Was Wrong

Wheat for Babies – When & How to Introduce