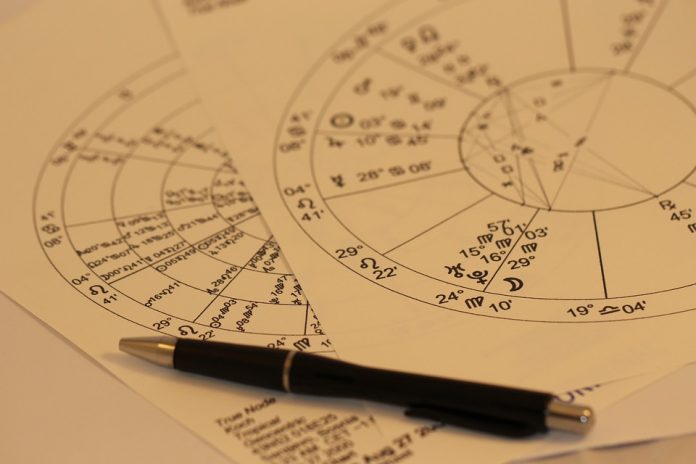 Have you ever wondered why a crab is associated with the sun sign Cancer? Or why a goat is synonymous with Capricorn? There are exciting legends of star sign. Get ready to decipher the real meaning of these signs and enjoy the revelations

You’ll be surprised to know certain interesting things associated with your zodiac sign. Read here to find out more about what your sign reveals about you.

Zodiac Myths and Legends You need to Know

1. Aries and The Golden Ram

As the story goes a golden ram was gifted to Nephele, the King of Cronos’ first wife by Zeus. The ram acted as a protector to her two children. Of the two, the boy Phrixus survived while his sister Helle fell to her death from the ram’s back when it was flying them to safety. In revenge, Phrixus sacrificed the ram and hung its fleece in Colchis. Zeus later placed the ram’s likeness up in the heavens from whence the constellation of Aries arose.

This Zodiac myth is one of unrequited love where Zeus fell in love with Europa while she was playing by the seashore. Not wanting to approach her directly, he transformed himself into a beautiful white bull. Europa who was fascinated by the bull was eventually swept away on its back into the sea. Zeus took Europa as his lover and placed the bull in the heavens as a sign of love, strength, and beauty.

3. Gemini and its Inseparable Twins

This zodiac sign is linked to the actual story of the inseparable warrior brothers Castor and Pollux. Despite one brother being divine and the other mortal, they loved each other dearly. So when Castor died in battle Pollux implored his father Zeus to let him die as well. Touched by this deep love Zeus reunited the twins and set their divine souls among the stars, believed to be the constellation of Gemini.

4. Cancer – The Slaying of The Giant Crab

The constellation of Cancer was born from Zeus’ queen Hera’s hatred for Hercules. Envious of his escapades and numerous infidelities, Hera sent a giant crab to kill him. Hercules, however, slayed the crab easily and Hera in turn placed the crab’s image among the stars in honour of its service.

As punishment for crimes committed as a young man, Hercules was given the task of completing twelve near-impossible feats. The first of his twelve labours was the killing of Nemean Lion. A task he accomplished with his bare hands. The spirit of the Lion was then placed in the sky, where it has become symbolic of this zodiac sign.

The constellation of Virgo stems from the destruction brought about from the legendary Pandora’s box. When demons were unleashed from the box to torture humanity, all remaining mortals departed for the heavens. Astraea, the goddess of virtue and daughter of Zeus, who was the last to leave is believed to still watch from the night sky hoping to return to earth 7. Libra – The God and Goddess of Justice

The scales of justice associated with the constellation of Libra is considered to be symbolic of the Greek pantheon goddess Dike. Known for her fair judgment, she was often depicted with the scales. Egyptian myth tells another story of the underworld god Anubis, who would weigh the souls of the dead and accordingly send them to the heavens or the underworld.

8. Scorpio – The Legend of The Giant Scorpion

The Scorpio zodiac owes its legend to the fall of Orion by a giant scorpion. Having incurred the wrath of the goddess Artemis for his impudence, Orion met his death from the mighty sting of a giant scorpion sent by her. Artemis revered the scorpion for doing her bidding and gave it a place in the heavens.

9. Sagittarius – Story of The Archer

The archer in this zSagittarius – Story of the archerodiac sign is the heroic figure of Chiron. A kind and gentle centaur, with the upper torso of a man and a lower body of a horse, was accidentally shot at with a poisonous arrow by Hercules. Being immortal, he couldn’t die but his agony was unbearable. Prometheus the Titan took pity on him and rid him of his suffering by making him mortal. Zeus then afforded him a resting place in the heavens where he represents the Sagittarius constellation.

This is one zodiac, which predates Greek mythology. Capricorn’s sea goat with the body of a goat and tail of a fish is believed to be the image of the Babylonian deity Ea. This Zodiac legend is right out of a Sci-fi movie, don’t you think?

The story behind this group of stars is that of Ganymede, a young prince admired for his looks by the gods and mortals. He was brought up to Olympus by Zeus to be his official cupbearer. Forever honored by Zeus, he was given an eternal place in the heavens as the constellation of Aquarius.

The last of the zodiac, Pieces is believed to be the image of Aphrodite and her son Eros. When under attack from the evil creature Typhon, Aphrodite, and her son took the form of fish to disguise themselves. In kindness and gratitude to the twin fish who lent them their form, she placed their image in the night sky.

Now that you know how your zodiac mythology came to be, you can hopefully recall to mind these Greek legends the next time around. Also, these little tales will instill in you a sense of pride when you think about the heroic deeds and that little magic each story has.

A Healthy Eating Guide for Toddlers

Car Driving During Pregnancy – Is It Risky?

20 Beautiful Summer Flowers That Will Bloom in Your Garden