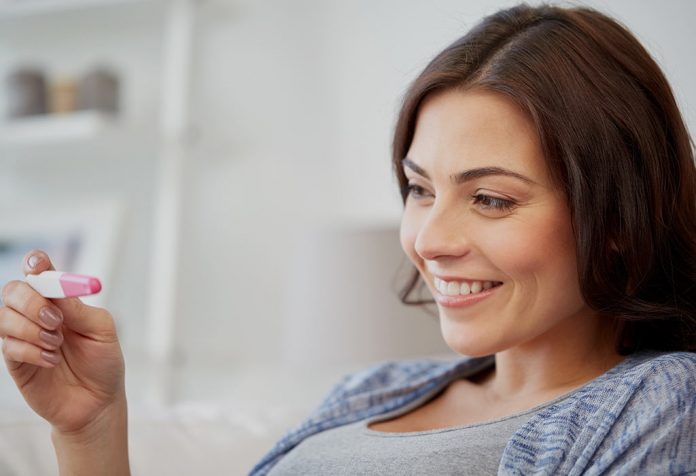 The number of changes occurring in the body of a pregnant woman is endless. All of these give rise to various signs and symptoms. However, there are a few third-trimester symptoms not to ignore or even when they appear at any juncture of the pregnancy. These symptoms are indicative of a severe problem and ought to be ruled out as soon as possible.

15 Pregnancy Symptoms You Should Never Neglect

Whether you are at 28 weeks or 37 weeks pregnant symptoms can arise at any point in time, which may not always be a good sign. While most symptoms are not as dangerous as they seem, there are a bunch of those that you should have your eye out for and act on right away.

1. Fluid Expulsion from the Vagina

The vagina is typically on an overtime duty during your pregnancy, emitting discharge on a regular basis. There might be a constant feeling of wetness in that area, but observing a fluid leakage that trickles out or even gushes out could mean something else altogether. Such signs usually indicate that your water has broken and labour might begin to set in at any moment within the next 24 hours. No matter how the fluid resembles to be like, it is important to let a doctor take a look at it and make a decision accordingly. 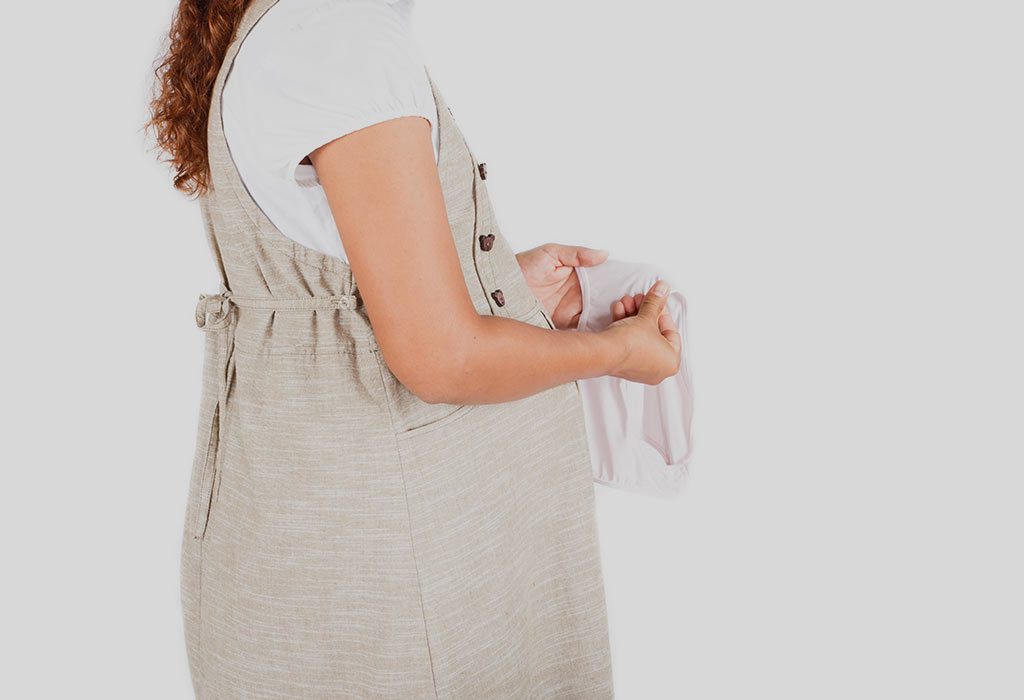 2. Reduced Movement of the Baby

The moment a baby starts kicking around and punching within you, it’s a huge relief as well as a sign of excitement for you that your little one is all good inside. More than that, the strength and frequency of kicks is also a good marker to keep track of the baby’s health in a non-invasive way. Marking down kicks is essential because that can give you a good idea if his kicks start reducing in number or intensity. The latter stages of pregnancy might make it difficult for the baby to kick around like before, so that’s normal. But if there’s a presence of an erratic pattern in his behaviour that doesn’t seem right, it needs to be brought to your doctor’s notice as soon as you can. 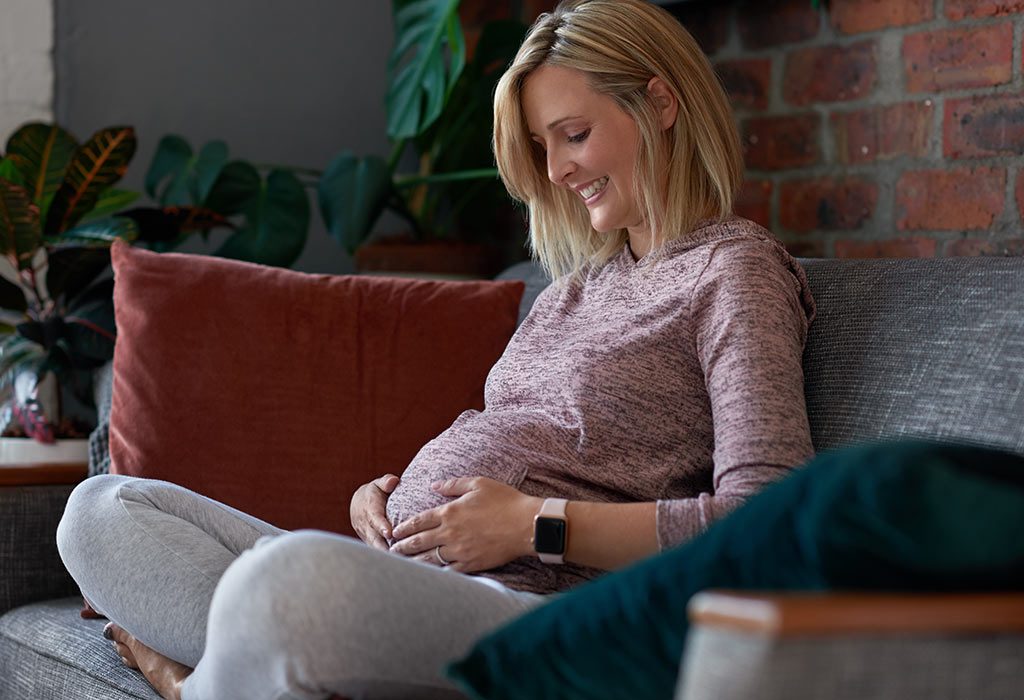 3. Fever Lasting Beyond a Day

Pregnancy is a time when a woman’s immunity is at her weakest, allowing the body to support the baby better and focus on his growth. This also opens up an opportunity for the common germs to infect woman and result in frequent bouts of cold, cough or flu of various sorts. Most of the times, these infections result in a fever, which usually stays for a few hours and fades away. While this might be fine, a fever that raises your body temperature considerably and sticks around for a couple of days or more can be harmful to the baby and might even indicate a serious illness. Get this checked out immediately since the infection could find its way to the growing child as well. 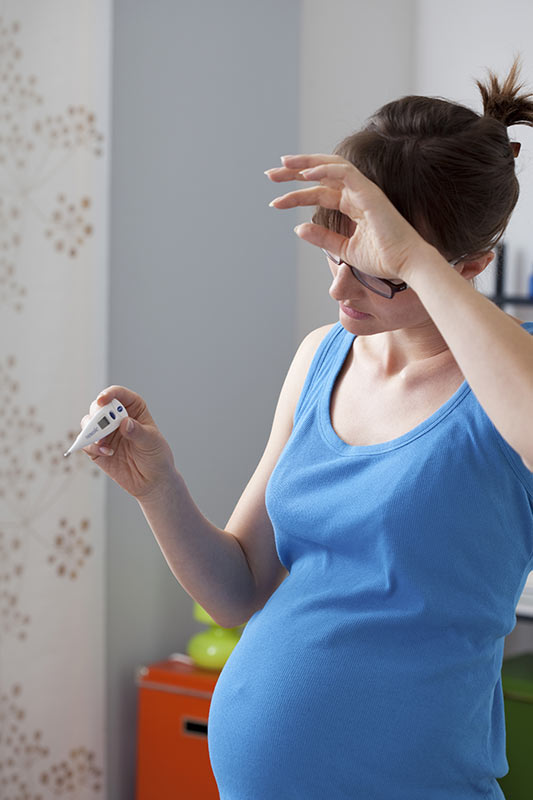 Remember that feeling of a weird head rush when you have been sitting down for quite some time, and suddenly stand up? Dizziness of a similar kind is quite frequent during pregnancy, especially in the later stages of the pregnancy. Most of the blood supply and energy is shifted towards the womb to keep it in a proper condition. These may also result in small instances, where your vision may not be clear, and you’d see things hazily. However, if such a condition stays persistent and is accompanied by weight gain, headache or swelling, it could be a strong sign of pregnancy-induced diabetes or eclampsia, which need medical attention. 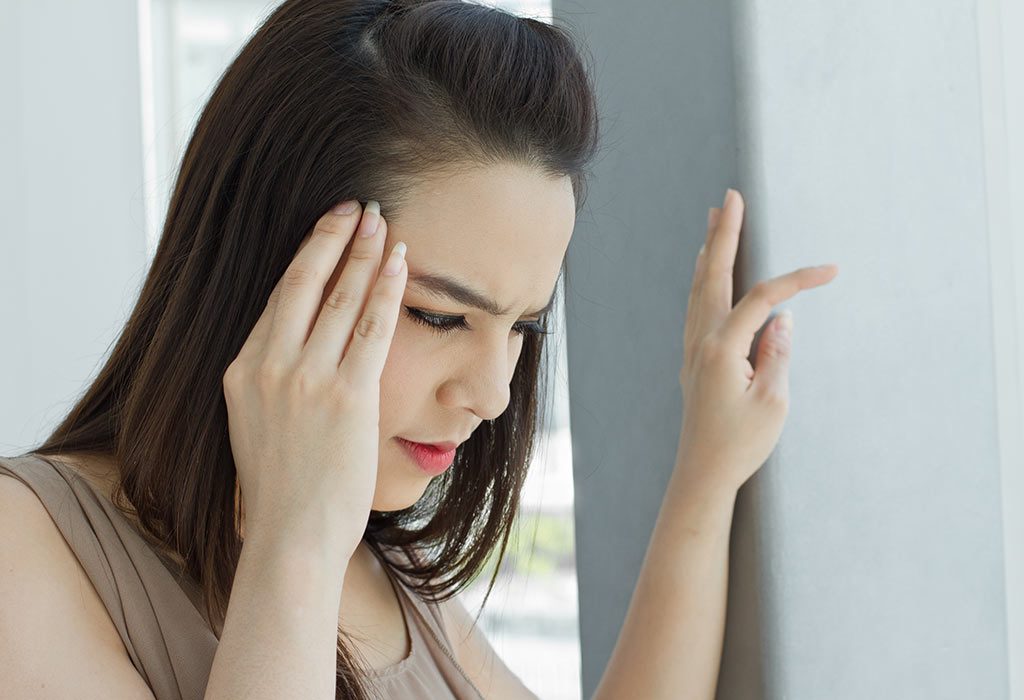 5. A Backache That Doesn’t Seem to Go Away

Body ache is not at all new for pregnant women. Even so, backache is a frequent occurrence due to many reasons. Not only is the belly expanding that is causing the centre of gravity within the body to shift and increase the load on the back, but the body itself makes numerous physical adjustments within, causing postural changes that are tough on the back. While there are small phases where a backache seems to be omnipresent, an intense backache that doesn’t fade away, even after any remedies might not be normal. A doctor can check you for signs of an infection of the bladder or the kidney, or even a possible miscarriage, too. 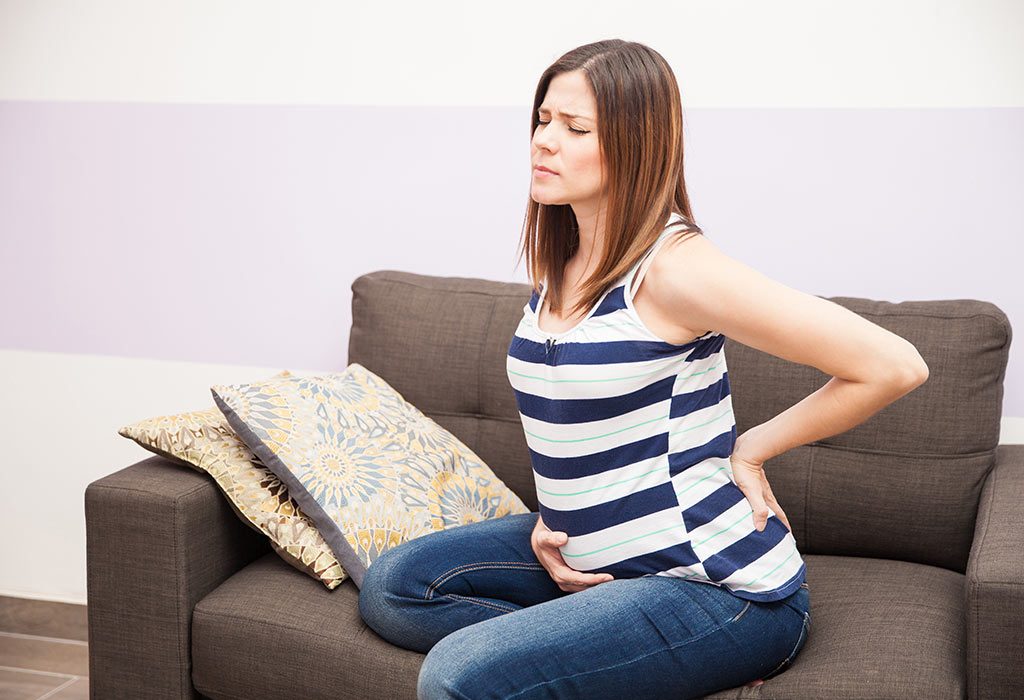 6. Itching That Gets Nastier Over Time

The skin that has stretched to a great limit and the removal of healthy moisture within the body makes itching a common symptom throughout pregnancy. Women do complain about itching, but there are few cases where it begins to manifest in the form of a rash, which can get severe and resemble red coloured spots all over. At times, these are only restricted to a particular region, but if the itching starts spreading across your body, it is best to get it checked by the doctor. Such itches are indicative of a disorder of the liver or even the presence of cholestasis in pregnancy. 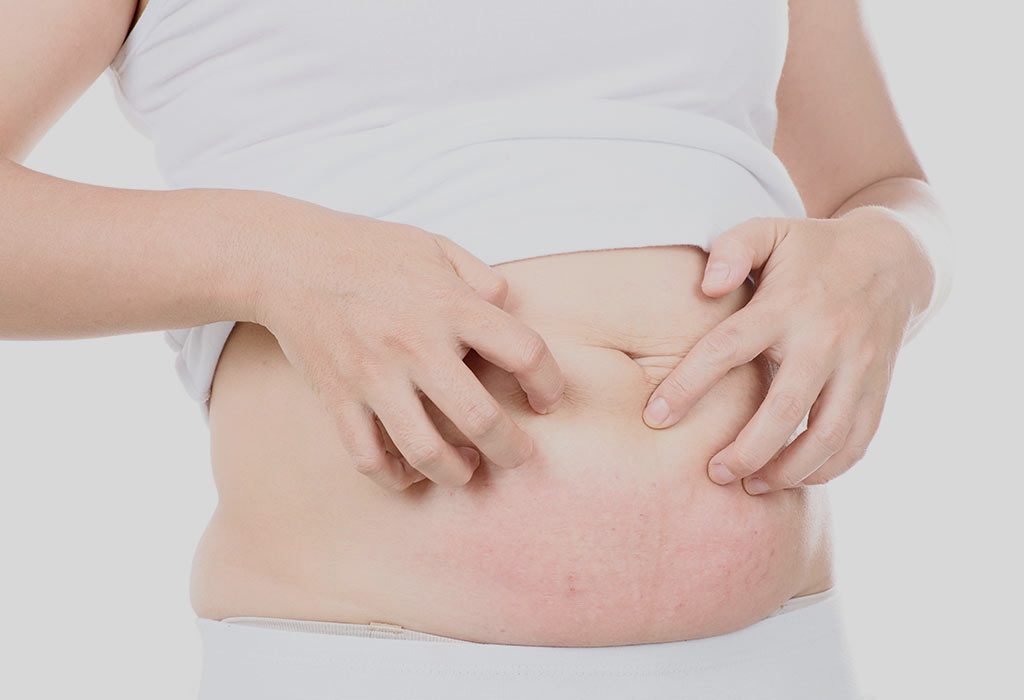 Weight gain is quite natural in pregnancy. After all, a child is growing within a woman so healthy weight gain should never be a matter of concern. However, if the increase in weight seems to cross beyond 1.8 to 2 kilograms within a week, it may not be a healthy one. Extreme weight gains in a small amount of time can point towards the possibility of preeclampsia. You can have your doctor examine this. 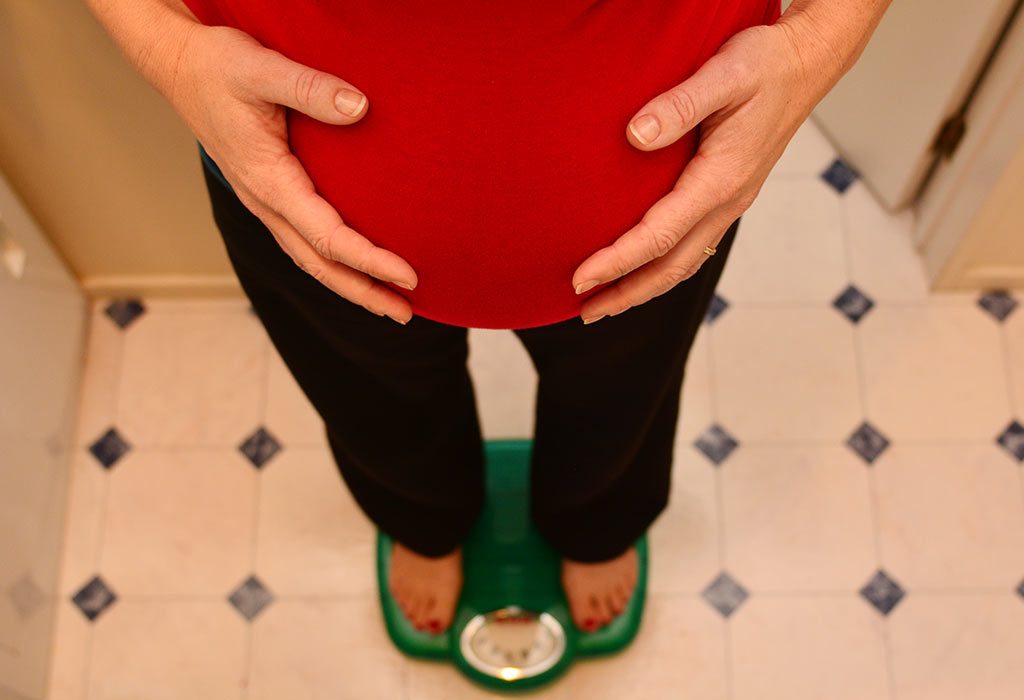 8. Major Swelling of the Face and the Hands

Pregnant women have a very different definition of swelling and with good reason. First of all, the belly itself is getting larger day by day. Secondly, the pressure that the engorging uterus has on other parts of the body does result in conditions where swelling is commonly observed in the feet and calves and so on. Slight puffiness is usually normal. But the areas of face and hands need extra care. In case those seem to be swollen considerably, or even your ankles for that matter, the chances of hypertension due to pregnancy and even eclampsia are pretty high. 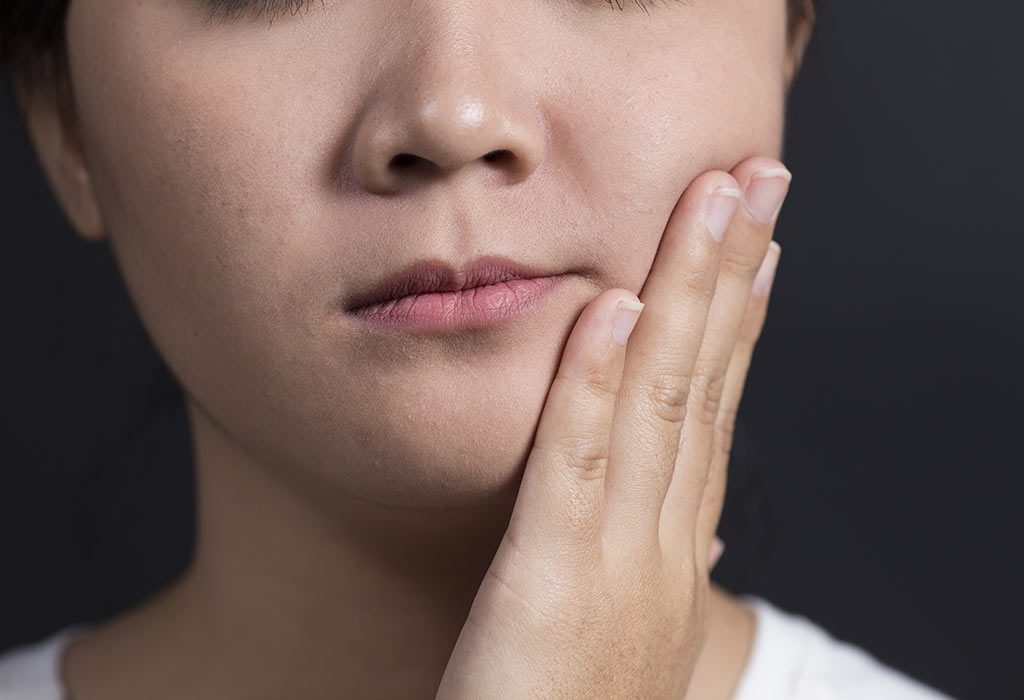 9. Intense Pain in the Abdomen

The largest changes that take place in the body are all in the abdominal region. A lot of extensions and pushing around of internal organs begins to take place as the uterus expands to accommodate the growing baby. This does cause abdominal pains to arise occasionally, some of which could be sharp spikes as well. This pain is usually due to over-stretching of the ligaments, and not a cause for worry. But any pain that is intense is constant and is followed by bleeding, or other symptoms needs medical attention. Miscarriage or possibilities of an ectopic pregnancy cannot be ruled out. 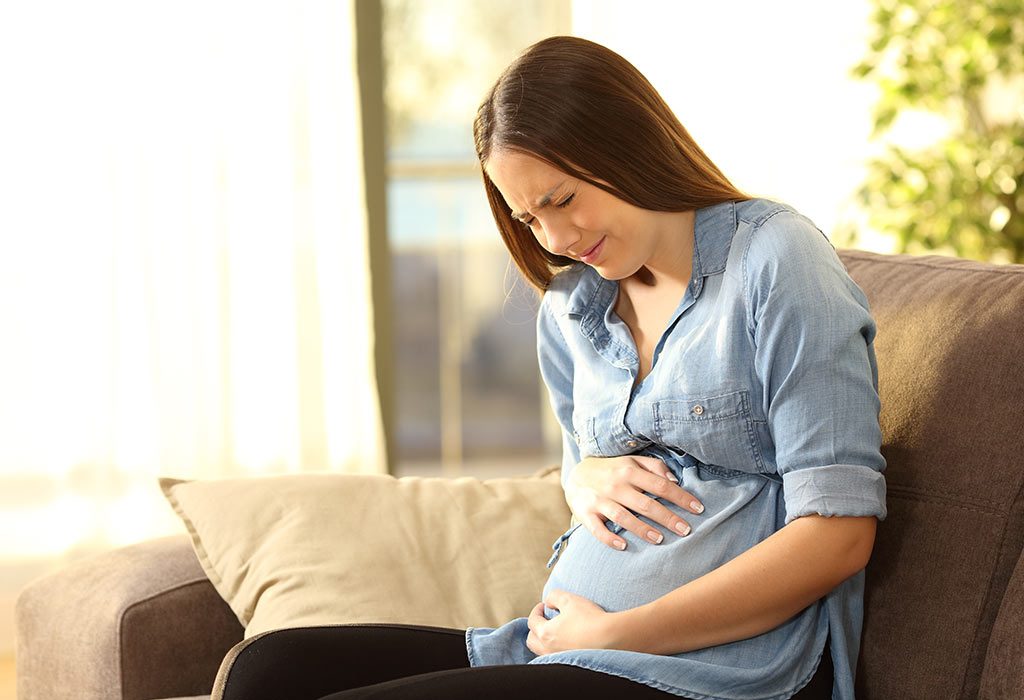 A discharge is not the only thing that seems to emerge from your vagina during pregnancy. Any presence of blood could lead you to imagine the worst, but most of the times there’s nothing to worry about. Tiny spots of blood are a result of an irritated cervix, especially if you’ve indulged in sex. However, any bleeding that’s out of the ordinary should not be ignored, especially if it is accompanied with cramping or pain of any sorts. Abruption of the placenta or a miscarriage can be a reason behind the bleeding as well, and your obstetrician needs to examine it appropriately. 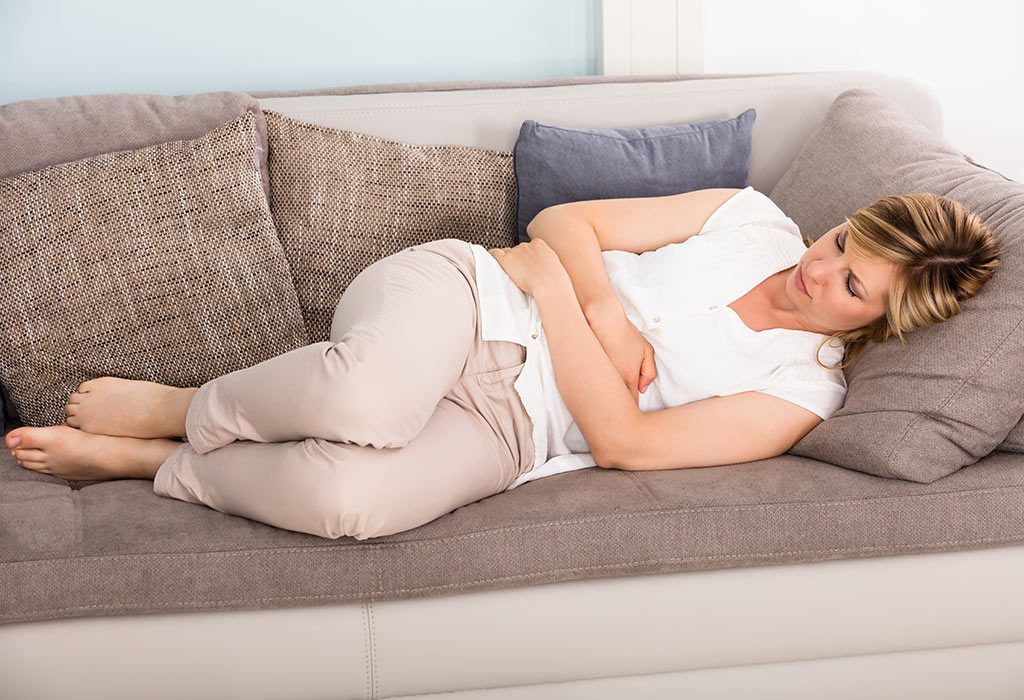 11. Exhaustion That is Too Extreme

Your body will ensure that your baby stays safe and healthy at all times. This means that your energy reserves are being tapped into considerably, which can cause you to feel more exhausted than ever before. However, tiredness that is extremely strong could indicate an improper level of thyroid hormones as well. Any instance of hyperthyroidism in a pregnant woman is dangerous for the child since it can lead to premature childbirth. Similarly, if the levels are too low, developmental problems could emerge in the child as well. 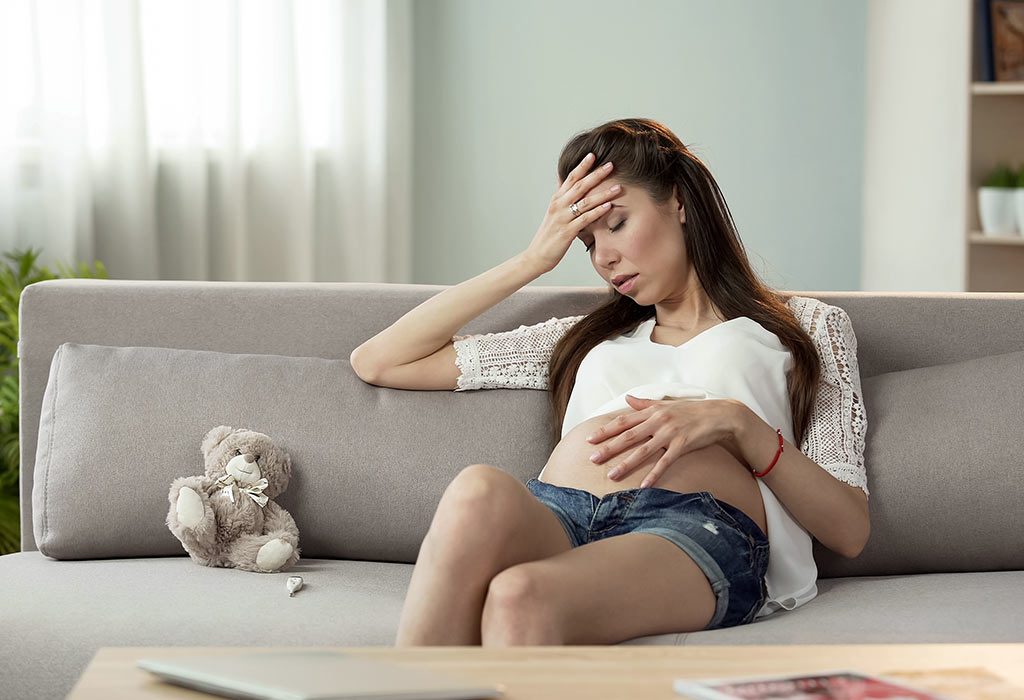 The final stages of pregnancy are the most confusing ones. This is also the time that Braxton Hicks contractions set in motion. These are meant to be a dress rehearsal of sorts, as your body begins to prepare itself for the actual delivery, by checking out whether contractions can be carried out in the right way. These are very different from any kind of cramps you have experienced earlier and fade away once you start moving. But if your contractions resemble menstrual cramps or tend to start occurring at a specific frequency, your baby may be on his way earlier than you thought. 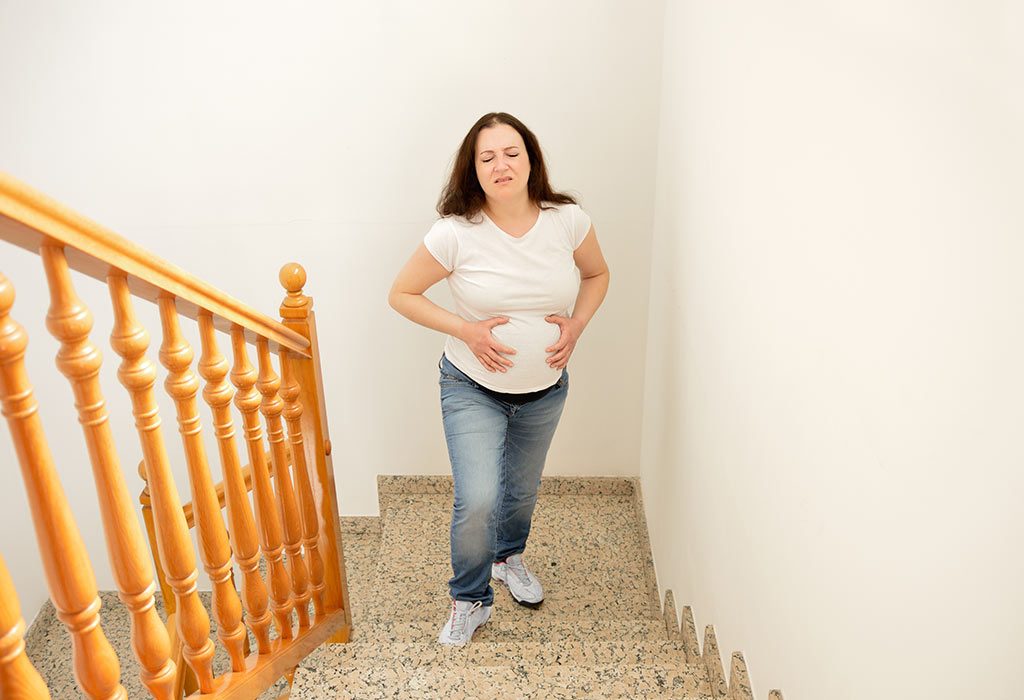 13. Gums That Bleed Quite Often

The numerous hormonal changes that occur within the pregnant woman’s body, combined with enhanced blood flow to different regions within it, can cause the gums to be highly sensitive and softer than before. At times, these can swell up and lead to gingivitis. Though it isn’t harmful, constant bleeding could result in periodontal disease that can reduce dental hygiene and open up the gateway to other infections. 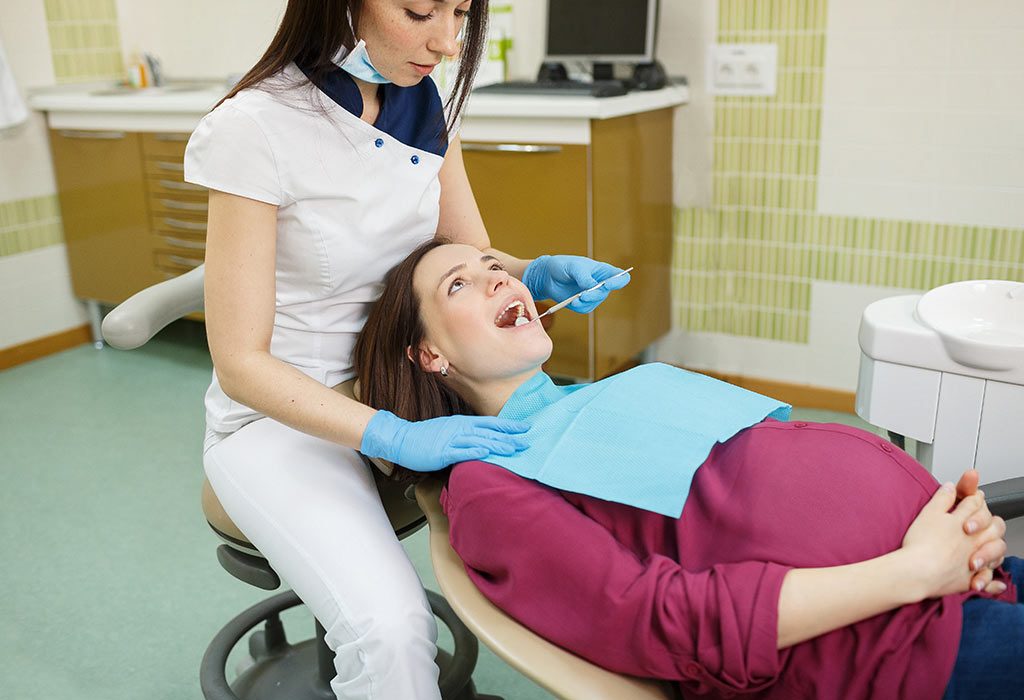 14. Extended Bouts of Vomiting and Nausea

The very definition of pregnancy is governed by the presence of vomiting sensations and a feeling of nausea. While these are strongest in the first trimester, there are instances where they continue throughout the pregnancy as well. On a general note, there is no reason to worry about these, unless they start getting excessive and debilitating, to a limit where you can’t have food properly without feeling like throwing up. 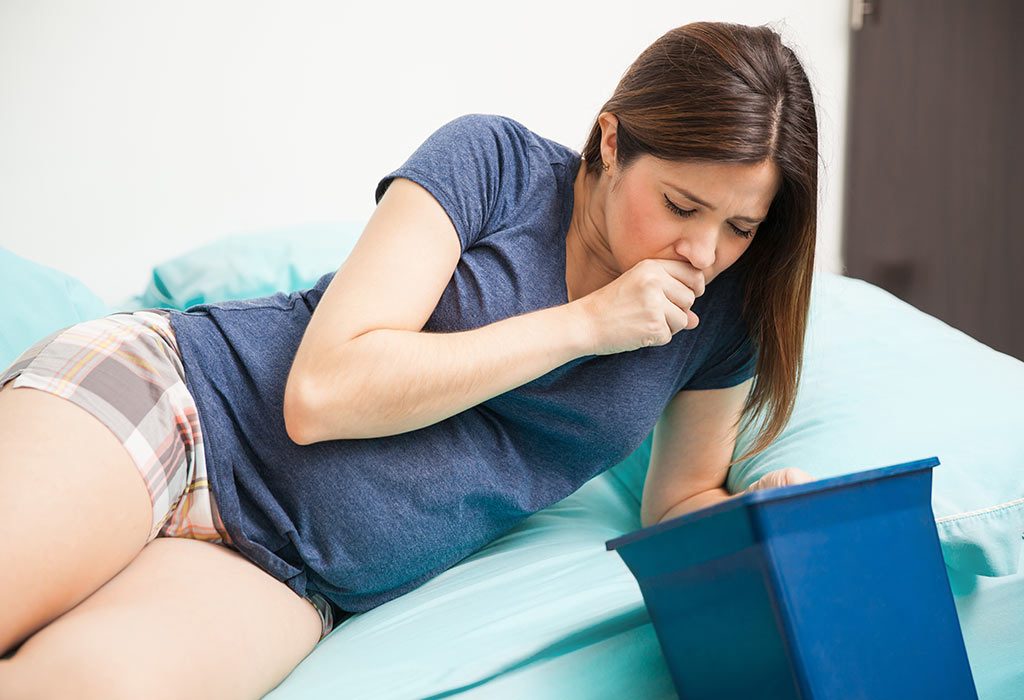 The expanding uterus can put pressure on your diaphragm and lungs, making it difficult to breathe properly or even take deep breaths. This feeling is normal as you progress ahead in your pregnancy. But if it sets in earlier in the journey, shortness of breath could be associated with a problem of the lungs or the heart, which need to be checked by your doctor. 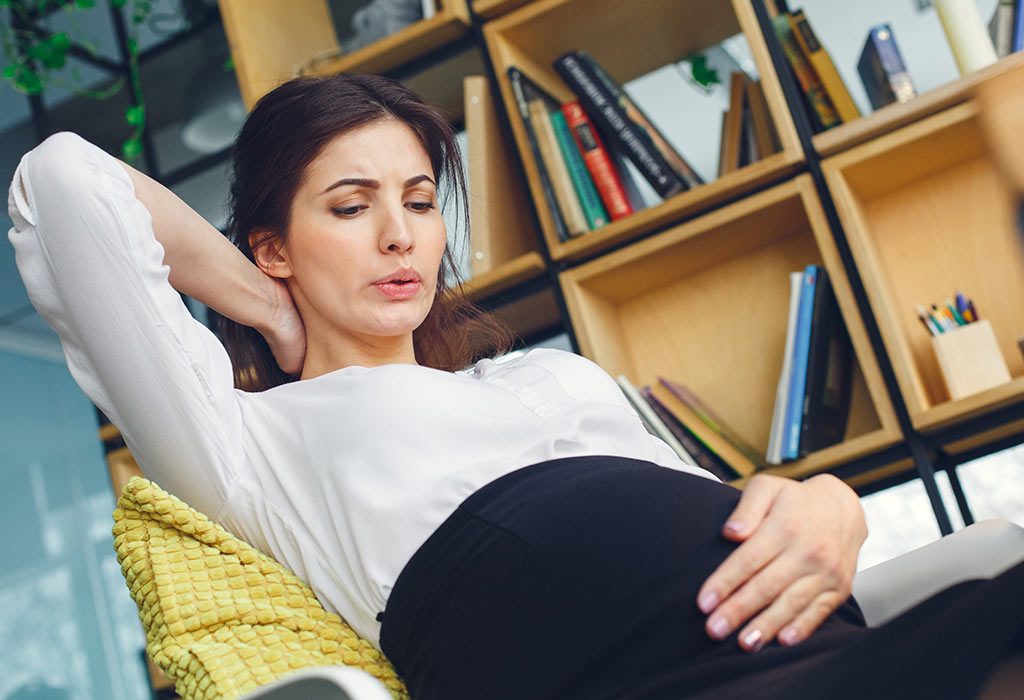 Being fully aware of any third trimester or second-trimester symptoms is a good way to be in control of your pregnancy. You don’t need to worry about the slightest issues, but understanding when a doctor’s intervention is needed is essential for a safe delivery. 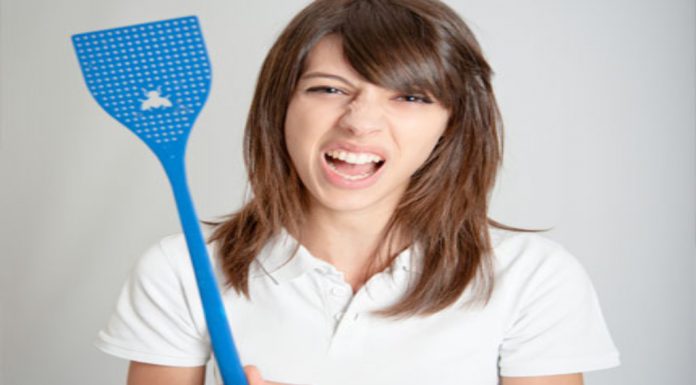 How to Shoo Fruit Flies Away From Your Kitchen!

Meditation for Children: How Beneficial is it?

Meghna Wani - February 17, 2020
Choosing the right name for your little one is never an easy task. There are several factors to take into consideration since this decision...