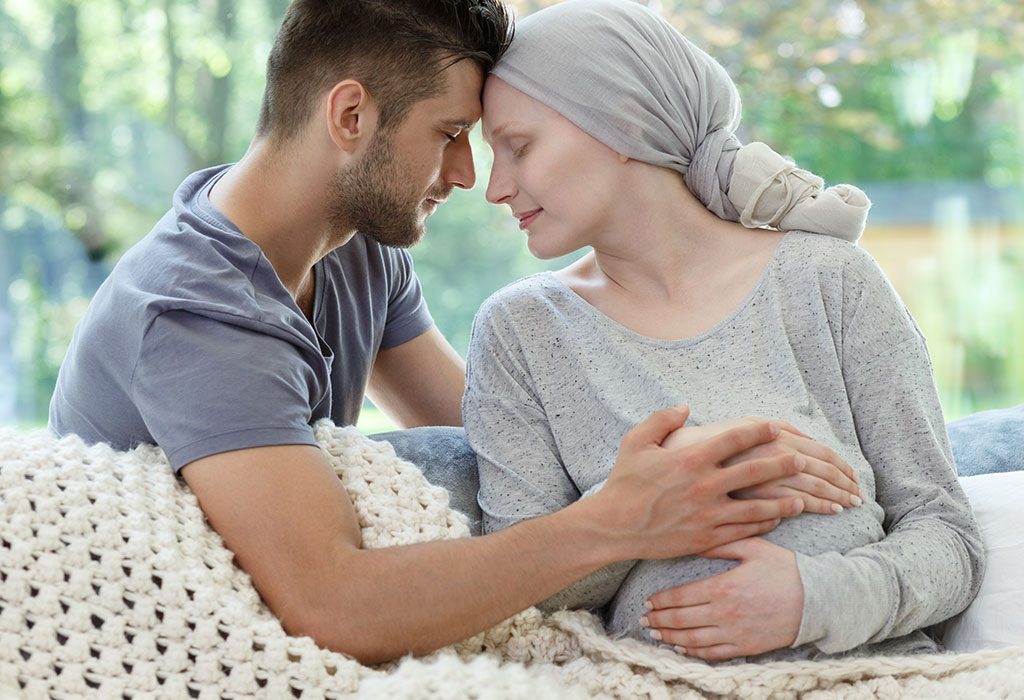 Unlike most other types of cancer, cervical cancer is a type of cancer that can be treated if it is detected and prevented early-on. Many countries include a cervical cancer diagnosis before providing consultations for pregnancy, thus lowering the risk of cervical cancer and ensuring a hassle-free pregnancy. By nature, cervical cancer does not affect the baby or influence the delivery in any way in the early stages; however, in its advanced stages, the treatment becomes a necessity as it has been known to be harmful to mothers. Read on to know more.

What Is Cervical Cancer?

Cervical cancer is basically cancer of the uterus. The ailment starts when the cells in the cervix start multiplying unhindered. They grow and reach a pre-cancerous stage, from where they soon begin multiplying rapidly. In some cases, these cancer cells multiply to an extreme stage really fast within a year, while usual case reports indicate that it takes years for the cells to go from pre-cancerous to the cancerous stage.

How Common Is Cervical Cancer During Pregnancy?

Cervical cancer during pregnancy is uncommon and affects about 1 to 3 percent pregnant or postpartum women. Around half the cases are diagnosed in the prenatal stages, while the other half, in the 12 months after childbirth.

Causes of Cervical Cancer in Pregnancy

In a healthy system, cells divide and die. When cells stop dying and start multiplying rapidly, they cause abnormal growth. Lumps form in the cervix and eventually mature into tumour cells. These cells become cancerous later on, thus leading to cervical cancer in women.

There are several causes of cervical cancer in pregnancy. They are:

There are 100 types of HPV infections, and 13 of these are known to contribute to the development of cervical cancer.

Symptoms of cervical cancer range from: Cervical cancer during pregnancy is diagnosed through a pap smear test. The doctor uses a special magnifying instrument known as the colposcope to scrape for cells from the cervix which are then tested. Women aged 21 and below usually undergo a diagnostic test to check for pre-cancerous cells, irrespective of pregnancy.

For obtaining tissue samples, your doctor may use:

If your doctor detects cervical cancer through laboratory testing or hospital diagnosis, then a further diagnosis will be carried out to determine the stage and extent of your cervical cancer. Common staging exams are:

What Is Cervical Dysplasia?

When abnormal cell growth occurs in the outer lining of the cervix, this condition is referred to as a Cervical dysplasia. Cervical dysplasia is a pre-cancerous stage and is heavily associated with the sexually transmitted Human Papillomavirus (HPV) infection. It is known to develop at any age and commonly found in women aged 30 and below. Cervical dysplasia usually has no symptoms and is detected through routine Pap tests during pregnancy.

What Happens After Diagnosis?

Treatment after a diagnosis depends on the severity and extent of cervical dysplasia. For mild conditions, continued routine monitoring with repeat Pap tests ensues, while for severe conditions, treatments such as cryosurgery, Electro-cauterization, and laser surgery are used.

After treatment, follow-up with respective doctors is necessary along with a repeat Pap test or an HPV DNA test between six to twelve months.

Can Chemotherapy Affect the Unborn Baby?

During the later stages of pregnancy, chemotherapy may indirectly harm the unborn baby by causing side effects in the mother.

Clinical trials involve special untested procedures used in research studies to discover alternative methods of cancer treatment. Although useful, they may also prove to be dangerous. Do speak with your doctor or concerned medical specialist before opting for any of these alternative treatment methods as some of them are complementary and may not be medically-approved.

Treatment of Cervical Cancer Based on Different Stages of Pregnancy

Routine Pap tests followed by a biopsy are used for the treatment of cervical cancer in the early stages of pregnancy. Surgery may be done during this stage which involves removing the tumour and surrounding healthy tissue in the cervix. This is invasive and poses little risk to the mother and the baby.

If your cervical cancer is in its earliest stages during pregnancy, your doctor may postpone treatment after a healthy delivery due to no threat to the pregnancy. After pregnancy, you may be subject to a hysterectomy (removal of the uterus) based on how far cancer has progressed after your pregnancy.

Chemotherapy may be combined with radiation therapy to provide the necessary treatment during these stages. These treatment methods are usually safe and do not harm the foetus during the second and third trimesters. For small tumours, there are two treatment options available for mothers-to-be: a cone biopsy, and a trachelectomy. Since a trachelectomy poses a risk to the unborn baby and may cause foetal demise during the operation, it is avoided during pregnancy. A cone biopsy is a preferred method in which a conical section of tissue is removed from the cervix for examination and diagnosis.

Your doctor will recommend chemotherapy for treating large tumours. You will either be advised to opt for early delivery or wait until the second or third trimester to start with this treatment.

There are no methods known for completely treating cervical cancer in pregnant mothers. Treatment methods will vary based on the stage and extent of cancer, and the overall health of the patient. Findings from studies and data from clinical trials performed on previous non-pregnant cervical cancer victims are used to assist with treatment or delay cervical cancer therapies during pregnancy.

Your doctor may advise you to abort the pregnancy if your cervical cancer has progressed to the most advanced stages of your pregnancy.

There are many ways to prevent cervical cancer from developing. The primary method is treating it as soon as it is detected, if possible, before the pre-cancerous stage and not letting it mature any further. The most common methods of prevention are:

It is recommended that every woman should undergo routine Pap testing (Pap smear) or HPV DNA Testing to diagnose signs/symptoms of cervical cancer. Routine vaccination is even recommended for those who have sex with multiple partners even beyond the age of 21 and above to prevent pre-cancerous stages from developing.

Make an appointment with your doctor and attend regular Pap screening tests to prevent the chances of cervical cancer from developing. By adopting a healthy lifestyle, not smoking, and ensuring you’re not sexually active before 21, you will greatly diminish the probability of Cervical Dysplasia from occurring. Routine vaccinations are also important for the prevention of HPV infections and cervical dysplasia.

During treatment, you may ask your doctor for palliative care, which is known to provide relief from pain and other symptoms of serious illnesses.

We recommend you ask for a second healthcare provider’s opinion when considering attending an examination for the diagnosis of cervical cancer. Sit with your doctor and ask about the treatment options available to you if you are diagnosed with cervical cancer during pregnancy since treatment methods differ according to individual medical profiles.