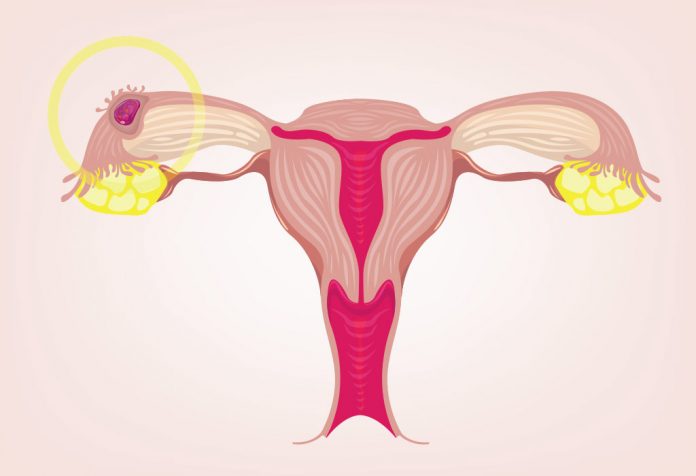 Pregnancy is one of the most beautiful experiences for a woman. The gift of being a mother is overwhelming and much cherished by women and their partners. However, not all pregnancies turn out to be normal, and some cannot be carried to fruition. One such type of pregnancy is an ectopic pregnancy, which is also called a tubal pregnancy. Almost 2% of the pregnancies in the world are ectopic and pose health risks to the mother.

An ectopic pregnancy can initially look like a normal one, but as it progresses, it can be painful and will need to be terminated. Read this post to know more about ectopic pregnancy, its diagnosis, treatment, etc.

What Is an Ectopic Pregnancy?

In a conventional pregnancy, the sperm and egg fertilise in the fallopian tube and are implanted in the spongy endometrial lining in the uterus. This lining provides all the nutrients necessary for the egg.

In an ectopic pregnancy, however, the fertilised egg is implanted outside the uterus. An ectopic pregnancy is more dangerous than it sounds as it could prove to be fatal for the mother. Thus, it is of extreme importance that you keep an eye out for any odd symptoms in the initial phase of your pregnancy and consult your doctor immediately if you feel something is amiss.

How Does Ectopic Pregnancy Happen?

As explained earlier, a normal pregnancy happens when the sperm swims up to the fallopian tube for fertilisation, and the fertilised egg is implanted in the inner lining of the uterus. However, if the fallopian tube is damaged or too narrow, it can cause the egg to implant in a different location. The implantation can happen just outside the fallopian tubes, abdominal space, ovary, or even the cervix. In such a case, the egg does not mature as it should, and the baby does not develop.

How Common Is an Ectopic Pregnancy?

Another study shows that only 50% of the affected women displayed all the symptoms of an ectopic pregnancy, hence making it extra difficult to identify it.

What Are the Causes of Ectopic Pregnancy?

The exact reason for an ectopic pregnancy can be unclear, and depend on a case to case basis. But, it can be credited to anything that causes stress or an imbalance to the affected woman’s uterus, such as surgery or pelvic inflammatory diseases. One common reason is a damaged fallopian tube that can prevent the transportation of a fertilised egg to the uterus and cause it to get implanted in the fallopian tube itself.

What Are the Risk Factors for Ectopic Pregnancy?

There are a few risks factors that can lead to ectopic pregnancy:

What Are the Signs and Symptoms of an Ectopic Pregnancy?

This kind of pregnancy shows symptoms of a normal pregnancy at the beginning, such as:

This is followed by vaginal ultrasound and a pelvic examination for further confirmation.

How Is an Ectopic Pregnancy Diagnosed?

An ectopic pregnancy is hard to diagnose, as symptoms can resemble any other normal pregnancy. In cases where the symptoms are very evident, the following diagnosis methods are used:

How Is an Ectopic Pregnancy Treated? In an ectopic pregnancy, there is no way that the embryo will survive. And the bigger it gets, the greater the risk for the mother. As the fertilised egg cannot be transplanted to the uterus either, the only option is to terminate the pregnancy.

The treatments usually employed are:

In some cases, if the symptoms are not profound, then you are not given any medication or treatment. This is usually preferred so that you will not have to suffer the medical side-effects. You are, however, closely monitored, and your pregnancy will mostly dissolve on its own. There is mild discomfort that comes along with this method, but will be taken care of.

A dose of methotrexate is injected into your system and will stop the embryo from growing. This will also be closely monitored by your doctor, and a second dose will be provided if deemed necessary. There are certain side-effects to this as well, and you will have to exercise some caution that your doctor will explain to you

Doctors resort to surgery only when internal bleeding is detected. It involves the removal of the fallopian tube where the pregnancy is found. This is done with the help of laparoscopy, and there are two types of keyhole surgeries carried out:

Treatment options are always widely discussed before a decision is made, and depends on the level of your condition. Always make sure that you are comfortable with the decision and never hesitate to ask questions.

Chances of Getting Pregnant After an Ectopic Pregnancy

It is important to remember that if your fallopian tubes are healthy and well-treated, a normal pregnancy is bound to happen.

Can an Ectopic Pregnancy Be Prevented?

You can, however, reduce the risks that contribute to an ectopic/cervical pregnancy:

Support After an Ectopic Pregnancy

After an ectopic pregnancy, it is only natural the mother’s emotional and physical health is affected.

Post diagnosis and fallopian tube pregnancy treatment, your doctor will need to confirm the termination of the pregnancy, but even after he does, the mother may experience a continuation of the symptoms.

This is mainly due to the presence of pregnancy hormones such as hCG in the body even after the pregnancy. This still conveys the feeling of being pregnant. If there are feelings of anxiousness, fear, anger, or depression, the mother needs to be reminded that the failed pregnancy is not her fault.

The loss of pregnancy is not only depressing for the mother, but for the partner and the family as well. It is prudent to seek the professional help needed or even just have a heart-to-heart conversation with someone close. Finding other women who have gone through the same experience and forming an ectopic pregnancy support group can help, too.

How to Deal With an Ectopic Pregnancy

If you have experienced an ectopic pregnancy, remember that if one fallopian tube is removed, you always have the other one to support your future pregnancies. Believe in yourself and your body’s ability to heal itself. The body has its own healing mechanism, and all you need is time and peace of mind.

Ectopic pregnancies are, in short, the opposite of every mother’s dream. Make constant trips to your gynaecologist to ensure good health and to be prepared for conception well in advance. Do not ignore any symptom or sign that you feel is uneasy. After an ectopic pregnancy, take the time to nurture yourself back to normal.

Ectopic pregnancies are not widely discussed and only come to the fore when they occur. You can do your bit to help educate as many women as you can, so they can take the precautions needed to avoid them, and stay alert if they see a risk. 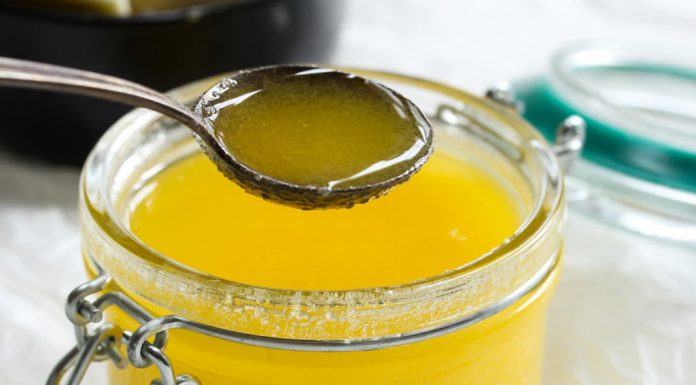 Is Eating Ghee After a C-section Delivery Recommended?

5 Excellent Solutions To Get Your Children Back – From the Screen!

Your Awesome Journey With Your Bundle of Joy and Wonder