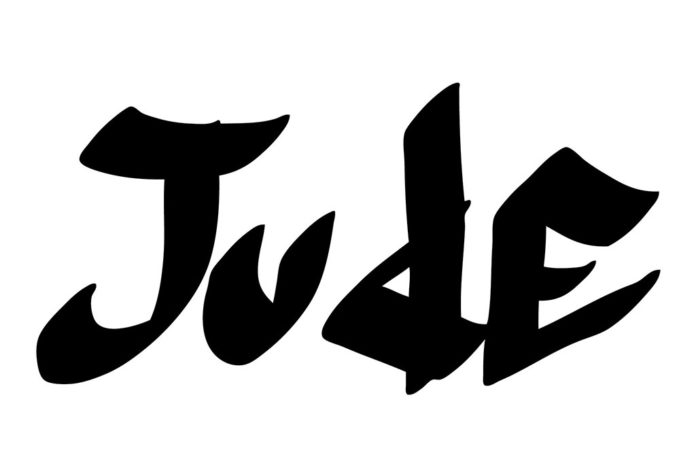 Choosing a name for your baby is a complex task that needs careful deliberation. Significantly, since names change so frequently and parents need to make sure that their child’s name is trendy, there is much to consider. One name that has gotten held back amid such trends is the boys’ name, “Jude.” Keep reading to know its meaning, origin, and why it needs to make a comeback.

What Does Jude Mean?

In Latin, the meaning of Jude is “praised” or “the praised one.” While the meaning of the name is highly positive and desirable, it had been a highly unfavoured name in the past. The negative connotations arose primarily due to the Biblical reference to the traitorous Judas. However, the name has enjoyed considerable popularity despite the meaning and connotations. Now, it is used more as a nickname for girls named Judith, Judy, and other similar names.

While Jude itself is a name with a considerably respectful and praise-worthy meaning, other spellings for Jude may signify the presence and usage of the name in other cultures as well. As such, you may use such Jude name variations to give your boy a unique name that holds a deep meaning in other cultures.

How Popular Is the Name Jude?

As per SSA data, the Jude popularity ranking has been steadily increasing over the years, despite the lack of notable celebrities in recent times named Jude. At the beginning of the millennium, the name was at the 679th position. However, over the years, the Jude baby name ranking has increased by leaps and bounds, reaching its highest level of popularity in 2019 by ranking at 152. Although it ranked 154 in 2020, the overall increased popularity over the last five years indicates that the name is bound to get popular in the following years as well.

As per the interest trends, Jude has been a popular search topic over the last decade. The name started the decade with the highest popularity, ranking 100 in December 2011. Although its search frequency has decreased over the years, the lowest popularity was recorded in March 2021 at 56, which is still a considerably high score.

Interest in Jude – the US

Just like the global interest trend, Jude has been popular within the US as well, enjoying popularity over the score of 50 consistently over the decade. While January 2017 recorded the highest popularity at 100, the lowest was recorded at 58 in March and May 2021.

Popularity of the Name Jude

Search Trends of Jude – the US

Among the sub-regions of the US, Tennessee was the sub-region that generated the highest search for “Jude” since 2011. Tennessee is closely followed by Louisiana, Mississippi, New Mexico, and Arkansas to round up the top five sub-regions.

Middle Names That Go With Jude

Middle names have become a highly popular trending in the Western part of the world. And rightfully so, since they help make a name sound much more beautiful and give your child the option to go by the one they like better. So, some double names with Jude that make it sound more attractive are:

Popular personalities often influence your choices when naming your child. In the case of Jude as well, numerous impressive and likeable celebrities make this name worth having. Here are a few:

The meaning of Jude is one thing that makes it especially desirable, and you may be looking for more baby names like Jude that have the same meaning. Keeping their meanings in mind, here are a few other names for Jude that will go well with these uncommon family names for Jude.

When you have multiple children, then not only do you need to ensure that all your children have beautiful names, but also that they suit each other. So, if you are looking for sister names for your child or brother names for Jude, here are a few sibling names that go with Jude:

As a parent, you will most probably call your children by their nicknames more than their formal names, well, unless they are in trouble. So, if you are looking for sweet, adorable, crazy, funny, or unique nicknames for Jude, here are a few ideas:

Jude is a classic name with religious connotations, is incredibly trendy, and is also steadily rising in the charts of popularity. In this regard, parents need to seriously consider naming their children Jude, which is on its way to becoming a trendy name. And with its beautiful meaning, your child will surely be proud of their name as well.

50 Portuguese Boy Names for Your Baby

An Insight Into Our Adaptation to the New Role as Mom

Does Your Baby Need Hypoallergenic Formula

Get a Cool House Without an AC!