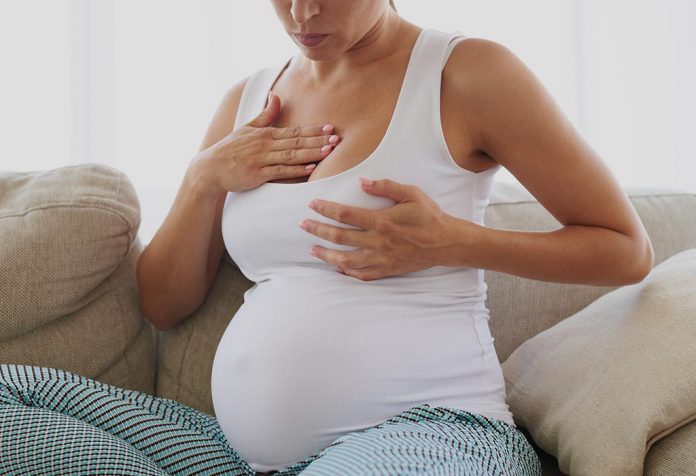 Pregnant women are likely to notice some milk leaking from the breasts towards the conclusion of their pregnancy often referred to as colostrum or the first milk. It can vary from being yellowish to clear and is quite thick in appearance. Colostrum is rich in antibodies and ideally should form a newborn baby’s first feed. Some pregnant women may be inclined to store this milk during pregnancy so that it can be provided to their neonatal baby if immediately needed particularly if the woman has diabetes. However, the practice of collecting colostrum is not commonly encouraged as it may result in certain complications which can be hazardous for both the mom and baby.

What Is Antenatal Expression of Colostrum?

Colostrum is the early milk that starts formulating in some pregnant women after the completion of the second trimester. Colostrum is full of antibodies and therefore vital for a newborn baby as it may help fight various infections. A small quantity of colostrum is generally adequate for a newborn baby until the mother’s milk starts flowing in larger volumes which usually happens on the second day after delivery.

Antenatal expression of colostrum means extracting and collecting colostrum or the first breast milk during pregnancy before the birth of the baby usually by hand. Sometimes a newborn baby may need extra milk feed even before the mother’s milk can ensues. Such an occurrence may arise in case a pregnant woman who has diabetes delivers a baby with reduced blood sugar and may require milk instantly to address the issue. Availability of colostrum expressed antenatally may allow the benefit of feeding the newborn with the essential breast milk rather than having to use formula milk. It is desirable to avoid giving infant formula milk to a newborn baby as the first feed as it is commercially manufactured and may lack crucial protective nutrients that a baby usually needs after his birth.

Other factors which may make a pre-birth expression of colostrum necessary may include babies who are born with cleft lip or palate thereby making holding on to the breasts difficult, babies with congenital conditions like cardiac complications or Down syndrome. In such cases having a readier supply of breast milk in the form of stored colostrum may prove extremely beneficial.

Is It Safe to Express Milk Before Delivery?

Expressing colostrum before birth third trimester may flow in small drops and can be a cause of distress for some pregnant women. Many medical practitioners also have concerns regarding the exercise of hand expressing breast milk before birth. The body of a woman releases oxytocin when a baby breastfeeds which helps the uterus to revert to its original size after delivery. Pitocin which is the natural form of oxytocin is responsible for triggering labour in women. In case a woman pumps her breasts during pregnancy there is a possibility that it can induce early labour and the baby may arrive before his full term gets over. A baby being born before his due date may not ready to be exposed to the outer world yet and is likely to be at a higher risk of infections and health issues. Preterm labour and early delivery can even endanger the survival of the newborn baby. Therefore, it may be detrimental to activate pumping too soon when pregnant.

Many pregnant women believe that pumping their breasts during pregnancy may cause the breasts to produce more milk after delivery. But this notion holds no truth in it. In fact, you may make your nipples sore before your baby is even born. In case a pregnant woman may want to bring on labour by stimulating her breasts it is advisable to refer to a doctor first for proper advice and guidance.

Colostrum with its high levels of immunoglobulins can provide an infant with considerable immunity. It is easily digested and may ease the early passage of baby’s first bowel movement which can help prevent jaundice. Some of the benefits of pumping breast milk during pregnancy can be:

How to Express and Store Colostrum Helpful points to keep in mind while expressing and storing colostrum include:

Risks to Mom and Baby

Expressing colostrum before birth may have the following risks for mom and baby:

Some of the frequently asked questions related to expressing colostrum while pregnant can be:

1. When can I start expressing colostrum?

Many pregnant women may ask, can I start breast pumping before birth? It is desirable to express colostrum by hand in preference to using a breast pump. Using a pump may be impractical for the small measure of colostrum that gets released. Also, the vacuum of the pump can intensify inflammation of the areola delaying milk supply.

Usually, you can go ahead with expressing at about 32 to 36 weeks of gestation. In some pregnant women, colostrum may start getting produced at the end of the second trimester of their pregnancy while some pregnant women may not draw up colostrum until after the birth of their baby. However, please consult your doctor for assistance and direction before commencing expressing. In case you begin to feel contractions any time during an expressing session immediately stop and seek medical assistance.

2. How often can you pump colostrum?

You can hand pump colostrum when pregnant two or three times a day. Start stimulating one breast for a few minutes until the colostrum flows and then shift to the other breast repeating the same exercise.

3. When is the expression of breastmilk not recommended?

Expression of colostrum is generally not recommended in the following conditions:

Breast milk has numerous health benefits for babies. Extracting and saving early breast milk or colostrum may help you avoid giving infant formula to a baby after his birth as it carries potential health risks and can facilitate successful breastfeeding after delivery. Having said that it is important to check with your doctor before beginning expressing colostrum during pregnancy to prevent any occurrence of probable difficulties in future.

Are You a Fit Mom — The Fitness Quiz

12 Healthy Soups to Try During Pregnancy

Tips to Keep Your Kids Engaged During the Coronavirus Lockdown