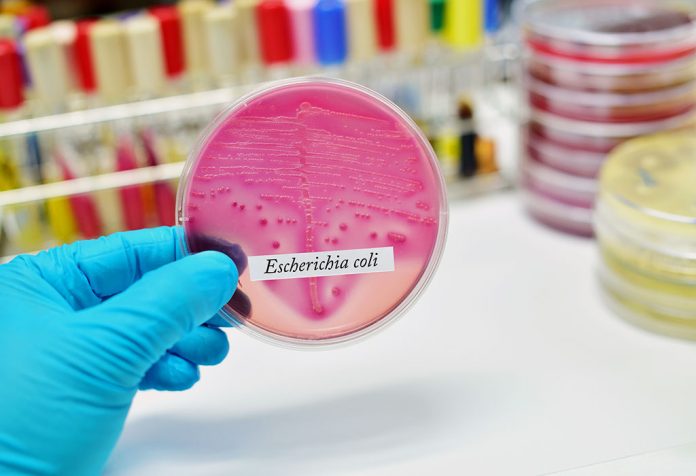 E. coli is commonly found in the intestines of people and animals; the bacteria is also rampant in the environment and food. But some types of E. coli can prove harmful causing severe illnesses. Let us find out more about the disease-causing E. coli and learn how to protect children from it.

What is E. Coli Infection

Escherichia coli (E. coli) is a group of bacteria present in the intestines of both humans and animals that help to break-down and digest food eaten. But some strains of E. coli bacteria are infectious and spread through contaminated food, water or other infected people or animals. E. coli is a concern among parents as when it is contracted by children it could cause a host of infections like diarrhoea, respiratory illness, urinary tract infections and blood infections.

By ingesting a small amount of E. coli from raw food or contaminated water, one could easily fall prey to the bacteria. Potential sources of E. coli infection are:

One of the most common forms of acquiring an E. coli infection is by eating contaminated food such as beef, unpasteurized milk and fresh produce. When cattle are slaughtered and processed, the bacteria in the intestine can get into the meat and contaminate it. Bacteria on the cow’s udder or milking equipment could get into raw milk. Fresh produce like spinach and lettuce could be contaminated by cattle farms in the vicinity.

Faeces from humans and animals could pollute groundwater including rivers, lakes and water used to irrigate crops. Municipal water supplies, private wells, rural water supplies run a risk of being contaminated even though have been treated with disinfectants. Swimming pools are also a place where people can be contaminated. Several outbreaks of E. coli have been linked to visits to the zoo and barns where children pet animals. Infected adults and children could transmit the infection if they don’t wash their hands properly.

Although E. coli could affect anyone exposed to the bacteria, there are some people more likely to develop problems than the rest. Risk factors include:

Young children and older adults at a higher risk.

People with a weak immune system or those suffering from terminal illnesses could become ill from ingesting E. coli.

4. Certain Seasons/Time of the Year

An outbreak of E. coli generally happens during the monsoon season between June to September.

Stomach acids offer protection against E. coli and if you are taking medication that decreases the production of acids, you could find yourself susceptible to E. coli infection.

Although E. coli mostly affects the intestines, it can affect other parts of the body as well. The following points explain the various signs and symptoms of an E. coli infection:

2. Symptoms of E. Coli in Brain

The K1 strain E. coli is responsible for meningitis in the brain. Newborns could get infected at birth or later from the hospital or home. Most common symptoms include: 3. Symptoms of E. Coli in Lungs

E. coli can cause bacterial pneumonia and the common symptoms include

Strains of E. coli bacteria mostly affect the intestine and symptoms manifest within seven days of contracting the infection. Symptoms include:

Diagnoses and Tests for E. Coli Infection in a Child

Your doctor will start the diagnosis of E. coli with a physical examination that involves

A stool sample to be submitted to the pathologist from the moment your child experiences symptoms to determine the strain of E. coli.

A urine test will be recommended to ensure the child does not acquire HUS.

An E. coli infection could give rise to blood complication like septicaemia in children and a doctor will recommend a blood test to rule out any harmful effects.

A non-culture test prescribed for determining STEC infection. The test is available only in big laboratories and hospitals so it is unlikely that your doctor may prescribe it.

If a child develops a UTI infection, the doctor may perform a rectal ultrasound and voiding cystourethrography.

Here are some of the strains of E. coli bacteria that infect the intestine:

Also called traveller’s diarrhoea, this strain of bacteria attaches itself to the intestinal cilia and produces toxins that cause diarrhoea and fever

This serotype of E. coli infects the lining of the colon, causing fever and diarrhoea.

This pathotype of E. coli is common in developing countries and causes watery or bloody diarrhoea in infants.

This E. coli strain form clumps on the intestinal lining and uses the toxin to prolong diarrhoea and is common among children. Some common health issues related to E. coli infection are as below:

HUS is a complication of E. coli that is characterised by a low red blood cell count (haemolytic anaemia), low platelet count (thrombocytopenia) and kidney damage (renal failure). Symptoms include tiredness, bleeding due to low platelets, less urination, oedema or swelling and weight gain owing to kidney failure. It is surprising to note that diarrhoea treated with antibiotics could post a risk for developing HUS. Electrolyte replacement, blood transfusion and dialysis are some common treatments used to treat HUS.

E. coli in babies urine could lead to urinary infections. If a child develops UTI due to E. coli, he will be prescribed antibiotics for treatment. Common medications prescribed are ciprofloxacin and trimetho-primp sulfamethoxazole. However, if the child is resistant to the above drugs, more aggressive treatment will be needed with the help of stronger antibiotics such as fosfomycin and nitrofurantoin. UTI’s are generally treated with oral antibiotics and only if a child does not have vomiting as a symptom. The course of treatment is for about 10 days.

In most cases, E. coli is not treated with medication and left to be treated on its own. Doctors generally let the illness take its course. However, the doctor will monitor the child during the infection to ensure it does not worsen or lead to HUS. It is important for you to monitor the symptoms such as check the blood in the stool, monitor the number of bowel movements and check for any bleeding or other symptoms. E. coli toddler treatment generally includes adequate rest, intake of lots of fluids in the form of water or electrolytes to prevent dehydration. In cases of dehydration, doctors may put the child on IV fluids. It is also important to follow a light diet constituting of rice, low-fat foods, and fruits and avoid spicy foods. Do not administer any medicines for diarrhoea unless suggested by the doctor. Ways to Prevent E. Coli for Parents and Kids

There are several precautionary measures that kids and parents can take to prevent contracting E. coli:

It is important for both parents and kids to wash their hands after they use the bathroom or change diapers.

It is important to wash vegetables and meat thoroughly as this will destroy the bacteria. Do not prepare food if you are suffering from stomach ailments.

Make sure your kitchen top is clean and has no stains of left-over food. Clean your toilets as it is a common place where bacteria spreads. Do not store raw meat with ready-to-eat food items.

Make sure that your boil water or invest in a water filter that will filter the water before you drink it.

Inculcate the habit of personal hygiene and cleanliness in kids. Make sure they wash their hands after using the toilet, after petting animals.

6. Avoid Fingers in The Mouth

This holds good for both parents and children alike. It is important that one does not put their hand into their mouth. Children are fond of putting their fingers in their mouth, sucking their thumb or biting nails. Dissuade your children from forming such habits.

Do not drink unpasteurized milk or juice or dairy products like cheese etc.

8. Stay Away from Animal Manure

Teach your child to stay away from animal faeces as they contain E. coli and stay longer even after being eliminated from the digestive tract of animals

Make sure you keep your child away from dirty pools, streams and lakes as they are a potential source of E. coli bacteria.

Be up-to-date with the information of any cases of an outbreak of E. coli to track the source and take necessary precaution to avoid contracting the illness.

An E. coli infection is contagious, for at least as long as the person suffers from diarrhoea or even after that. It can also spread from person-to-person contact.

2. When to Call The Doctor?

E. coli as an infection could be taxing on your child. However, most infections go away within a week of manifestation without any medication. But it is important to monitor the symptoms and seek medical advice in case of emergencies to rule out any further complications like kidney failure or blood-related problems.

Baby Crying in Sleep – Causes and Ways to Soothe

Babyhug Suction Bowl With Spoon – The Best Brand You Can Ever Find!

Teething Issues in Babies and Ways to Handle Them Tactfully