Using a Mobile Phone During Pregnancy – Is It Safe?

Using a Mobile Phone During Pregnancy – Is It Safe? 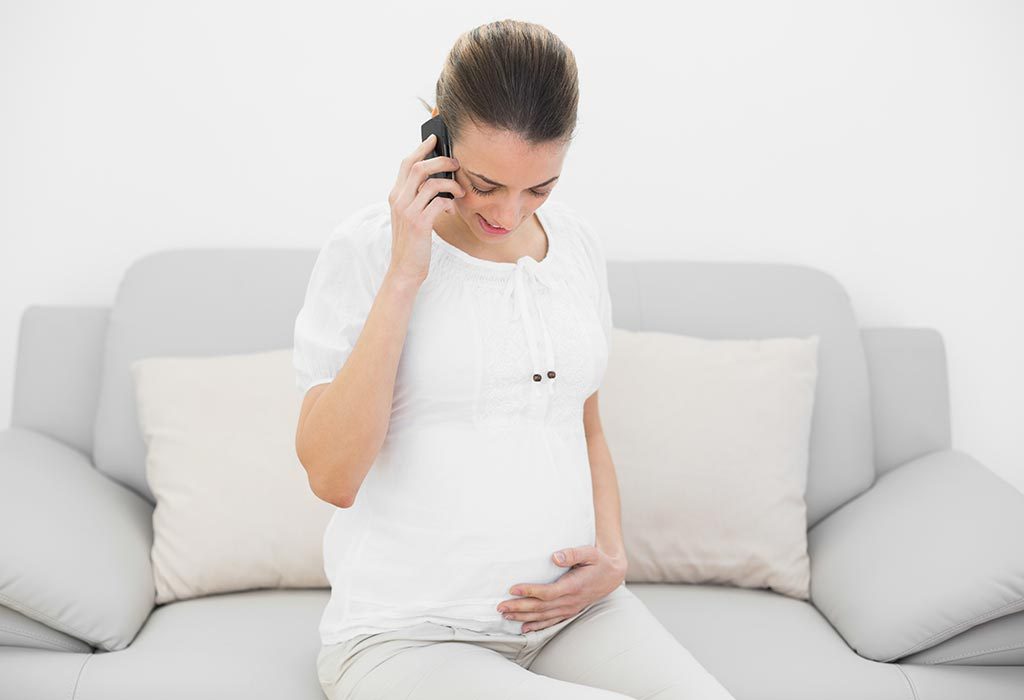 Pregnancy is a period when a woman needs to observe extra safety measures to ensure the well-being of her child as well as herself. By now, you must be well aware of why you should eat healthy foods and give up junk food during pregnancy. But do you know that the little things that form a part of your daily life can also harm you during this time? Radiation from mobile phones, computers, and wireless routers can also affect your pregnancy.

A pregnant woman is exposed to so many environmental influences that it may be tough to pinpoint just one that may affect her pregnancy. Using electronic devices that emit radiation, such as WiFi routers and smartphones has remarkably increased in recent times. This implies that a pregnant woman may be exposed to enormous quantities of radiation even if she is not using a mobile phone.

Researchers advocate that mobile phones emit radio waves – a type of non-ionising electromagnetic radiation – which is not likely to affect the health of the mother or the growing foetus. However, some studies also suggest that the long-term use of a mobile phone can trigger insomnia, reduced bone density, and brain function. That said, exposure to lower and limited levels of mobile radiation may not be harmful to your health. Therefore, it makes sense to limit your exposure to cell phones during pregnancy.

Is It Safe to Use a Cell Phone During Pregnancy?

Mobile phones emit electromagnetic radiation, which is a form of non-ionising radiation. These emissions are low-level energy waves that may not infiltrate deep into the human tissues but can harm your eyes.

Mobile phones are usually rated basis the frequency of radiation they emit. This rating is known as SAR (specific absorption rate) which informs you about the quantity of radiation your body may absorb when using that particular phone. The SAR value may vary from phone to phone, model to model, and brand to brand. The higher a mobile phone’s SAR value, the more is the radiation absorbed by the body. Using a mobile phone continuously during pregnancy can expose you to greater radiation absorption which may interfere with your brain activity and affect sleep patterns, cause fatigue, or contribute to decreased memory.

Numerous studies have been conducted to ascertain if mobile phone usage poses a serious health risk. However, no study has proven any adverse health effects of using mobile phones for shorter periods of time. However, while pregnant, it is best to be overcautious than sorry. What Does Research Say About Using a Mobile Phone While Pregnant?

Research has been conducted to understand the impact of using a cell phone during pregnancy. As per research conducted by scientists at Yale University, cell phones were attached to the cages of pregnant mice to observe how radiation might affect the foetus. When the mice gave birth, it was observed that mice that were exposed to cell phone radiation constantly gave birth to babies who had behavioural problems similar to those of ADHD. However, this research is also not conclusive because human beings are much larger and will not be using their phones 24/7.

A 2017 study done in Barcelona that involved over 80,000 mother-child pairs concluded that parents who spent more time on their phones were likely to have children with behavioural and emotional issues, especially ones related to hyperactivity. However, this has more to do with the fact that parents need to spend quality time with their children in order to boost their mental and emotional self-esteem and less to do with cell phone radiations.

Most research done so far in this field has been limited and mostly restricted to animal testing. Therefore, there is no absolute certainty that mobile phone usage during pregnancy is unsafe. But in case you are still concerned, there is no harm in taking certain precautions while using a mobile phone when you are pregnant.

Impact of Overusing a Mobile During Pregnancy

Overusing a cell phone during pregnancy may affect you and your baby in the following ways:

The ill-effects of cell phone radiation is a cause for concern during pregnancy. Many experts believe that excessive use of a cell phone during pregnancy can cause a few behavioural and emotional problems in the baby. Therefore, you must try to limit the use of mobile phones when you are pregnant. Here are some useful tips to limit mobile phone usage:

Resources and References: What to Expect

Also Read: Is It Safe to Use Microwave in Pregnancy?