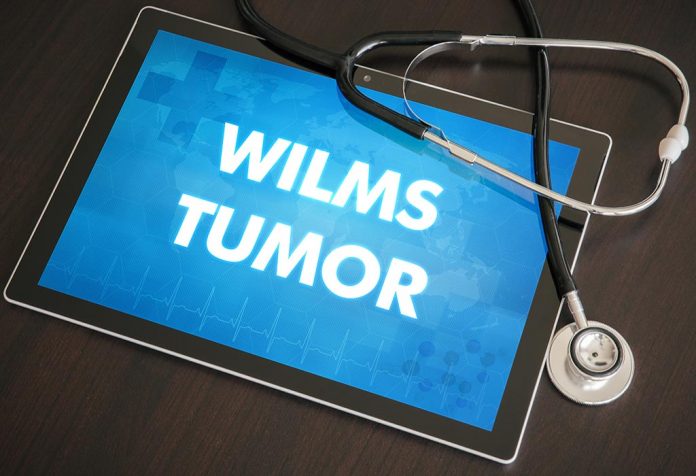 Wilms’ tumour, also known as nephroblastoma, is a type of cancer that starts in the kidneys. It primarily affects children and is the most common type of cancer affecting children. To understand more about this, read the article. Know what Wilms’ tumour is in detail, what are its causes and how you can treat it.

What is Wilms’ Tumour?

Signs and Symptoms of Wilms’ Tumour in Kids

Wilms’ Tumour is mostly ‘unilateral’, i.e. it affects only one kidney. Sometimes, there can be even more than one tumours in the same kidney, however, only in around 5% of the cases of Wilms’ Tumour does it affect both kidneys. There is no sure way to predict an instance of Wilms’ tumour, as medical research has yet to pinpoint what genes or external factors may directly trigger the growth of such a tumour. However, studies have confirmed that genetics and ethnicity play a role in increasing the chances of Wilms’ tumour in kids.

As per research, only 2% of patients with Wilms’ tumour have a relative who had the same condition. So, it cannot be concluded that Wilms’ tumour is hereditary. However, certain genes have been loosely associated with increasing the risk of Wilms’ tumour in children. Genes WT1 and WT2 have been found to suppress tumour formation. If these genes are absent or present in the mutated form, it may predispose children to develop Wilms’ tumour.

Children of African descent are more prone to developing Wilms’ tumour. It may occur in Caucasians too but the chances are less. Asian-Americans have the lowest risk.

The risk of developing Wilms’ tumour is slightly higher in females than in males. The ratio is 1 female case for every 0.92 male cases.

Wilms’ tumour can be diagnosed by imaging tests such as Wilms’ tumour ultrasound, tomography, and MRI. Wilms’ tumour instances have a high survival rate as compared to other types of cancer. The risk increases in the later stages.

The 5 stages of Wilms’ tumour are as follows:

Around 40-45% of Wilms’ tumours are stage 1. In this stage, the tumour is limited to one kidney and can be removed completely through the surgery.

About 20% of Wilms’ tumours are stage 2. Here, cancer will have begun spreading to tissues in an around the kidney. However, it is still possible to remove completely through surgery.

Stage 3 tumours cannot be removed completely and are treated with preoperative chemotherapy. 20-25% of Wilms’ tumours are diagnosed at stage 3.

In this stage, cancer spreads from the kidney to other organs such as the lungs, liver, and even brain. Stage 4 accounts for around 10% of Wilms’ tumour diagnosis.

When cancer affects both kidneys at the time of diagnosis, it is considered to be stage 5. Only 5% of instances are stage 5.

After diagnosis through imaging, each case of Wilms’ tumour can be further studied by extracting tissue cells and studying them under a microscope. This is known as histology.

If the central part of the cell(nuclei) in tumour cells are observed to have grown large and become dark- coloured, it makes for unfavourable histology. This condition where the nucleus grows enlarged and cell boundaries become less defined, is known as anaplasia. If it is anaplastic, it is difficult to cure.

Treatment for Wilms’ Tumour in a Child

Wilm’s tumour is a rare condition and it is recommended that you visit a doctor who has an experience of treating it. The treatment of Wilms’ tumour involves chemotherapy and surgery. In advanced cases, it could also involve radiation.

Surgery is the go-to first treatment for Wilms’ tumour. Initially, surgery may be required to extract tumour cells and study them. A surgery may be done for the following reasons:

Chemotherapy stands for Chemical-therapy. In chemotherapy, chemicals are administered into one’s veins to combat cancer. However, these chemicals often come with side effects such as nausea, vomiting, hair loss, and risk of infections. The side effects depend on the combination of chemicals used. Chemotherapy is used in adjunction to surgery. It helps shrink a cancerous tumour to make surgery less risky. It could be used after surgery to kill off remnant cancerous cells. The longer the cancer is present, the further it compromises one’s health. This is why early detection is of prime importance for any kind of cancer. Serious complications from Wilms’ tumour arise if cancer has spread to other organs as well. This would affect the healthy functioning of those organs as well. In the long run, all our organs are dependent on the best functioning of the other, and when one fails, it causes a slow chain reaction that will affect all other organs. This makes post surgery healthcare just as important as the procedure itself.

Chemotherapy makes use of chemicals that are toxic to the body to fight cancer. There are certain health complications associated with chemotherapy, which are:

These effects may require additional medication to treat, but they are not permanent. Loss of kidney tissue and high blood pressure due to improper kidney function caused by Wilms’ tumour is a long-term effect. These conditions will need to be monitored and cared for constantly.

Wilms’ tumour survival rate is generally high. In advanced countries, over 90% of children survive long term. However, in less advanced countries, especially in African nations, with poor infrastructure, the survival rate is low. Also, there have been very few studies on Wilms’ tumour in India. AIIMS had achieved 77% event-free survival rate of Wilms’ tumour treatment according to information from International Society of Paediatric Oncology (SIOP) Congress in 2009. The occurrence of Wilms’ tumour can even lead to the development of a second tumour later in life. Malignant cells left behind from a previous tumour migrate to other organs and develop there. This is known as metastatic cancer.

A cancer diagnosis is tough not just for the patient but for the family too. These are some tips from people who have been through the struggle, to help you cope and come out of it stronger.

Relapse of Wilms’ tumour happens in about 15-20% of cases. However, the majority of these happen within 2 years of the treatment of the first instance, rarely does it recur after this time period.

Adults may develop cancers because of their unhealthy lifestyle, like smoking, drinking, etc. However, lifestyle choices aren’t the cause of cancer in children. As far as Wilms’ tumour is concerned, there is no evidence that the mother’s lifestyle while being pregnant has any effect on the occurrence of cancer in the child. Very rarely, instances of Denys-Dash syndrome or other similar syndromes indicating the presence of mutations in chromosome 11p13 may force your doctor to take preventive action by removing the kidney (if the donor is available). However, this is extremely rare and is done only if there is 100% certainty of the development of Wilms’ tumour.

Wilms’ tumour is rare, and the success rate for a full recovery is extremely high. As medical research and facilities progress, this rate will go up further. So, don’t worry.

Spotting and keeping Household Poisons Away from Infants

This or That, Who Decides What is Right for Your Baby?