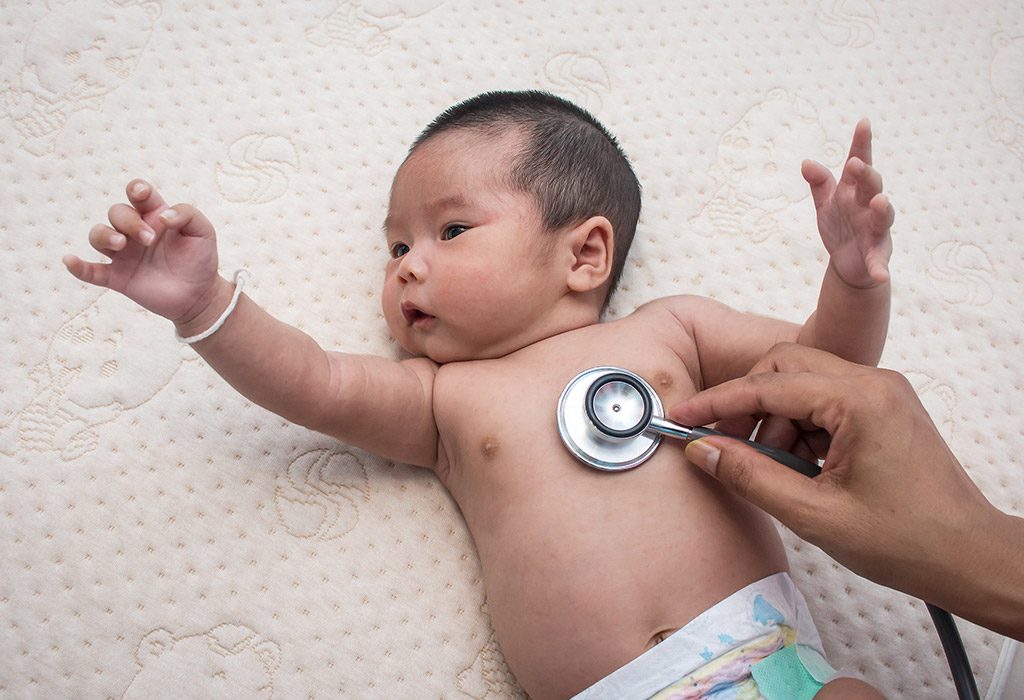 Nearly eight percent of our weight is blood, of which half is composed of red blood cells or RBCs. RBCs contain the red pigment known as haemoglobin which binds to and transports oxygen to every cell in the body. Read on to find out what happens if there is a problem with RBCs or haemoglobin.

Anaemia is the condition in which there is a problem with the functioning of the RBCs or haemoglobin in the body. This can cause complications, given the importance of both RBCs and haemoglobin in supplying the body with oxygen. Babies and adolescents are susceptible to it as growth spurts have been linked to the condition.

There are several types of anaemia depending on how it is caused. Some of them are:

Iron Deficiency Anaemia, in children, is caused due to insufficient iron in your child’s diet.

This is a genetic condition, under which there are several categories. These include:

This is a condition in which the RBCs have abnormal shapes, making them very delicate and prone to destruction.

This is the type of anaemia in which RBCs are destroyed faster than they are created. This is because of an abnormal form of haemoglobin which does not carry oxygen in an efficient manner.

This is the absence of the enzyme Glucose-6-Phosphatase Dehydrogenase, which protects the RBCs from toxins and infections. In this condition, RBCs are broken down easily.

This disease causes the RBCs to become brittle, gluey, and crescent-shaped, slowing down blood flow and blocking arteries. This means that the body is not receiving the oxygen it desperately needs.

This condition arises when your immune system recognizes its own RBCs as a threat and destroys them.

This condition is caused when the bone marrow stem cells, necessary for RBC production, are damaged due to infection, toxins, certain medicines or cancer.

Causes of Anaemia in Kids

Some of the causes of anaemia are:

As haemoglobin in the RBCs obtains its iron from your diet, not eating enough iron-rich food could lead to this condition. This is especially relevant to growing children, as they require higher quantities of iron in their food.

Teenage girls going through puberty face both rapid growth and blood loss through menstruation. If the monthly bleeding is excessive, it can increase the likelihood of anaemia due to a drop in the number of RBCs.

Lead poisoning can cause haemolysis, or rupture of the RBCs, leading to the complication.

In this case, iron is not absorbed efficiently by the child’s body even though there is enough iron in the diet.

A deficiency of Vitamin B12 and folate can also lead to anaemia.

Signs and Symptoms of Childhood Anaemia

Children under three years old might end up with developmental and neurobehavioral impairments such as reduced motor function and inability to socialize well. Here are some of the most common signs and symptoms of children with anaemia: If the RBC count is below a certain level your doctor might ask you to undergo certain diagnostic examinations:

This test can detect and identify forms of haemoglobin that are abnormal, which is useful in the diagnosis of genetically inherited anaemias like Thalassemia and Sickle Cell Disease.

This diagnostic method can identify problems with RBC production by looking at the source: the bone marrow stem cells. The bone marrow is sucked out of the body and tested for any stem cell defects.

Anaemia, if untreated, is associated with several complications:

It has been known to influence the mental development of children resulting in learning disabilities, reduced attention and lack of focus.

Anaemic children have decreased resistance to infections as their immune systems are affected by the disease.

The treatments for anaemia are dependent on factors such as the age and medical history of your child; as well as the severity of the condition:

For iron-deficient anaemia, your doctor will recommend iron supplements to administer to your child. Newborns and babies can obtain the medicine via drops while older children from capsules or tonics. Foods rich in iron are also suggested as a treatment option.

In extreme cases, a bone marrow transplant may be obtained from a healthy donor. The stem cells from the donor marrow will enter your child’s circulatory system and reach their bone marrow, where they can create healthy RBCs.

Don’t forget to refer to your doctor before using the following tips:

Feeding your child cereals or baby food that has been fortified with iron will ensure they have enough in their diet.

Cow’s milk is not recommended for children until they are over twelve months old. This is because your baby will end up preferring cow’s milk to foods that are better sources of iron. Cow’s milk might result in internal bleeding which will lead to reduced iron absorption.

Don’t feed your child only iron-rich foods while neglecting the other important nutrients. Keep them in the best of health by feeding them nutritious foods like fruits, greens vegetables, lean meats, nuts, and whole grains. The following is a list of iron-rich foods that should be an essential part of children’s diet, whether or not they have anaemia:

Anaemia is usually a short-term problem with effective solutions. However, if left untreated for too long, it could end up causing seizures, neurological impairment, multiple organ failures and even death. If you notice any symptoms of anaemia in your child, please contact your doctor immediately.