7 Simple Steps To Teach Your Child To Catch

7 Simple Steps To Teach Your Child To Catch 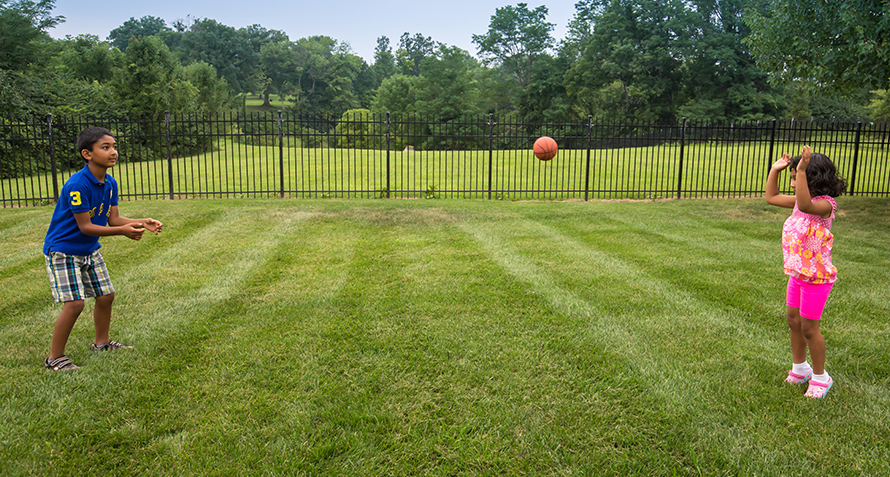 Playing catch is a strong indicator of your child’s hand-eye coordination and helps in motor skills development. If your toddler needs to hone his catching skills, read on to find how to go about it.

Even though your preschooler is able to roll and throw a ball at an early age, he might find it difficult to catch a ball or any other object coming in his direction successfully. Catching is a developmental activity which needs a good amount of practice. Help your child get there by helping him understand the basics of catching. We’ve listed some simple, helpful steps help you teach you out.

1. Receive and Push a Ball Across The Ground

Teach your kid to receive a ball that is rolled towards him across the floor and push it back to you. This simple step inculcates the concepts of reciprocal game, cause and effect (push the ball so that it rolls back), and taking turns.

2. Learn Catching a Ball Using Both Your Hands

Try an underhand toss technique and throw a big soft ball towards your kid’s chest. Initially, guide your kid to catch this big ball by using his entire hands from arms till palms and cradle the ball to his chest, as if your kid is hugging the big playground-sized ball. Once his accuracy to catch the big ball improves, teach him to catch the ball only by using the palms and fingers of his hands.

3. Catch a Tossed Ball Just With One Hand

Instruct your kid to put his one hand in his pocket or hold it behind his back. Now, you stand across and toss a ball towards your kid’s chest and encourage him to catch it by using his free hand only.

4. Drop and Catch a Bouncing Ball Using Both Hands

Move to the next level of learning the catching skill. Guide your child to drop a tennis ball and, as the ball bounces back up towards him, tell your kid to catch it using both the hands. Here the technique your kid should learn while catching the bouncing ball is to catch the ball at the waist height, which is lower than the chest level and is bit more difficult and hones your kid’s catching skills.

5. Drop and Catch a Bouncing Ball Using Just One Hand

Once your kid masters dropping and catching a bouncing ball with his two hands, encourage him to try the same and catch the ball with just one hand.

6. Bounce and Catch a Ball Game Involving a Partner

Playing over/under catching game is a challenging activity. You need two balls and two players. When you are playing this catching game with your kid, designate you as ‘over’ and your child as ‘under’. You need to throw the ball that is given to you over i.e. in the air towards your child and your child should catch it. Your child needs to throw the ball that is given to him under i.e. bounce the ball on the ground towards you and you should catch the bouncing ball. Play this without letting both the balls slip on the floor. Later, you can exchange your positions with you as ‘under’ and your kid as ‘over’ and play again.