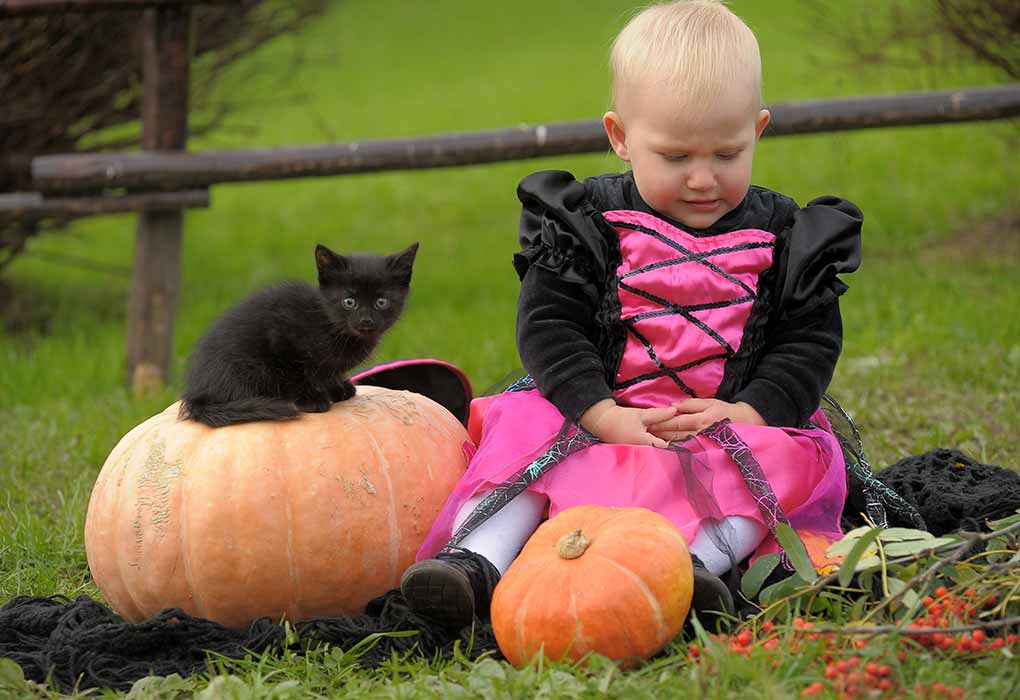 A new and exciting option is now there for you for naming your baby boy or girls. The likes of the Harry Potter series and the Vampire Diaries made the witches, wizards, and warlocks famous and their names an exciting option for parents. These inspired baby names are a bit different and give a feel of magic and wonder. Furthermore, you can get a little creative and make a slight variation in these names to make them sound precisely the way you want.

Looking for a quirky baby name for your daughter, consider these awesome witch, wizard, and warlock names.

The name refers to a group of healer women who were hanged in 1612. Alizon, along with her mother, was arrested on the charges of Witchcraft.

Now this one is from England. Also known as Mother Waterhouse, she remains the most famous in the country. Interestingly the meaning of the name is ‘holy or pure.’

She is Greek sorceress and the titular character from an opera by Handel. Riccardo Broschi wrote it. If you are looking for witchy baby girl names, this is one.

Remember the 1988 movie, Willow? Baymorda is the antagonist in the film, where she takes you to far corners of the imagination.

As per the Greek legend, she was a sorceress who converted human beings into wolves, lions, and swine with drugs. Helios is her father.

From Greek mythology, she is the princess of Troy. She made accurate prophecies and was not believed by anyone. She was the daughter of King Priam and Queen Hec.

She is the Roman Goddess of the moon. However, in European mythology, she is the ‘queen of the witches.’

She is the main character in the movie Oz. She portrays the wicked witch of the East in the film.

She is the Good Witch from the South in the OZ novels written by Frank Baum. This fictional character first appeared in the 1900 book titled The Wonderful Wizard of Oz.

In European mythology, the Hazel tree has branches that are the magical keeper of wisdom and also symbolize fertility.

Hecate is the Goddess of Witchcraft. The name means ‘far-reaching power.’ She is also a universal keeper of keys.

It is an aromatic flower known to be magical in mythology. The name is of Arabic origin and is mystical in its properties. This flower is often used in Witchcraft.

Ever since the 17th century, it has been popular in superstition and folklore. It is considered to be bad luck. In many contexts, it is also used as a spell for bringing bad luck.

She is from The Chronicles of Narnia. She portrays the character of a sorceress that fights the bloody rebellious war against her sister.

Kotake is one of the recurring legends from the Legend of Zelda series. The other one is Koume.

From Gillikin County, she is the Good Witch of the North. A fictional character from the Land of the Oz written by Frank Baum is mild-mannered and elderly.

In Greek mythology, Lamia is the monster or the serpent. This Libyan queen was once cursed by Hera thereby converted into a child devouring serpent.

In Greek mythology, she is the daughter of Pelasgian and wife of Cyzicus. It is a Greek sea nymph.

In English mythology, Puck refers to a nature spirit or demon and in many contexts a fairy. In folklore by Robin Goodfellow, it is the name of a character.

She is a titan from Greek mythology. A daughter of Uranus and Gaye, she is also identified with the moon. She is the mother of Leto.

She is a powerful sorceress, an evil alien who is dent of domination. She has conquered many worlds in the Universe and has an army monster to serve her.

It is a German name that means ‘joy or fame.’ However, the name got more famous after the character in the Harry Potter series.

The name is of Latin origin and is a famous French name as well. In Latin, it means the spirit of the wood. The mythological God of forests is associated with it.

In Greek mythology, she may have a minor role. However, in contemporary Witchcraft, she is one of the tri goddess, Hecate and Diana being the other two.

The name comes from Greek mythology, wherein Sidney is the servant of Dionysus. Dionysus is the God of wine in Greek.

In Greek mythology, she is considered the feminine aspect of God. Gnostics stated that she is the female twin of Aeon and the Holy Spirit of the Trinity.

This name is a Scandinavian one, and it refers to a friendly elf. This super being helps people in distress.

It refers to the great one. In William Shakespeare’s A Midsummer Night’s Dream, she is the queen of the fairies.

She is the Roman goddess related to the Greek goddess Hestia. Vesta is the goddess of the hearth. It means ‘to stay or dwell.’ It is the Scottish form of Alexander. He is a kind of sheriff of the wizarding world. In the Harry Potter series, he is hired as a defence against the dark art Professor.

In the Harry Potter series, Arthur Weasley is the patriarch of the Weasely family and father of Harry Potter’s best friend.

He teaches magic to Abraham of Worms. He also produced manuscripts of Abramelin’s magical system.

From the Lord of the Rings, Alatar is an immortal wizard who is sent to the Middle Earth.

It is a German baby name and a popular one in Spain as well. It means ‘eager for war.’

He is one of the most successful warlocks of our times. He resides in Salem. He has written a book and has stores related to Witchcraft.

Consider it a Greek version of Haro’s. He is the boatman of the River Styx who ferries souls in his boat to the underworld. It is a witchy boy’s name.

It refers to Dragon. In the Harry Potter series, we have a character named Draco Malfoy. It is also the name of a constellation in the sky.

It is a Spanish name which means ‘lord or master.’ If looking for a warlock name for your baby boy, it fits well.

He is the one accountable for the mystical arts of today. In the 19th century, he talked about Christian belief systems.

In the 50s and 60s, he solely made Wicca and Paganism famous. The name means ‘ruler of the spear.’

From Welsh mythology, he is the name of the magician. It means ‘born of trees.’ You can also spell it as Gwyddien.

This name means ‘elf friend.’ He is also a fictional character in the novels like Lord of the Rings, The Hobbit, and The Silmarillion. JRR Tolkien has written these.

J.K Rowling gave us this central and titular character from her Harry Potter series and seems like a traditional choice for all.

You can relate him to Pagan Horned God. He is lord of wild things. He is also an English mythological figure associated with a ghost in Berkshire county.

He is the fearless Auror who is making efforts to protect Harry and helps the good guys later on.

It means ‘lion’ and is also a sign of the zodiac. In Greek mythology, it is the Nemean Lion killed by Heracles (Hercules).

He is the warlock belonging to Laurie Cabot’s tradition. He is an expert tarot reader.

From Spanish mythology, it is a nickname for Maria Soledad. It is another name for the Virgin Mary as well. It means ‘the sea and the sun.’

He is the Greek God of sleep and dreams. It comes from the Greek word ‘morphe.’ It also refers to the shapes seen in dreams.

He is the proprietor of the Diagon Alley’s wand shop in Harry Potter series by JK Rowling.

It is a bird from the Greek mythology that reincarnates after every 500 years. As per the Greek folklore, it is associated with the sun and gets birth from its ashes.

He is the former Hogwarts headmaster and sleeps in the office of Professor Dumbledore in the Harry Potter series.

It is a known name for the Harry Potter fans. He is the former best friend of Harry’s father.

In the Harry Potter series, Professor Severus Snape is the nemesis of Harry. He is shown as an ally of Voldemort.

In the Lord of the Rings, he is also known as Aiwendil. He is one of the wizards who is sent to Middle Earth.

He is a co-director of the Willow tradition. Raven Grimmassi is best known for his work in witchcraft book –Old World Witchcraft: Ancient Ways for modern days.’

He was a wizard who resided in the Middle Earth during the third age. He is a member of the White Council. If you are looking for boy wizard names, this one is suitable.

It is a Hebrew name for boys. It refers to ‘peace.’ The name also finds reference in various mythological stories as well.

It is a French name that means ‘claw of a bird of prey.’ The name is trending and finds mention in mythological folklores of France.

Your search from girl names that mean witch and for that matter similar name for boys gets a reasonable judgment here with this compilation. These witchy baby names are the trend and are only going to pick up more momentum. Therefore, all the Harry Potter and Lord of the Rings fans can rejoice.