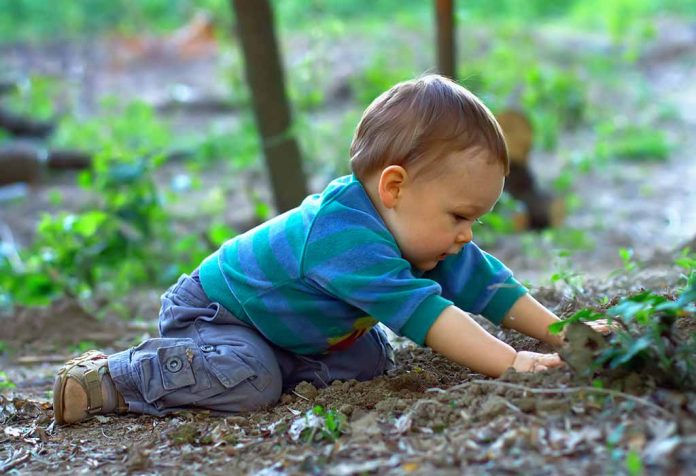 Naming a child can be an overwhelming experience as finding one that you find apt is a bit tricky. It is said that a name influences the child’s life, and they usually grow into their names. Every parent wants their children to grow into a powerful and successful person in their life. A name should have an appropriate meaning that you can relate to your baby. In case you are a nature lover what could be better than finding a name from our mother, Earth. Nature is a beautiful creation by God which has a significant influence on humankind. Earth has many treasure elements, and we have covered everything to find you some unique names inspired by them.

Check out the list below for some fantastic strong earthy boy names for your cute little master:

It is a nature-inspired name that means nut or fruit. Acorn grows on the mighty oak tree. The name symbolizes potential and strength.

It is a new stylish name for boys with German origin meaning “eagle” which resembles strong and compelling characteristics.

The name has a different meaning in different languages like in Italian it means “air or the melody”, “treasure” in Albanian, “lioness” in Hebrew and “noble” in Persian.

It is an attractive name for boys that came from an old English surname. Originally it was derived from the Celtic word which means “hills”.

It is an earthy popular male name meaning “hill” which represents power, strength and undying spirit.

The name Cashel is an Irish origin male given name meaning “castle, stone fort”. It is pronounced as KAH-hal or CASH-ill.

It is an earthy masculine name of English origin. Clay is a rich, smooth soil that symbolizes flexibility and strength.

It is a robust masculine name with Greek origin. The name comes from the cypress tree which is very adaptable, long-lived and grows in many climates.

The name is derived from the Greek word δα and μητηρ which means “mother earth”. In mythology, Demeter was the goddess of agriculture.

It is a French earthy baby boy name with Greek origins. The meaning of the name is “child of heaven and earth”.

The name is short and cute, which goes with the trend. Elm means “a tree” that resembles strong, straight, and leafy.

It is a lovely little name for baby boys. The meaning of the name is “a green plant that loves shade”. It is ideal for nature-loving mothers.

It is an Irish origin baby boy name which means “rock”. The name refers to strength and power, which are excellent characteristics to have in a baby.

It is an Italian baby boy name which derived from the Latin “flos floris,” meaning “flower blossom.”

The name Gardener came from the ancient Anglo-Saxon culture of Britain. In Latin, it means “keeper of the garden”.

The name has its root in the Greek word γαια, which means “earth”, it is also a term that is used as a prefix, meaning global.

It’s a male name that derived from the Gaelic ‘gleana’ which means “valley”. Glenn is one of the strong masculine names meaning Earth or nature.

It is a Slavic first name used by males in Slavic countries. Goran means “highlander” or a mountain-man, someone who lives in the mountains.

The name derived from the old English grene which means “green”. The name is closer to the Earth’s beautiful nature with a long Anglo-Saxon heritage.

It is a baby boy name pronounced as HHEY-LihN. The name has English origin meaning “a waterfall to the sea”. Haelyn is a fun variation of Halen.

It is an English origin baby boy name which means “mountain home”. Hammon has an Anglo-Saxon origin and came to England after an old French personal.

The name Heath is an old English male name meaning “someone who lived at a moor”. It represents a tract of open upland covered with beautiful heather.

It is a variation of Germanic name Lanzo which means “land”. The name Lance has English origin with the same meaning.

It is a very popular masculine name among parents. It was named after a star that increases its brightness and slowly comes into its original state.

Oak is a male name inspired by the robust oak tree. If you love nature, then it is an excellent choice for your little master.

It is the Latin version of Greek ÅŒkeanós which was the name of a Greek god who personified the endless river that surrounded the Earth.

It is an Irish origin masculine name that gained popularity in recent times. Oren means “pine tree” in Hebrew.

It is an English origin baby boy name which means “man of the earth”. The name is pronounced as TA-rin.

It is a French origin masculine name that is very popular in parents for its beauty and power. Vermont means “green mountain”. 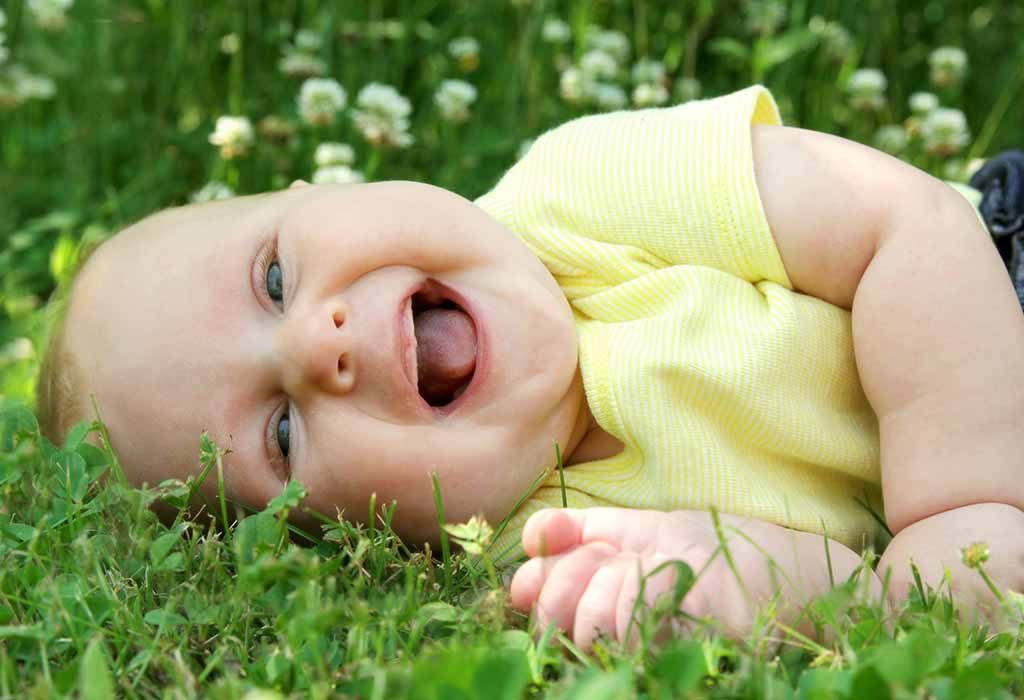 Check out the list below for some amazing earth-inspired baby girl names and select that one beautiful name that you feel the most connected to:

It is an adorable name for baby girls. In Gaelic, it means “meadow”. It was first used as a Scottish surname but now its a trendy earthy name.

It is a modern variation of the common name Olivia which means “olive tree”. The name is very creative in itself and suitable for baby girls.

It is a Latin originated name meaning “dawn”. It resembles the first appearance of light in the sky before the sunrise. The name gained popularity after the famous Disney princess movie.

It is one of the most popular earthy names inspired by the fall season autumn. The name is very organic in itself and a good choice for a baby girl.

It is an interesting variation of popular feminine name Ariana. The name is of Latin origins which mean “bird”.

It’s a beautiful female name which means “flower” in Hebrew. The name was coined after the Greek word azaleas which means dry. As the flower thrives only in well-drained or sandy soil.

It comes from the German word Blume which means “flower”. If you are a nature lover, you will love the name influenced by nature’s most amazing creation.

It is a feminine name that means “the first appearance of light” before sunrise. The name has old English origin and its among the most popular baby girls’ names in the United States.

It is an English origin name of baby girls. The name Eartha came from the old English word eorthe means “worldly”. It refers to the planet earth.

It is a famous Scottish girl name derived from Latin word flos which means “flower”. In mythology, Flora was the name of the Roman goddess of springtime.

It is a beautiful feminine English name. The name came from Latin Florens, florentines meaning “blossoming” or “to flower”, in the sense of a blossom.

It came from the Greek word γαια with literally means “earth”. The name comes from the Greek goddess who presided over the Earth. It is pronounced as GY UH.

It is a nature-inspired name which means a “precious stone”. Gemma is a very popular Italian origin female name.

It is a rare female name inspired by the beautiful nature. The meaning of the name is “heather field”, covered with colourful heather flowers.

It’s a new trendy name for baby girls which is inspired by the beautiful nature. The meaning of the name is “tree” that symbolizes strength and courage.

It is a female name after a Greek goddess. The meaning of the name in Greek is “rainbow”. The name can also be referred to as the Iris flower.

It is a uniquely American name for baby girls. Meadow means “a field of grass”. Parents who love nature can consider this as one of the baby girl names that mean Earth.

It is a beautiful feminine name that means “star of the sea”. The name derived from the Danish name Mariel and the very famous Latin name Mary.

This is a female name derived from the Latin word that means a tropical fragrant flower. It also referred to a star in the Southern Cross constellation.

It is a beautiful feminine name after as gemstone with varying colours. It is considered as the birthstone for the October month. If you have an October born baby girl then it’ as an ideal choice.

The name derived from the English word pearl. It is a natural shiny stone that is produced organically in living shelled mollusk. People bearing this name are associated with innocence and modesty.

It is a feminine form of the male name Peter which is derived from the Greek word Petros meaning “stone, rock”. The name is pronounced as pee-truth.

It is pronounced Raa-SH-EHL. The name came from the French city La Rochelle, meaning “little rock”. It is a strong and cute name for pretty little angles.

It is a popular girl name that is referred to as a treeless open plain area. Parents can consider this as one of the beautiful baby names meaning Earth.

The name means “beautiful sky”. It is a feminine name that is quite interesting and unique in itself.

It is a nature-inspired name after a beautiful flower. Suzette is a French baby name which means “lily flower”. The name is a creative variation of Susan.

It is a Latin baby girl name which means “the planet Earth”. In mythology, Terra was the name of the Roman earth goddess.

It is a creative variation of English origin name Violet. It is named after a beautiful purple flower which symbolizes love, modesty, and virtue.

It is a feminine name inspired by a tree that is known for its flexibility and graceful appearance.

It is a German girl name which is popular among parents who want a unique name for their baby. The name has a Latin origin, meaning “Zinn’s flower”.

I hope that our collection has helped you to sort some unique and creative earthy names for your little boys and girls. The meanings will help you to understand the depth and help you to select that one perfect name.

Encourage your Child To Teach a Sibling

Best Stress Relief Gifts for All Those Who Need a Break