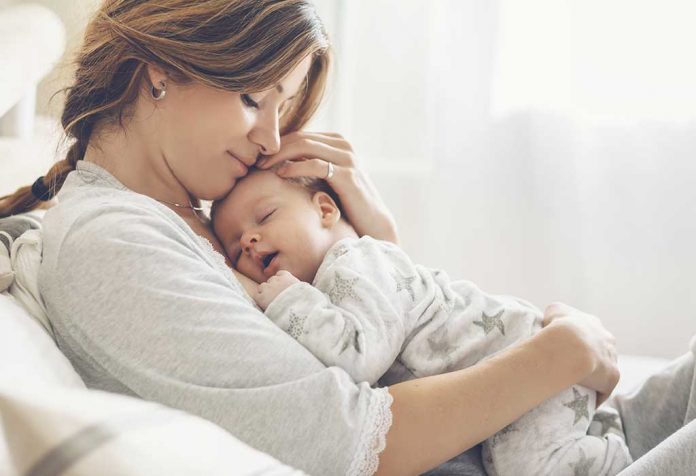 While it is common for us to have a first name, a middle name and a surname, in Portugal the traditions are slightly different! The Portuguese generally prefer to have two first names followed by two surnames which come from their maternal and paternal sides. Quite often you’ll find a first name followed by four surnames which belong to their mother, father, maternal and paternal grandfathers! In this post, we present 50 classic Portuguese baby names for girls that are unique and charming!

Here is the list of common girl names in Portugal. These names are trendy, unique, and beautiful, and here you can find baby girl names with meaning:

A unique and beautiful name suitable for young girls, Agueda is a name of Spanish origin meaning ‘good’. Agueda is also the name of a city in Portugal.

A cute name meaning ‘fair and good looking’. Aline is also the feminine form of the name Allen. A cute nickname for this name would be Elle!

A classic Portuguese name meaning ‘a warrior’. Although it’s a feminine name, the meaning is manly and fierce!

Aurora is a name of Latin origin which means ‘dawn or sunrise’. Aurora was the name of the Roman goddess of dawn!

A trendy Portuguese name that means ‘she who brings joy!’ Beatriz is a refreshing variation of the Latin name Beatrix and the English and Italian name Beatrice.

A rare and charming name that means ‘promise of god’.

A Greek origin baby name, Cassandra means ‘one who shines upon mankind’. Cassandra was the name of a prophetess, who had predicted the fall of Troy but was ignored by everyone.

A baby name of Greek origin, this one means ‘chaste or pure’.

A stylish feminine name that means ‘one who is born on Mouth Cynthus’. Cintia is a name of Greek origin, and it was another name of the Greek moon goddess Artemis.

A sophisticated, feminine name that is popular amongst English, Italian, and Portuguese people. Clarissa means ‘bright and clear’. Some of the cute nicknames for Clarissa would be Clare, Clara, or Clarie.

This is an exotic Spanish name that sounds cute for young girls. Chica means ‘little girl’.

A beautiful feminine name that is popular all across the world! Carolina means ‘a song of joy or happiness’. This is a name of French origin and has many variations including Caroline, Carol, Carla.

Dores is a name of Spanish origin that means ‘a lady of sorrows’. In spite of a slightly disturbing meaning, the name is quite popular amongst Portuguese.

A touch of royalty to this name is what makes it all the more charming! Diana is an ancient Indo-European name that means ‘heavenly or divine’. Diana was also the name of the Roman goddess of childbirth, hunting, forests and moon.

Edite is an ancient name that has multiple meanings. In Swahili origin, Edite means ‘grace’, and in Portuguese, it means ‘fighting to be rich’. It is a variation of the name Edith.

A cute Greek origin name meaning ‘sacrifice’. It is a variant of the Greek name Iphigenia. As per Greek mythology, Efigenia was the name of the daughter of Agamemnon.

A sweet Portuguese name meaning ‘yew tree’. Evora is also the name of a city in Portugal which was ruled by the Romans!

Filomena is a Greek origin name that means ‘loved one’. Another variant of the name is Philomena that means ‘friend or lover’.

Francisca is a Latin origin feminine name meaning ‘the free one’.  Frances or Franca would both serve well as a nickname!

A name of Spanish and Italian origins, meaning ‘God is my strength’ or ‘messenger of God’. Gabriela is quite popular all across the world!

A cute feminine name meaning ‘tribe woman’ or ‘woman of the race’. The classic French version of this name is Genevieve!

Helena is a Greek origin name that means ‘light’. A close variant Helen was the name of the beautiful wife of King Sparta who caused the Trojan war!

An incredibly sweet name for girls, Isabel will never lose its charm! Isabel is a Spanish origin name meaning ‘God is my oath.’ Other close variants of the name include Isobel, Isabell, and Izabelle.

A rare and elegant Greek origin name meaning ‘violet flower’. It has many variants in different languages, including Jolanda, Jolantha, and Jolanta.

A short, sweet, and elegant name of Spanish origin, this one means ‘colourful, rainbow, and peace’. Other variants of the name include Iris or Irene!

Inez is a name of Spanish and Portuguese origin, meaning ‘pure, holy or virginal’. An English variant of this name is another beautiful name, Agnes!

A Latin origin baby name that means ‘laurel tree’. The laurel tree is symbolic of honour and victory and the name Laurel is another version of this name.

A sweet feminine name with an even beautiful meaning! Luzia means ‘light of the day’.

Mariana is a Latin origin name meaning ‘of the bitter sea’. Thi name became quite famous as a Shakespearian character.

A classic French baby name meaning ‘mighty in war’. Another variant of this name is Matilda!

A slightly unconventional name, Manoela is a Spanish baby name meaning ‘God is with us’.

A Portuguese variant of the name Margaret which means ‘daisy flower’.

A slightly unconventional name, Mariazinha means’ rebellious woman’. With this name, you will never fall short of nicknames, and some nicknames include Maria and Zinha.

A Portuguese origin name that means ‘God accompanies us’. Nelinha is the feminine form of the names Emmanuel or Immanuel.

A cute Portuguese name meaning ‘snow’. There is also a village in the northwest of Portugal of the same name.

A name of Latin and Italian origins, this one means ‘reborn’. The masculine version of this name is Renato.

It is a Spanish origin name with a beautiful meaning. This name means ‘pearl’.

A cute name of Hebrew origin meaning ‘graceful or rose’.

A name of Latin origin, this name means ‘from the Sabine tribe’. The Sabine tribe lived in the central Apennines of ancient Italy.

A sleek, feminine, and sophisticated name that will never go out of style! Sofia is a name of Greek origin meaning ‘wisdom’. Another variant of the name is Sophia!

A Russian name of Latin origin, meaning ‘a person who takes care of the home’. It is derived from the Latin clan name Tatius, and it was also the name of a Roman saint.

A cute and unique name that means ‘harvester or reaper’. Two cute nicknames of Teresinha would be Teres and Inha.

Here ends the list of unique names for your baby girl. Choose a name from above to make your daughter’s name more interesting and exotic. We hope that you find each Portuguese name to your liking and would find the perfect one for your little princess!

Pregnancy Tips For Every Trimester

When Should Parents Start Reading to Their Babies