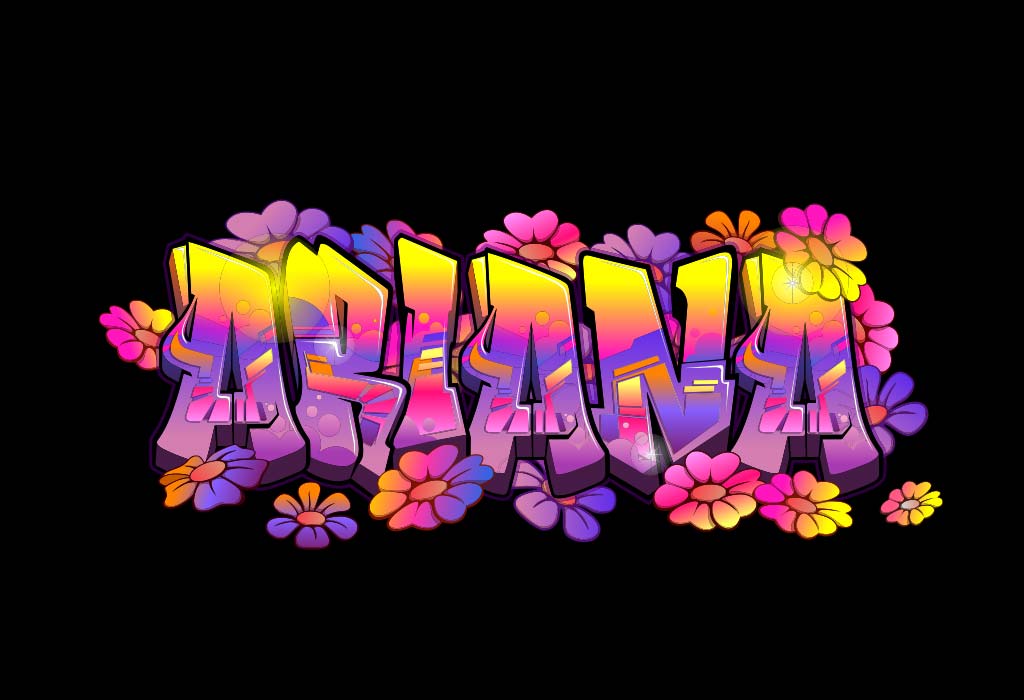 Primarily used as a girl’s name, Ariana has Italian, Hebrew, Greek, and Old English origin. In the Italian variation of Ariadne, Ariana means “most holy,” referring to the purity of the bearer’s soul. Pop singer Ariana Grande put the spotlight on this European name and Arianna Huffington, founder of the Huffington Post.

What Does Ariana Mean?

With roots in Ancient Greek, Ariana comes from Ariadne, meaning ‘most holy.’ ‘Ari’ means ‘excellence’, ‘hagnos’ and ‘adnos’ mean ‘pure,’ ‘sacred, or ‘chaste’. And so, the meaning of Ariana in Hebrew can be translated to ‘like a beautiful melody.’ Derived from the word ‘arian,’ Ariana means ‘silver’ in old English.

Ariana has recently gained popularity over its twin spelling, Arianna. A region of the eastern countries of the Persian empire is named Ariana. Its alternate spelling Aryana is a coastal city in northern Tunisia. Several operas with Arianna in them include Handel, Goehr, and Marcello. Ariana might be an Italian form of Ariadne or a Welsh name, meaning ‘silver.’

The other spellings for Ariana are iterations that add a unique flair to the given name. Here are some Ariana name variations listed below that might become an instant hit with parents:

How Popular Is the Name Ariana?

Famous Arianas in the literature include Ariana Dumbledore from the Harry Potter series by JK Rowling. The other two Ariannas on the TV soap opera are Days of Our Lives: Arianna Horton and Arianna Hernandez, who contributed to the popularity of the name. Furthermore, pop sensation Ariana Grande has also helped make the name incredibly famous and add a glamorous feel.

Ariana shows a consistent value of over 5 over the last ten years, reaching 100 in September 2014 as per the search trends. The lowest score was 6 in March 2012 on the popularity scale.

Interest in Ariana – US

The search trend for Ariana in the US reached its peak up to 100 in September 2014. The lowest record value was 6 in March 2012 on the popularity scale.

Popularity of the name Ariana

As per the global trends, Ariana has been searched the most in Tunisia. Honduras, the Philippines, Mexico, and South Africa follow next in the last 10 years. As French, English, and Italian are the main foreign languages spoken in Tunisia, an Italian name like Ariana has been majorly accepted by parents there.

Search trends of Ariana in the US

Among the metro cities in the US, California has recorded the highest search value of 100 in the last 10 years. Hawaii, New Jersey, Nevada, and Rhode Island have made it to the top 5 positions, where search trends for Ariana have been recorded as the highest.

Middle Names That Go With Ariana

Popular personalities named Ariana have influenced the minds of parents down the ages. Here are some fascinating options that may catapult your child to fame:

Baby names like Ariana sound fresh despite their similar chic vibe as the given name. Family names for Ariana indicate one’s family, tribe, or community. Here are some other names for Ariana that may have different spelling but similar phonetic impacts:

Rhyming names for Ariana’s sing-songy feel extends beyond her pop star association. Here are some names that rhyme with Ariana while offering a melodic feel:

Whatever be the inspiration, nicknames are a fun and adorable way of calling out to your child. Here are some of the weirdest and coolest nicknames that may become a part of your little ones’ childhood memories:

Whether you prefer one N or two, Ariana is elegant and romantic, fit for a princess, an opera, or running a media company. Bold and brave, girls named Ariana dares to be different, standing tall among a sea of trends. Moreover, its incredible meaning is most suitable for seekers of a religious name. Exuding a soft and subtle vibe, Ariana has the versatility that works well with any religion, making it a contender among the most trending names for girls.