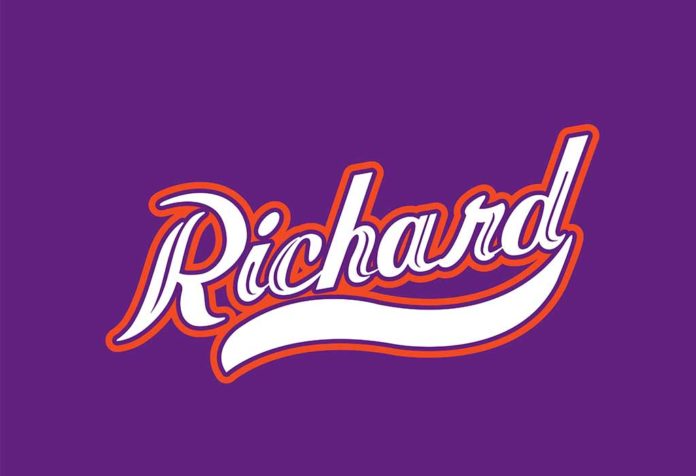 From crazy to the accurate, funny to the bizarre, a nickname can be the best calling for your child under any personal circumstances. However, finding a good nickname that expresses the deepest emotions you want to convey can be a struggle for many parents. Common nicknames for Richard can be used to differentiate as many Richards we come across in real life. It is only a matter of time that they can become your favorite through constant re-iteration and an effective way to inspire your kids on the right path, just as the tall and mighty bearers of this name have been in the past.

Meaning and Origin of Richard

Richard is primarily a male name of English origin that means ‘Brave Ruler,’ “powerful,” and “hardy.” It combines the Proto-Germanic elements rik, meaning ‘ruler’ or ‘mighty,’ and hard, meaning ‘brave’ or ‘hardy,’ and therefore means ‘strong in the rule.’ After being introduced by the Normans in Britain, Richard rose to fame as a popular name through the ages as it exudes more strength than style. Primarily used in English, German, French, this Christian name is common in many other languages like Norwegian, Danish, Swedish, Icelandic, Dutch, Irish, Scottish, Welsh, and Finnish. Different variants include the Swedish “Rickard,” the Catalan “Ricard,” and the Italian “Riccardo,” among others. Regardless of the era, it sounds terrific to have a name like Richard belonging to rich and famous leaders and royals.

Popularity of the Name Richard

Richard is an old Norman name that kings and the commoners have favored during the late Middle Ages. Richard has been used in the United States ever since 1880, with over 25,80,300 boys given the name in the past 200 years. Richard gained maximum popularity as a baby name in 1928 when its usage went up by 110.26%. In 1925, Richard was the sixth most popular name for boys in the US. In the 1940s, it became the 8th most popular name. This name peaked in the US and the United Kingdom before steadily declining in later years. So, Richard remained fairly popular down the ages until recently it shows a steady decline in the modern times as per the popularity trends.

Famous Celebrities With the Name Richard

Many famous Richards have enhanced the honor of this name through their outstanding contributions in different professions. Here are some celebrities with the name Richard with a favorable public image:

A classic baby name like Richard may feel ageless rather than trendy. Here are some variations of the name Richard that can be explored for your little one:

Richard is a traditional name that demonstrates masculine attributes and roles associated with men and boys in Western society. These traits include strength, courage, independence, leadership, and assertiveness that can be modified by considering unique nicknames for Richard. As Richard the Second King of England was known as ‘the Lionheart,’ your child too has the choice to redefine the meaning of being ‘powerful’ in the modern sense by asserting their individuality.

15 Signature Recipes From the Bengali Cuisine