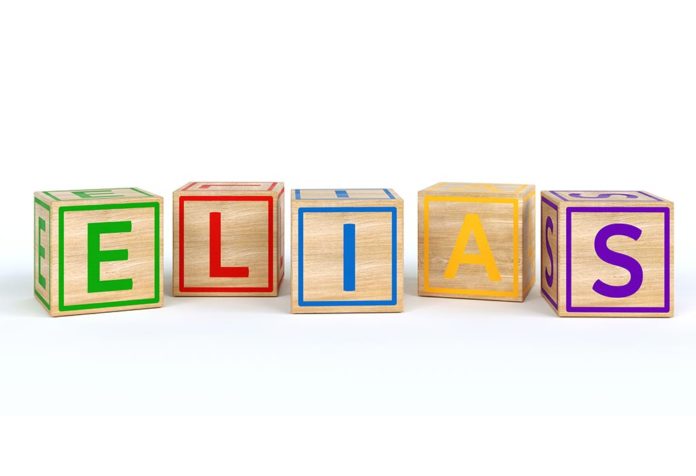 The name Elias has strong roots in Christianity since it is a biblical variant of the name Elijah. Traditionally, it is used and makes a wise choice as a name since it means “the Lord is my God.” Its symbolic meaning makes this name popular among parents. An interesting fact about this name is that it’s more of a popular last name across various cultures.

What Does Elias Mean?

The meaning of Elias can be deciphered as “the Lord is my God.” It can also be interpreted as “the strong Lord” or “Jehovah is God.” Because of its meaning, this name is considered symbolic, and it is unique. This biblical name can be found frequently used in the Greek New Testament with its variant name, Elijah. In the Bible, Elijah is the prophet’s name responsible for leading the Israelites back to worshipping one God.

The origin of the name Elias can be traced back to ancient Hebrew, where Elias stemmed from Eliyahu. It is also believed that the name has biblical and English origins. Its roots can be found in Greek as well.

There are different Elias name variations in different cultures and religions. All these variations may have similar or different meanings. Some of the other variations for Elias are:

How Popular Is the Name Elias?

The name Elias is unique and has a beautiful sound to it. The name did not rise to fame until recent times. Concerning Elias’s popularity index, the name was popular in the 18th century because of the musical piece “Elias” by Felix Mendelssohn. The popularity of the name also grew in the 1960s. According to Social Security Administration, the name entered the top 100 ranks in the United States from 2016 onwards, and since then, it has gone up in ranking.

According to SSA’s Elias baby name ranking, the name ranked 100 in 2015, 93 in 2016, and continued climbing the ladder. Despite its symbolic and religious association, this beautiful name has not gotten its attention in the early 2000s. However, people have taken notice of this unique name, leading to its increasing popularity. Its highest rank to date is 53 in 2020, as recorded by Social Security Administration. This name is expected to gain popularity in the upcoming years, with new parents choosing their baby names more wisely.

The name Elias has been somewhat popular in the last 10 years. The name’s ranking has been consistently over 25, with a spike in February and September 2014. This name reached its topmost popularity in April 2017 on a worldwide scale. Recent trends show its gaining popularity gradually.

Interest in Elias – US

The popularity of the name Elias is significant in the US, with its rank always over 60. The name has been the most popular in February 2014, April 2016, April 2017, and May 2018. Its recent popularity can be observed in December 2020, indicating the increase in the name’s use.

Popularity of the name Elias

As per the search trends of the name Elias on a worldwide scale, it ranks 100 in the Guatemala region of Central America, followed by Lebanon with a rank of 87. Colombia, Venezuela, and Bolivia are the three regions where this name is the most popular.

Search trends of Elias – US

In the US, Elias is the most popular name in Alaska, with a rank of 100. The other regions are New Jersey, followed by the District of Columbia, New York, and Massachusetts. In the latter regions, the name’s popularity is in the 30s, indicating they are not widely used compared to Alaska.

Middle Names That Go With Elias

A middle name is usually given to your child in honor of your family or a related history. Choosing a middle name that sits well with the first name is essential to maintain the beauty of your child’s name. Some of the double names with Elias are:

Many popular personalities have the same name as Elias. This has resulted in the popularity of the name besides its biblical roots. Some of these names are:

Baby names like Elias have different meanings in different religions and cultures. Because of the increasing popularity of the name, it is essential to choose proper family names for Elias. Some of the other names for Elias are:

There are different variations of a name, and sometimes people prefer names that have a nice ring to them. So, some of the names that rhyme with Elias are:

Choosing the right sibling names that go with Elias can help maintain uniformity among your children’s names. The following list provides the sister and brother names for Elias:

Nicknames are usually given by loved ones with a touch of humor or affection and are often used instead of the real name. For the name Elias, some of the nicknames can be:

Choosing the best name for your child is normal, and therefore, selecting a name like Elias with symbolic meaning can be wise. This name is not only beautiful but also has a poetic touch to it. Because of its unique nature, the name has been regaining popularity at a rapid pace since 2015. The name has the potential to enter the top 10 ranks within the upcoming generations.

5 Weeks Pregnant: What to Expect