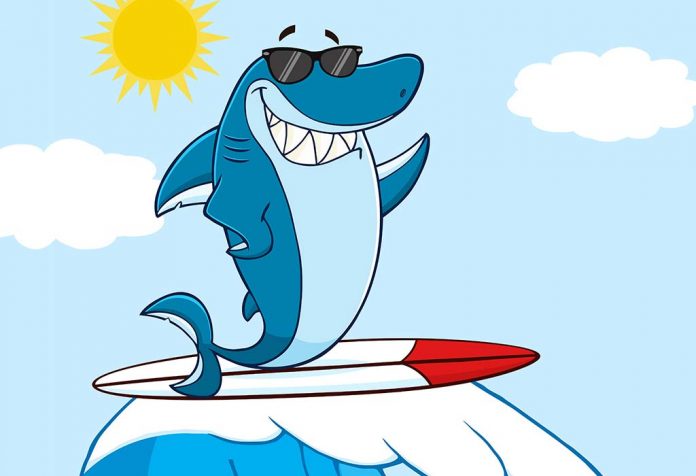 Animated movies are never outdated. They always astonish everyone. Some fascinating characters in the animated world are deep-sea creatures. From animated movies with shark characters to shark documentaries, you can find a variety of best movies for all age groups. If your kids are more interested in shark-animated movies, here are some suggestions for kid-friendly movies that feature the ocean’s most fearsome predator.

Here are the top 10 shark movies for kids:

Jaberjaw is an early animated American television series that revolves around Jaberjaw, an air-breathing, 15-foot white shark who is the drummer of a teenage rock band called ‘The Neptunes’. Jaberjaw, along with his friends Shelly, Biffy, Clamhead, and Bubbles live in the 2076 underwater civilization and fight deep-sea crime. Filled with adventure, laughter, and music, this series is sure to entertain your children!

Finding Nemo is an animated film that revolves around two clownfish, a small fish named Nemo and his father, Marlin. Nemo wants to move out and explore ocean life, but his overprotective father is not ready to let him go. While trying to sneak away, little Nemo is caught by scuba divers. He eventually lands up in an aquarium in a dentist’s office in Sydney. While Marlin sets out to search for his son, he meets a blue reef fish named Dory, who adds funny twists and turns to the movie with her short memory. Little Nemo and his fellow captives, on the other hand, plan to escape the dentist’s office. There’s humour, thrill, and heartfelt emotion in this movie. You and your kids are in for a momentous journey with Nemo, Marlin and the other sea creatures. Its exciting plotline makes it one of the best shark movies for toddlers.

This humour-filled movie is one of the best kids movies on sharks. It’s the story of Oscar, a fish who lies to become a powerful and improbable hero. It focuses on how Oscar teams up with various sharks to keep his secret intact and how his friends stand by him to protect the lie from uncovering. The secret eventually leads Oscar to fight the most dangerous shark in the sea. This movie, while providing adventure, teaches kids that a single lie can be very dangerous and why friendship is very important in life.

The Little Mermaid is one of the most celebrated musical fantasy films in the history of animated movies. The story revolves around Ariel, a free-spirited mermaid, who wants to become a part of the human world also. She falls in love with a man named Eric, and to be with him Ariel strikes a dangerous deal with a sea witch, Ursula. But, things do not go as planned, and the sea witch ends up enchanting Eric, capturing Ariel and turning her father, Triton, into a polyp to gain control over the entire ocean. To know if Ariel and Eric ever unite, you have to watch this movie, which is filled with suspense, love, and emotion!

Kenny The shark is a cartoon series about Kenny, a tiger shark, who lands up in a strange situation and becomes a family pet. In order to stay with his friend, Kat, he has to suppress his natural behaviour and avoid making trouble and eating everything. It is a series of funny events your kids will enjoy watching!

The Reef is an adventure film of a young fish, Pi, who moves to a new town for a new life. There, he falls in love with a beautiful fish named Cordelia, who is already committed to a shark bully. The story revolves around how Pi and Cordelia fall in love and how Pi determines to stand against the big bully shark to win his true love. With a series of twists and turns, The Reef is a cute adventure movie that the children can enjoy.

Stuck on sharks is an episode from the Wild Kratts series for children. In this series, the Kratt brothers convert themselves into animated creatures and befriend a white shark to learn about shark birth and their lives. It is an informative series that helps the child learn about the creatures in a fun way.

Sharks: Knights of the Sea is a short documentary containing many interesting facts about sharks. Captain Jon and his brothers embark on a journey to find different varieties of sharks. This knowledge-packed documentary consists of what it is like diving with the sharks, why they are so important for the oceans, and what is inside a shark cage. This documentary is specially made for children to teach them about sharks in an astonishingly fun way.

Shark Superhighway is an informative documentary by National Geographic. It revolves around the evolution of the hammerhead shark, aims at understanding its behaviour, and finding ways to reduce overfishing to help the shark survive.

The shark week is a documentary on sharks by the Discovery channel. This show consists of a great deal of information about sharks. The primary motive of the series was to correct the misconception about sharks and their conservation. Children love the program for its combination of informative facts and humour.

Shark animated movies are some of the most fun movies to watch. Filled with adventure, humour, and facts, these films can keep kids entertained and stimulate their curiosity. Whether it is a leisure holiday or a weekend, these shark movies might be the best options to choose from. Pick one apt for your child’s age group, and you are good to go!

What Is an Au Pair and Should You Hire One

5 Ways Preschoolers Can Outsmart Their Moms