Is Your Child Intelligent? Think Before You Judge a Child’s Intelligence!

Is Your Child Intelligent? Think Before You Judge a Child’s Intelligence! 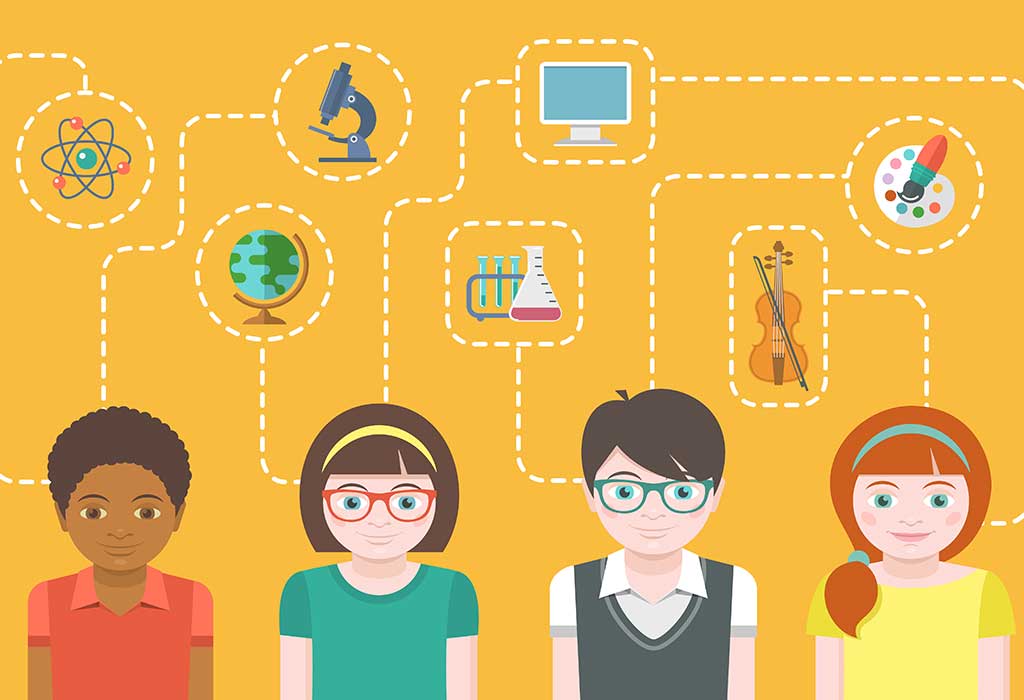 When we were children, many a time, we have come across elders saying something like this, “My son is very intelligent; he scored 100% in Math”, or, “Her daughter always tops the class; she is very intelligent”. In our schools and colleges, we tend to see the professors admiring the class/ university toppers because you know, they are “intelligent”.

According to Howard Gardner, a psychologist and professor at Harvard University’s Graduate School of Education, intelligence is the ability to create an effective product or offer a service that is valued in a culture. It is
a set of skills that makes it possible for a person to solve problems in life; potential for finding or creating solutions for problems, which involves gathering new knowledge.

Gardener developed the theory of Multiple Intelligences (MI). According to the MI Theory, identifying each student’s intelligence has strong ramifications in the classroom. If a child’s intelligence can be identified, then teachers can accommodate different children more successfully according to their orientation to learning.

The nine intelligence are:

1. VISUAL/SPATIAL – children who learn best visually and organising things spatially. They like to see what you are talking about in order to understand. They enjoy charts, graphs, maps, tables, illustrations, art, puzzles, costumes – anything eye-catching.
2. VERBAL/LINGUISTIC – children who demonstrate strength in the language arts: speaking, writing, reading, listening. These students have always been successful in traditional classrooms because their intelligence lends itself to traditional teaching.
3. MATHEMATICAL/LOGICAL – children who display an aptitude for numbers, reasoning and problem-solving. They constitute the other half of the children who typically do well in traditional classrooms where teaching is logically sequenced, and students are asked to conform.
4. BODILY/KINESTHETIC – children who experience learning best through activity: games, movement, hands-on tasks, building. These children were often labelled “overly active” in traditional classrooms where they were told to sit and be still!
5. MUSICAL/RHYTHMIC – children who learn well through songs, patterns, rhythms, instruments and musical expression. It is easy to overlook children with this intelligence in traditional education.
6. INTRAPERSONAL – children who are especially in touch with their own feelings, values and ideas. They may tend to be more reserved, but they are actually quite intuitive about what they learn and how it relates to themselves.
7. INTERPERSONAL – children who are noticeably people-oriented and outgoing, and do their learning cooperatively in groups or with a partner. These children may have typically been identified as “talkative” or ” too concerned about being social” in a traditional setting.
8. NATURALIST – children who love the outdoors, animals, field trips. More than this, though, these students love to pick up on subtle differences in meanings. The traditional classroom has not been accommodating to these children.
9. EXISTENTIALIST – children who learn in the context of where humankind stands in the “big picture” of existence. They ask “Why are we here?” and “What is our role in the world?” This intelligence is seen in the discipline of philosophy.

Once I understood the MI theory, I understood that the children in India are categorised as “Intelligent” based on type 3, i.e. Mathematical/Logical intelligence.

When I was a student, I was bad at math. However, I found it very easy to learn different languages, I maintained a personal diary to jot down my inner emotions, and I loved spending time with pets and in nature. I may not have had the mathematical intelligence, but I had a mix of linguistic, intrapersonal and naturalistic intelligence.

Children, from kindergarten, are moulded to give most importance to their academics than anything else. In my schooling days, I observed my friends’ parents were unwilling to send them outside to play sports as it would take away their time from studying their academic subjects. Instead of spending money or time in following their passion which may be singing or painting, parents and teachers would force their children to channelise their efforts into academics as that is what would help them get a “well-paid-job”.

Parents and teachers in this country lack the understanding of helping children develop an All-Round-Personality. The child must spend a few hours a day studying his academics. I do not deny the importance of education. However, it is also necessary to understand which type of intelligence of the MI theory the child falls under. The child can study hard and get a decent job. At the same time, the child can also become a poet, a painter, a sports person, an environmentalist or an interior designer. These jobs get paid well too.

I have spent one year in a school that forced children to study from 8 AM to 8 PM, as you know, to become “intelligent”. The school had even divided the students into different sections based on their scores (all the top scorers in section A and the least scorers in section D). Didn’t the Principal of the school understand how demoralised the students of section-D felt? Thankfully this hell lasted only for one year, after which I changed to another school that promoted an all-round development of the students (phew!).

So next time you see a parent or a teacher pointing at a class topper and calling him/her “intelligent”, just give them a smile and a sigh at the same time.