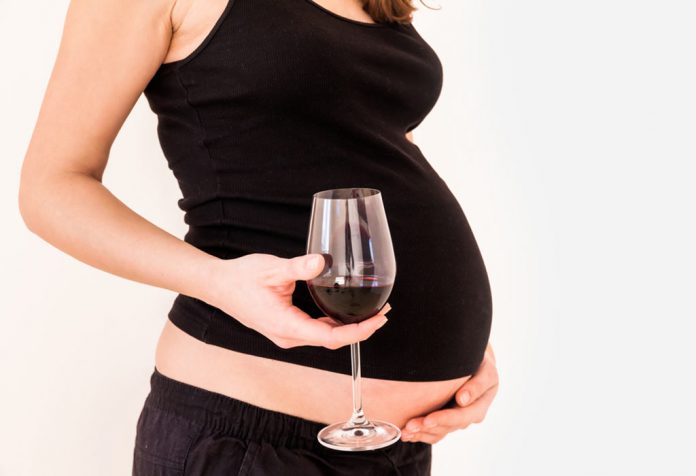 Food restrictions during pregnancy require women to give up some foods and beverages that are deemed unsafe. While unwinding with a glass of wine may have been your usual way of drawing an end to the day, the same practice is largely not recommended for pregnant women. However, there may be some women who claim that they have had a normal pregnancy and a healthy baby even after enjoying an occasional glass of wine during pregnancy. This puts many pregnant women in a dilemma and gives rise to the constant question of can pregnant women drink wine without facing any complications?

Is Drinking Wine During Pregnancy Safe?

Risks of Having Wine When Expecting

Drinking white or red wine in pregnancy can put your baby at risk for mental and physical disabilities. This is the reason why most healthcare professionals ask pregnant women to steer clear of all kinds of alcohol during pregnancy.

Some of the risks of drinking wine during pregnancy include:

Benefits of Wine During Pregnancy

Although drinking any amount of wine during pregnancy is advised against, there may be a few benefits of drinking wine.

Drinking Red Wine during pregnancy can

Drinking White Wine in pregnancy can

Despite the benefits, it is always recommended that pregnant women stay cautious and

Myths Related to Wine and Pregnancy

Due to a lot of uncertainty that surrounds the topic of drinking wine during pregnancy, there are many half-truths that have been doing the rounds. Some of the common myths associated with wine and pregnancy are,

Fact: Since the body doesn’t discriminate between normal days and special occasions, no amount of alcohol on any day throughout pregnancy should be entertained.

2. Myth: One glass of wine does not expose the foetus to alcohol in the womb

Fact: Any amount of alcohol consumed during pregnancy reaches the foetus through the placenta and the umbilical cord.  This may put your baby at a higher risk of FAS. Hence, it is wise to avoid even a negligible amount of wine during pregnancy.

3. Myth: Drinking wine is during pregnancy is better than taking cocaine or heroin

Fact: While all substances of abuse including cocaine, heroin, marijuana, alcohol, etc., have harmful effects on the baby, it is found that in comparison alcohol causes the worst neurobehavioral effects on the foetus. Hence, all of these substances, including alcohol should be avoided during pregnancy.

4. Myth: Real damage due to drinking can only be caused by excess consumption.

Fact: Alcoholic women have a higher chance of giving birth to babies with foetal alcohol syndrome. However, this does not mean that mothers who drink moderately have nothing to worry about. There is no definitive understanding of how alcohol affects individual women and their developing babies. The reaction of every foetus and the mother to alcohol differs and may even be dependent on their genetic make-up. Hence, even if you are not an alcoholic, you may stand the risk of giving birth to a baby with FAS.

5. Myth: Alcohol exposure causes only physical deformities in a baby. A normal looking baby has not been affected by alcohol.

Fact: Physical deformities are found in babies who have been exposed in the womb within a specific period of time.  In most other babies, the effects of alcohol exposure present themselves as cognitive and behavioural problems. It is also possible that the symptoms of alcohol exposure in children are very subtle and common with other disabilities. Diagnosis of FAS is also challenging as its features are known to change as the children grow older. As a consequence, only one in ten children with FAS  are ever diagnosed.

6. Myth: A doctor or healthcare professional has no say on the lifestyle choices of any woman during pregnancy.

Fact: As they are aware of the risks that drinking wine during pregnancy causes, doctors and healthcare professionals have the moral and ethical responsibility of advising their patients against it.      These suggestions are made in order to protect the health and the well-being of the baby.

Collaborative Initiative on Foetal Alcohol Spectrum Disorders, a research consortium, has published several studies that have analysed the moderate level of prenatal exposure to alcohol. A recent British study has also shown that small amounts of wine during pregnancy do not cause any measurable risk. However, this study has not performed comprehensive testing of the children or taken into account any maternal factors.

A study published by the University of Queensland in 2013 stated that pregnant women who drink even two glasses of wine during each of the drinking sessions could impact their child’s performance at school adversely.

The Alcoholism: Clinical and Experimental Research in 2012 indicated that the effects of prenatal exposure to alcohol are dose-related and found no evidence of a safe threshold. Mothers who consume alcohol during specific periods of their pregnancy stand the risk of giving birth to babies with low birth weight and reduced length, a smooth philtrum ( the vertical space between the nose and the upper lip), thin vermillion border (demarcation of the lip and the adjacent skin) and microcephaly.

A study by the International Journal of Epidemiology in 2012 concluded that consumption of even small amounts of alcohol during pregnancy could increase the risk of spontaneous abortions.

An Alcohol, Research, and Health study in 2011 found that drinking a moderate amount of alcohol during pregnancy can lead to miscarriage, preterm delivery, stillbirth and even increase the risk of SIDS (sudden infant death syndrome).

With contradictory information available about the risks of consuming wine for pregnant ladies, it is globally agreed upon by most healthcare professionals that it is best if you abstain from drinking wine throughout the pregnancy. This will prevent your baby from coming under harm’s way in the womb and later in life.

Ishq-e-Mahboob – Beginning of the Love between Mother and Son

How To Involve Kids in Community Activities