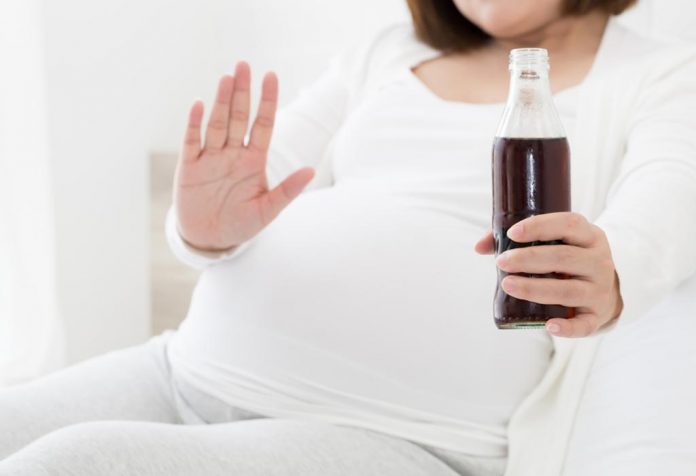 Alcohol may not be an option for pregnant women as it can harm their baby during pregnancy, but a lot of moms-to-be drink soft beverages like soda, soft drinks, mocktails, etc. While drinking these beverages during pregnancy is safe when consumed in moderate amounts, these drinks have their own side-effects. Drinking excessive soda during pregnancy can have some adverse effects on you and your baby.

Can You Consume Soda During Pregnancy?

Drinking fresh lime soda during pregnancy is good if you’re not going overboard. An occasional soda is not likely to harm you in any way.

How Much Soda Can You Drink While Pregnant?

During pregnancy, it is safe to drink one or less than one serving (1 serving= 330 ml) of soda or diet soda per day.

Whether you consume soda containing sugar or artificial sweeteners, the caffeine in soda can be refreshing, but it can be harmful to the foetus. A study by the American College of Obstetricians and Gynaecologists shows that a pregnant woman should not consume more than 200 mg of caffeine per day. One serving of soda has between 32-42 mg of caffeine. Hence, if you limit your daily consumption of soda to one serving per day, you are safe.

Which Contents of Soda Can Harm Your Unborn Baby?

Soda is a brew made from a mix of several ingredients. Here are few of the ingredients in soda that can affect you and your baby:

Soda is high in caffeine, which is known to raise one’s blood pressure. It can also cause insomnia, which can cause constipation and dehydration in the mother-to-be. This is harmful to the baby’s motoric and nervous system development. Consumption of more than 300 mg of caffeine a day may lead to miscarriage, and the consumption of more than 500 mg of caffeine in a day can cause chronic high breathing in a baby at birth.

Steady insulin levels are essential for the optimal growth of the baby. The sugar present in sodas increases blood sugar levels, which can cause an insulin burst. Consuming large amounts of sugar can also lead to obesity, which can lead to miscarriage or cause health problems like congenital disabilities in the baby.

Soda is made from the carbonation of high-pressure water and carbon dioxide, and carbon dioxide is the main ingredient that causes the fizzy bubbles in the drinks. This carbonated water present in the soda is detrimental to your bone health and can cause issues like back pain, as your bones gradually become too weak to support your growing belly. Plain carbonated water contains only gas, but some manufacturers also add in minerals like potassium and sodium. Sodium causes a spike in blood pressure, which can be dangerous for your body. Even if a soda doesn’t contain caffeine, it will most likely contain some flavour – phosphoric acid is one of the flavouring agents present in sodas. This phosphoric acid can affect the calcium in your bones and make them brittle.

Listed below is the summary of the harmful effects of consuming soda during pregnancy:

A 2018 study suggests a negative relationship between consuming sodas during pregnancy and the baby’s brain development. The study found that when mothers-to-be consumed more sugar during pregnancy, especially in the form of sodas, their children grew up with poor non-verbal and problem-solving skills along with poor memory. The study also showed that the effects were just as bad with diet sodas – consuming it during pregnancy was linked to poorer visual motor, spatial, and fine motor abilities in babies.

Soda might be a refreshing replacement to alcoholic drinks, but it is not worth the risk when it comes to you or your baby. So, limiting the consumption of soda ensures the healthy growth of the child and also prevents any congenital defects in the child during delivery. Drinking plenty of water during pregnancy is a good idea. Fresh fruit juice and milk are also good choices for both hydration and nutrition.

Why Green Peas Are the Perfect Food During Pregnancy

What you Didn’t Know About The Male Beard

33 Weeks Pregnant With Twins or Multiples

Life During Lockdown 1.0 Without Domestic Warriors – My Confessions, and Strategies for Survival!

Explaining Private Parts To Your Toddlers