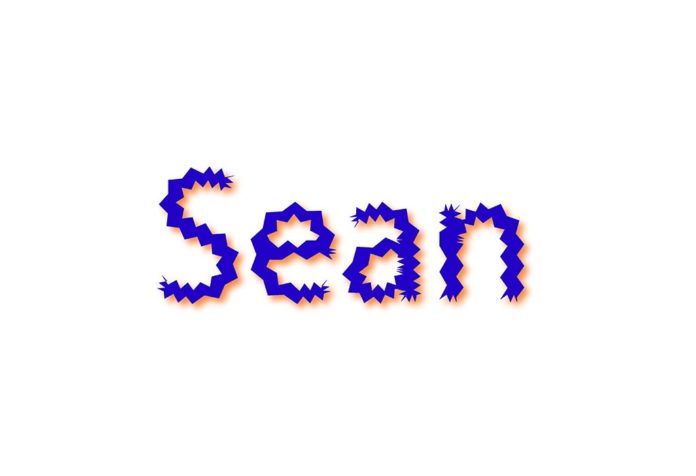 Originally used as a male name of Hebrew and Irish origin, Sean means ‘God is Gracious’ or ‘gift from God.’ Parents prefer this Irish form of John in England, Scotland, and Wales. Although its older forms are Seaghán or Seaġán, its correct Irish spellings can be Seán or Séan. Séan reflects the Ulster pronunciation and is anglicized as Shane, Shaine, or Shayne. Other English versions are Shaun, Shawn, and Shon, whereas Jehan is Norman French. The female form of Sean is Seanna.

What Does Sean Mean?

Originating from the English given name John or Greek Ioannes, which comes from the Hebrew name Johanan, Sean may be used for both genders. The meaning of Sean is “Yahweh is gracious” or ‘God is merciful’ that comes from Hebrew “yo,” an abbreviation of “yeho” that refers to the Hebrew God “ḥanán.” The meaning of Sean is also ‘to show favor/to be gracious,’ which is commonly used as a Christian baby name in the English-speaking countries of the world.

Sean is an Anglicized variant of the Irish name Seán, which comes from the English name John, from the Hebrew name Yohanan. It can also have come from Johannes/Johann/Johan in other Germanic languages. When William the Conqueror conquered England in 1066, the Norman French name Jahan/Johan came to be pronounced as Jean and spelled John in Gaelic-speaking areas of Scotland. Seán in Irish becomes a Sheáin in Scotland. Without the letter J in Gaelic, the letter S was substituted as a part of the normal Gaelic practice in adapting Biblical names that in other languages contain J. The Irish adapted the name to a suitable pronunciation and spelling, producing the name Seán (or Seathan). Primarily used in hyphenated names, it spread outside of Ireland only in the 20th century to the rest of Europe and the US.

Sean name variations are different alternatives that have flowered beautifully in other languages and cultures worldwide. They can be in the form of other spellings of Sean and pronunciation yet unique in their ways:

How Popular Is the Name Sean?

A consistent search value of over 30 has been recorded on interest for the name Sean reaching 100 in Oct 2020. The lowest value was recorded was 33 in April 2021.

Interest in Sean – the US

Popularity of the Name Sean

Interest in the name Sean has been highest in Zambia in the past ten years. Other countries like Ireland, the United States, Tanzania, and Ghana have found a place in the top five positions. With many Irish Jesuits arriving in Zambia to build the church and nation-building after the country gained political independence from the British colonial rule, an Irish name like Sean is highly popular there.

Search Trends of Sean – the US

Among the sub-regions in the US, the District of Columbia leads in the search trends for the name Sean over the last ten years. Massachusetts, New York, New Jersey, and Rhode Island queue up in the top five positions.

Middle Names That Go With Sean

Middle names may carry personal or family meanings when placed between a given name and a surname. Here are some of the best double names with Sean that help children go by their middle names instead of their given first names:

Most parents inspired by successful people from different walks of life, like celebrities, politicians, and businessmen, refer to them before choosing a name. Here is a list of some of the most popular personalities named Sean, who have become legends in their fields:

Baby-names like Sean can sound equally stylish and trendy as per modern times. Family names for Sean may uphold the family’s dignity and instill a sense of pride in your child. Here are some of the other names for Sean that might be a fresh take on the original name:

Names that rhyme with Sean amplify the phonetic effect of the name lyrically. Here are some of the names that sound like Sean to substitute similar-sounding letters and name combinations.

Sibling names have the power to strengthen the emotional bond between brothers and sisters. These are some of the best sibling names that go with Sean that may help to create an everlasting bond between them despite their cute fights:

Nicknames can represent your express affection and sometimes amusement for the apple of your eye without the intention of defaming or bullying. Here is a list of some of the best nicknames for the name Sean that have been thoughtfully conceived to sound sweet and cute:

Over the last few years, Sean has been losing out to other Irish boys’ names like Logan, Finn, and Liam racing ahead. However, its youthful charm and stylish appeal can certainly make a good choice for a child of today’s generation.

Temper and the Stars: How Angry is your Zodiac Sign?

Add Horse Gram to Your Diet to Lose Weight

The Significance of Vastu Shastra in Your Life

How to Get Rid of Moths in Your House