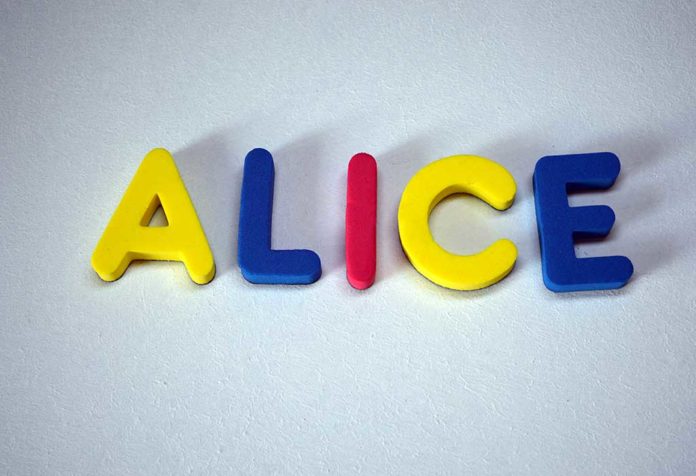 In This Article
A noble name, Alice has held its position as one of the most favored names among parents for a long time. Be it the fact that it has been the preferred name of British royalty in the past or that so many of our favorite celebrities bear the name themselves; there is a certain charm about the name that cannot easily be forgotten. So, keep reading to know everything about the name and add it to your list of potential baby names, although we are sure you will end up making this your final choice.

What Does Alice Mean?

The most well-known origin of the name is from its German roots, which translates to “noble” or “exalted.” It is derived from the Germanic term Adalhaidis, which is further derived from the words Apala, meaning “noble,” and Haidu, meaning “kind, appearance, type.” However, apart from its German roots, it can also potentially be stated to have come from the Old French word Aalis, which has emerged from the Germanic name Adalhaidis itself.

Alice’s name variations from different cultures are significant at understanding how the name came to be and how different cultures transform the name to conform to their own cultures. In this regard, the following other spellings of Alice have been provided to help you get an insight into the same:

How Popular Is the Name Alice?

Alice has been a considerably popular name for centuries and even a few decades ago. But what about its popularity in recent years? For this purpose, evaluating data released by the Social Security Administration of the USA can be a helpful and accurate way of going about the same. As per the SSA, the name is back in popularity among new parents. The Alice popularity ranking at the beginning of the millennium in 2000 was 422, implying that it was a hugely unpopular name among parents. However, after a further decrease in ranking over the next few years, the name observed a sudden and drastic growth pattern. In 2014, it entered the top 100 names at 98, and it has been performing even better since. As per the latest records obtained from 2020, the Alice baby name ranking stands at 76, while its best ranking was observed in 2017 at 70. If the same trend continues, it will not be long before Alice becomes one of the most common and loved names by parents in the US.

The exciting trend for the name Alice shows that the interest in the name has been deteriorating at a steady pace over the last decade. While it started in March 2012 with a strong score of 90, soon reaching 100 in January 2013, it soon dwindled, leading to the lowest score of 41 in January 2022.

Interest in Alice – the US

Interest in the name Alice has remained considerably consistent over the last ten years. Remaining within the mid-range of 44 and 77, except for the score of 100 in May 2016, the name can be said to have remained consistently popular over the years.

Popularity of the Name Alice

In terms of the global regions showing interest in the name over the last decade, Italy tops the list, garnering a score of 100. While it is followed by Australia, France, the UK, and New Zealand with scores of 13, 12, 8, and 7, respectively, the difference in search volume generated from Italy and Australia is huge. This implies that the name was considerably more prevalent in Italy than in any other country.

Search Trends of Alice – the US

Middle Names That Go With Alice

Famous people called Alice, and famous characters with the name have immensely helped keep the name incredibly popular over the years. So, here is a list of some of these popular figures, both fictional and non-fictional, to motivate you to select the name for your baby:

Other names that sound similar to Alice can also be suitable alternatives you can choose from. So, here are some other beautiful names that rhyme with Alice:

Sibling names that go with Alice should be as beautiful as the name Alice itself. It should exude beauty and charm like this name. And for this purpose, we help you with the below sister names for Alice and brother names for Alice:

Nicknames form another part of children’s identities, often since they are the preferred way for adults and others to address them in familiar and informal settings. So, for your girl named Alice, you can have a look at the following list of nicknames:

So, now that you know how beautiful of a name Alice is, you can surely see why it is perfect for your little girl. Even if you don’t like the name itself, you can choose from the many alternatives given here.

Can Taking Antidepressants Affect Your Fertility?