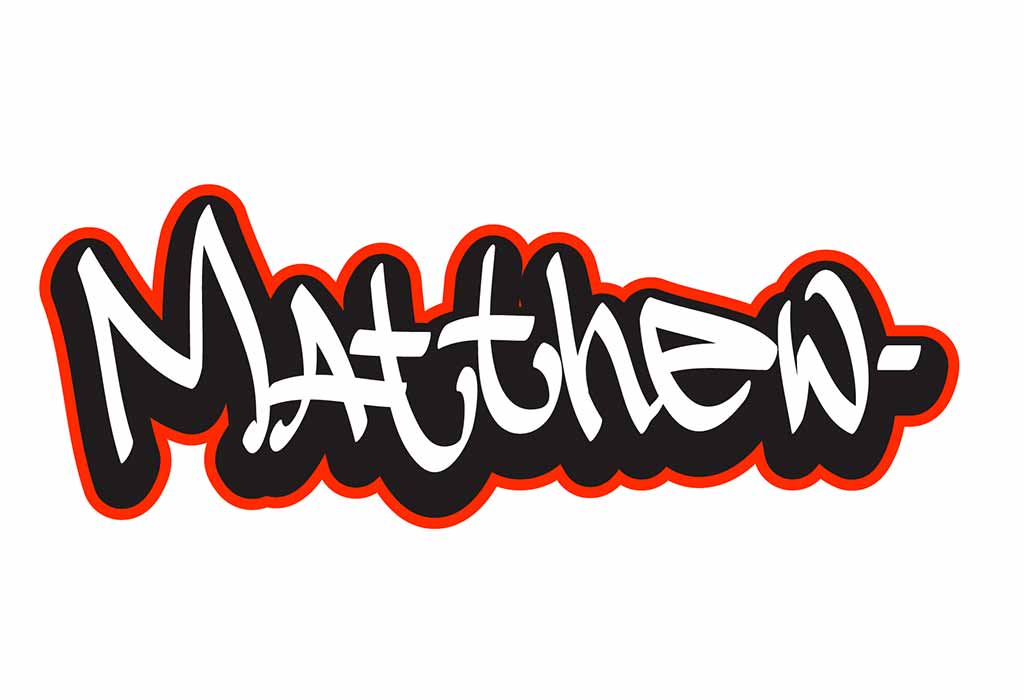 Matthew is one of the most well-known traditional boy names, especially among Christians, because Matthew was the author of the first Gospel. Although the name’s popularity has faded, it still ranks among the top 50 names in the United States. The name has a symbolic meaning, with its roots stemmed from Biblical connotations.

What Does Matthew Mean?

Matthew is derived from the Hebrew name Mattiyahu whose spiritual meaning denotes the “gift of God” or “gift of Yahweh.” The meaning of Matthew is “gift.” Therefore it provides a beautiful and meaningful name appropriate for your child. The name also means a sweet and caring person, also known to excel at sports and is loved by everyone. People with the name Matthew are emotionally compassionate and have an affinity for music.

Matthew originates from Hebrew and Scandinavia, both meaning the “Gift of God.” It also has its roots in the Greek name Matthaios which is a variation of Mattityahu in Hebrew. This name is a male name of English origin and was one of Jesus’s apostles. Matthew wrote the first Gospel in the New Testament, and therefore, this name stems from Biblical roots.

How Popular Is the Name Matthew?

Over time, the name Matthew has decreased in popularity; however, it still ranks among the top 30 names in the United States. The name was famous throughout the 80s to early 2000. The name was quite popular during this time where almost 14,000 boys were given this name. As per Matthew’s popularity index, the name was the most popular in 2000 and 2001, where it ranked among the top 3 baby boy names. On the contrary, Matthew’s baby name ranking was 30 in 2020. According to Social Security Administration, the popularity of the name skyrocketed in 2001 and stayed among the top five until 2006.

The popularity of the name started to dim from the year 2007 when it ranked 9th, followed by 16th in 2010. However, the name became slightly more popular from 2011-2012. The following year, the name ranked 15th, after which it has not entered among the top 10 baby names. However, the name has Biblical roots and symbolic meaning, due to which there is a potential for it to be widely used once again.

The name Matthew has been consistent in the worldwide search trends over the last ten years. Its popularity index suggests the name has been within the scale of 25. However, it reached its peak in October 2016 where the popularity index touched 100. Presently, its lowest score is 11 for July 2021.

Interest in Matthew – US

In the United States, the interest in the name Matthew remained over the last decade. It reached a score of 16 in March 2014, after which it reached 100 in October 2016, which is the highest popularity score to date. According to the popularity index, August 2021 recorded the lowest score in the decade at just 9.

Popularity of the name Matthew

As per the search trends, the popularity of the name Matthew remained consistent in Jamaica over the years, with a score of 100. The name is mainly popular in the United States, Australia, the UK, followed by Canada worldwide.

Search trends of Matthew – US

The search trends for Matthew in the United States are the most in  South Carolina and then the District of Columbia, at 100 and 98, respectively. It is closely followed by North Carolina, Florida, and Tennessee. The symbolic meaning of the name has resulted in its popularity, due to which it is widely used in these regions.

Middle Names That Go With Matthew

A middle name is a significant part of your child’s name. Therefore, it is crucial to choose a middle name that goes with the name Matthew. For maintaining the unique nature of this name, the double names with Matthew can be:

Matthew, with a double “T,” has been widely used for naming boys because of its uniqueness. Various famous celebrities named Matthew have resulted in the stable popularity of the name, such as:

Baby names like Matthew are equally popular as first and middle names because they are beautiful and symbolic. It has a distinct variety of family names. Other names for Matthew include:

There are different variations of the name Matthew which have similar sounds and rhymes. Here are some of the names that rhyme with Matthew:

Selecting the proper sibling names that go with Matthew is vital so that all your children’s names are alike. It creates a form of unity among the siblings. Therefore, some sister names and brother names for Matthew are as follows:

Nicknames are the names given to your child with a hint of humor or a familiar touch. The different nicknames for Matthew include: