Facts and Information About the Planet Venus for Kids

Facts and Information About the Planet Venus for Kids 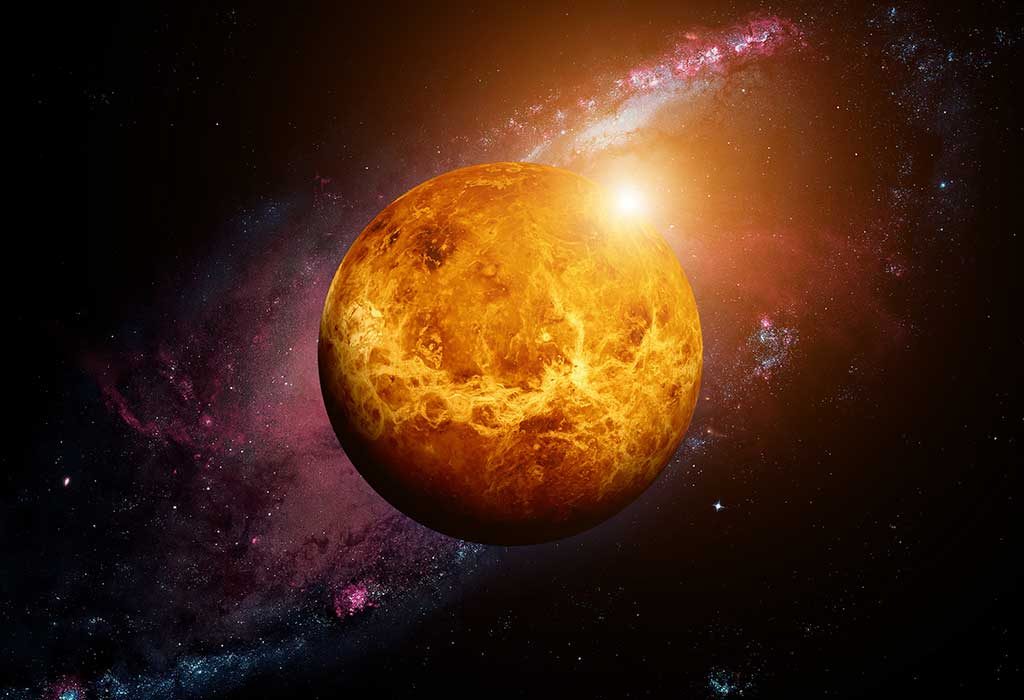 Venus is the second planet from the sun is an absolutely fascinating celestial object. Deriving its name from the Roman goddess of love and beauty, Venus is a rocky planet that is roughly the same size as the Earth. Continue reading to know about some interesting facts about the planet Venus.

Facts About the Planet Venus for Children

Here are some interesting fun facts about the planet Venus that you can read to your kids.

1. Venus is the hottest planet in the solar system.

The average surface temperature of Venus is 477°C. Since the planet does not tilt on its axis, there are no seasonal changes on it. It has a dense atmosphere, composed of 96.5% carbon dioxide which traps all the heat, making the planet really hot. No wonder it is the hottest planet in the solar system.

2. Venus is the second brightest object in the night sky.

Venus is the second brightest object in the sky after the moon, with an apparent magnitude ranging between -3.8 to -4.6. It is so bright it that can be seen during the day. Since it is most often seen after sunrise or sunset, it is also called the morning or evening star.

3. At one point, people thought that Venus could be a tropical paradise.

The surface of Venus cannot be observed through optical telescopes from the Earth as the dense clouds of sulphuric acid covered the planet. Hence people thought that Venus was a warm tropical paradise. However, in the 1960s when scientists looked at Venus via radio mapping, it was discovered that the planet is hostile to all life forms and although it may have had oceans at some point, they would have evaporated.

Since Venus rotates slowly around its own axis, it takes 243 days to make a full rotation which is roughly equivalent to 8 earth-months. A solar day on Venus lasts 117 Earth days.

5. The atmospheric pressure on Venus is strong.

The atmospheric pressure on Venus is 92 times greater than the pressure on Earth. It is strong enough to crush many of the things we are familiar with. 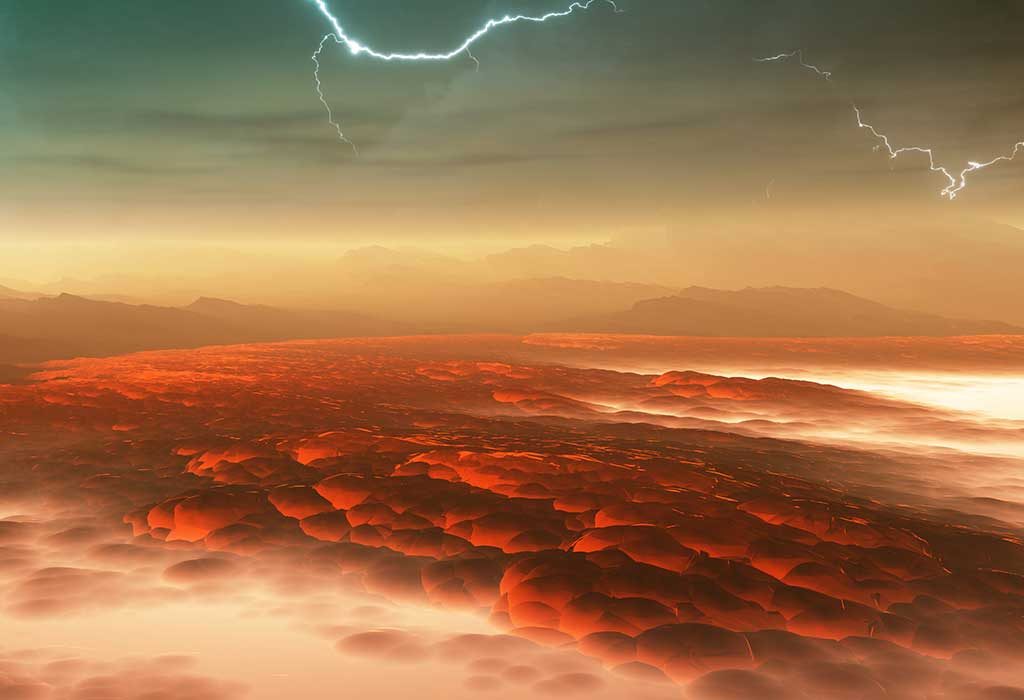 6. Venus rotates in the opposite direction of the Earth.

Since Venus and the Earth have almost the same size, Venus is often called Earth’s sister. The difference in diameter is only about 638 km.

9. The Russians sent the first mission to Venus.

Venera 1 space probe was launched in 1961, but it lost contact with the base. In 1966, the Venera 3 was the first craft to land on Venus.

10. Venus is the closest planet to the Earth.

Venus is the closest planet to the Earth when it is in line with the Earth and the sun.

Venus is a fascinating and strange neighbouring planet to ours. Although it is lifeless, it is an exciting planet to learn about.