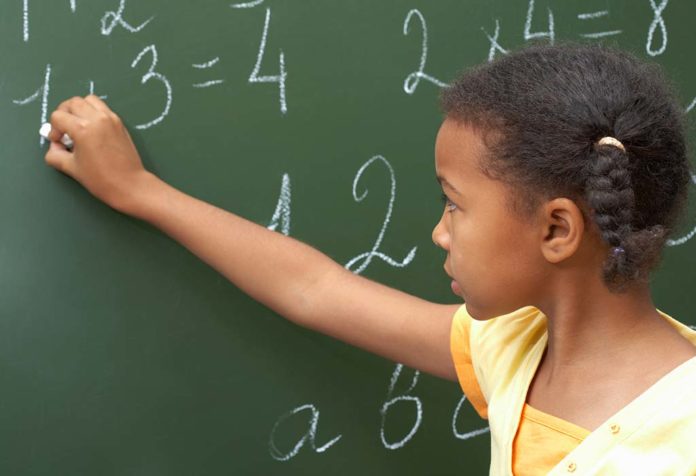 The introduction of mathematics happens as early as kindergarten, and as kids go through grade school, they learn the fundamentals such as addition, subtraction, multiplication. While many children love mathematics, some develop anxiety as they progress through the grades. There are several reasons why children develop a math phobia as they get older. In light of this, this article discusses what math anxiety is, how it grows gradually and what can be done about it.

What is Math Anxiety?

Many children feel stressed at the thought of taking a math test, and it is entirely normal to feel a little anxious about it. Having mathematics anxiety, however, is a much bigger problem. While it’s not a diagnosed condition, math anxiety can make children and even adults feel stressed when faced with a math task at home, school, or anywhere else. Children who suffer from it feel anxious when they attend math classes or have to do their homework. Their anxiety is exasperated when they compare themselves with other kids. The result of having math anxiety is that they start to lose interest in school, or avoid doing their homework or even get the tasks wrong. It is estimated that about three to five percent of children in school experience math anxiety.

There is no single cause for math anxiety, and it is often a combination of factors that lead to it from childhood. Here are some of the known causes of math anxiety:

1. Fear of Being Wrong

Math anxiety can start with social embarrassment in class when children start slow. If they are frequently laughed at for telling the wrong answers in class, it could trigger anxiety when asked to solve a problem. Over time the tension builds, making them fall behind in learning key concepts, worsening the situation. If children are also embarrassed about their grades because of wrong answers, it perpetuates the fear and makes it worse.

Parents who are not good at math could introduce the idea that being bad at math runs in the family and initiates fear of math early on. They could also continue reinforcing that their child lacks mathematics and brush off the anxiety as usual or unwilling. In such cases, children who do not get intervention continue to believe they are bad at math and continue feeling anxious.

Teachers who do not value mathematics as a subject may instill the same feelings in their students. Eventually, their insufficient knowledge of fundamentals makes it challenging to keep up with their peers, leading to anxiety as they grow older. Students with teachers who are poor at teaching the subject can also lose interest or fail to learn the fundamentals.

Timed testing is fast becoming the norm to help the kids keep up with world standards. While most students can do well in timed tests, it could trigger anxiety in some who cannot keep up. Additionally, the constant thought of the limited time can also slow them down. Although the tests are essential, they can trigger anxiety and performance drop in some, leading to poor performance.

Teachers who compel students to memorize procedures and techniques over understanding do a disservice to them by robbing skills they could have eventually developed. When students fail to understand the why in mathematics, they are more likely not to value the subject or pick up the skills. In higher grades, some of these students would fall behind and develop math anxiety.

Many parents ask – does math anxiety affect mathematics performance? Yes, it does, and the signs are evident.

The effects of math anxiety can be seen in the form of nervousness in children. It can manifest as increased heart rate, perspiration, clammy hands, upset stomach, and lightheadedness. These are also symptoms of an anxiety attack in general.

2. Giving up on The Subject

When math is not the strong suit, students would naturally believe that it is just how it is, and there is nothing they can do about it. They might also accept that they will always be bad at it and quit trying to get better. The feeling of permanency is always seen in children who have math anxiety.

The physiological response also triggers a corresponding emotional response in students. You could notice that students with math anxiety would tear up or grow angry before math tests or display the same behavior in class. The emotional responses are often a sign of helplessness as the children cannot handle such challenges.

You would often notice that children who have math anxiety use lines such as “I can’t do the math,” “I’m not good at math,” or “I will never be good at math.” These are negative self-talk that shows that the child has internalized the idea that they are no good regarding math. While most of the negative self-talk occurs in the head, they might occasionally blurt it out.

Negative self-talk combined with anxiety stops the students from studying for their tests, leading to poor performance. The poor grades also continue to reinforce their self-image and become a part of their identity. Eventually, it becomes a self-fulfilling prophesy as they continue repeating behaviors that lead to poor grades, proving that they are bad at math.

Students with math anxiety will also avoid classes, tests, or skipping any other activity that involves mathematics. They will most often choose the path of least resistance and will likely end up in remedial courses or avoiding math altogether.

Being good at mathematics requires children to have an excellent working memory. Working memory enables us to retain small bits of information for a short time to solve problems. Research suggests that students in math class use up all the working memory because of their anxiety and the associated thoughts. These findings mean they have less memory left to focus on the concepts being taught or solve problems. 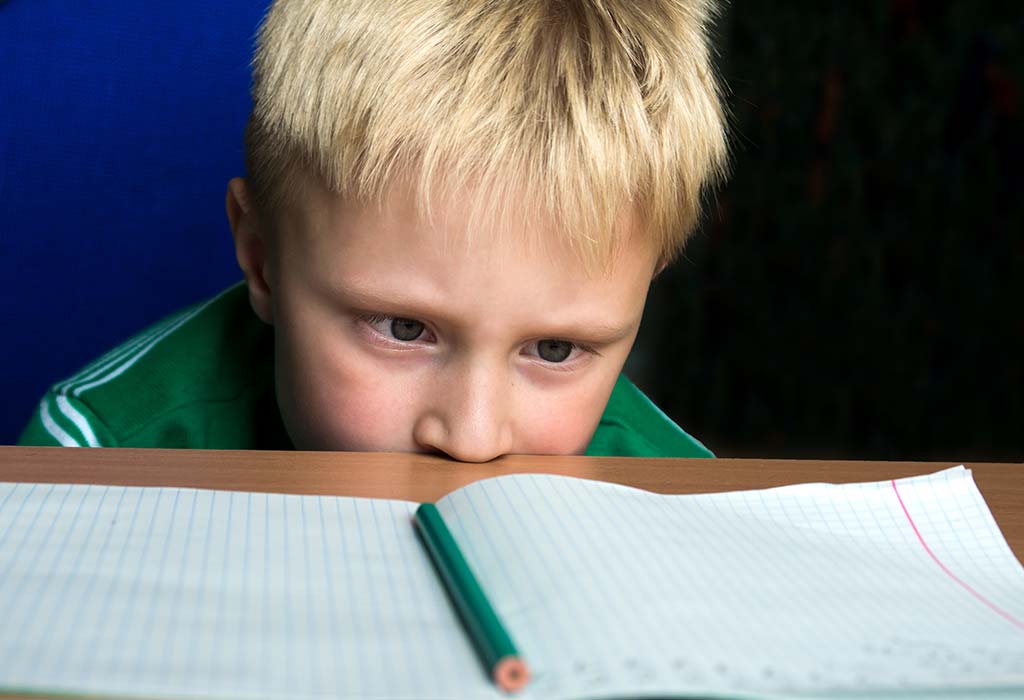 Impact of Math Anxiety on Children

The effect of math anxiety is more far-reaching than previously thought. Students with math anxiety show poor performance in school exams and standardized tests. They also perform worse when recalling facts associated with numbers or performing logical tasks. One study shows that the effects of math anxiety on academic performance include reduced ability to learn new mathematical concepts as they progress further.

In the study, researchers introduced six-year-old school children to entirely new mathematical concepts that were never taught before. Their mathematical abilities were measured before the experiment and again a week after the lessons. They found that students with math anxiety had lesser knowledge initially and subsequently learned inadequately from the training sessions. The study showed that students with math anxiety struggled with exams as well as while learning higher-level concepts. When learning is reduced because of a fear of math, it leads to cumulative gaps in knowledge over the years. These students would also avoid taking up degrees that are math-intensive or careers that involve mathematics.

The Impact of math anxiety extends beyond school and determines lifestyle factors. Adults with math anxiety are more likely to make poor financial choices and avoid workplace challenges because of low self-confidence. They might also make poor health choices and experience difficulties in everyday life.

The role of parents in handling math anxiety in children is significant as they are the only people who can give them the best confidence boost. Here are some ways to reduce math anxiety in kids:

1. Make Math a Part of Their Routine

The best way to lower their anxiety is to increase their exposure to math daily. Take every opportunity possible to give them a chance to do basic math calculations, like additions, subtraction, and multiplication. Start with measuring quantities in the kitchen, adding up items on the grocery list or the bill. You could also give them coins and denominations and ask them to count, add and subtract. One can also learn math by measuring lengths, portions, and distances in the house.

Part of coping with math anxiety involves playing fun games and taking the edge off when taking on math problems. Games such as Double Shutter, Monopoly, and other number-centric board games are an excellent way to get acquainted with numbers in a fun way.

3. Change Your Attitude Towards Math

Your children mirror your actions and attitudes. Therefore always present math in a good light when talking to your children. Even if you are bad at it yourself, make an effort to change and learn something new to motivate your child to do the same.

Math comes with regular practice. Pick up topics that have already been covered in class and sit with them to work on them and help them solve problems. Do not just limit the ideas to be practiced in front of books; reinforce them at other times. If possible, acquaint them with topics that will be covered the next day to anticipate what is about to come and feel good about themselves when they can grasp it better.

5. Get Help When Necessary

You could also get help by learning innovative learning methods with the help of tutors and friends who are willing to help. If your child shows too much anxiety towards math, consult a child psychologist for further advice.

Math anxiety is different from the general fear of math many children have. Those with math anxiety cannot solve mathematical problems that require manipulating numbers in class, both at home and elsewhere. One can overcome math anxiety with proper and timely intervention.

These 7 Home Remedies Are Actually Dangerous For Baby’s Health Problems – Stay Away From Them!

How to Enjoy Your Pregnancy for a Healthy and Happy Baby

Slow Down, Think and Revive: Let’s Cope With COVID Normally

Setting Up a Bedroom For An Older Foster Child