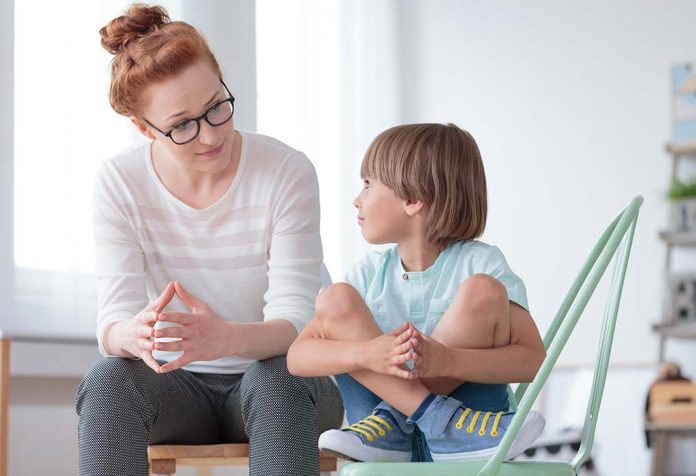 Kids can certainly be a handful. Every parent knows that although their kids might be the greatest blessing of their lives, at some point or the other, their patience has been tested to the limit. And that is completely okay, because kids learn as they grow and parents grow into the role of great parents only by trial and error, since it is also their first time. However, kids need to be taught from a young age that their actions have consequences, and they cannot be left unchecked. For a lot of parents, the question is whether to use the carrot and stick method, or if there are other methods that can help their children grow into mindful adults. Parents can also consider the possibilities of positive reinforcement and positive punishment for their children’s actions. Read our article to find out more about which method is better, and also about the pros and cons of each method.

Positive punishment is a method of behavior modification. However, the term positive does not refer to something pleasant in this case. It is just a method of reprimanding wherein you make the child understand that their actions will have consequences, and this explanation helps to bring about a positive behavior modification. Having said that, it is not a hard and fast rule, as each circumstance will require a different approach. Parents must guide their children towards alternate behavior as well, in order to cope with the situation.

Positive punishment depends on what is aversive, because that concept changes from one child to another. Parents must decide the apt way to deal with certain situations, so that they are valuable teaching moments. Here are some examples of positive punishment so that you can have a better understanding of it and how it works.

It is safe to say that most kids around the planet would not like to get scolded, and will avoid putting themselves in a situation where they get scolded. They understand that certain actions lead to them getting reprimanded or lectured, so they will tend to avoid it in the future. This is one of the most common methods of positive punishment that is used the world over.

This is a positive punishment method that is utilized in a lot of schools. A child can be made to write something over and over, or even write an essay on the unwarranted behavior. Children usually realize that it is a waste of their time, which could be spent elsewhere, and it will help to avoid the specific behavior in the future.

This kind of positive punishment usually happens in the spur of the moment. Parents might find themselves lightly slapping the hand of a child trying to reach a pot of boiling water or forcefully grabbing your child’s arm if you find him running into traffic or other potential danger. Humans do not like to get manhandled, and this might deter your child from engaging in unwarranted behavior.

Not just kids, even adults dislike chores, but adults understand that there is no way around them. However, chores are a great way to deter children from indulging in unwanted behavior. If a child smears peanut butter on the couch or carpet, he can be made to clean it or perform other household chores.

Much like the previous example, a very few number of humans actively want more rules. Adding more rules in the house for a child that is misbehaving is a good way to incentivize him to change his behavior.

Let’s take a look at some of the drawbacks of positive punishment.

Let’s take a look at some of the advantages of positive punishment.

Let’s switch gears, and take a look at positive reinforcement for a few minutes. Making sure that your child receives something positive in order to teach him a lesson is not always a bad thing. It is known as operant conditioning, and relies on a system of rewards in order to change certain behaviors.

How Is It Different from Positive Punishment?

Both methods of behavior changing differ from each other in that reinforcement is used in order to encourage good behavior, whereas positive punishment relies on negative consequences in order to discourage undesired behavior.

There are different kinds of reinforcements that can be used in order to increase a certain kind of behavior. However, these reinforcements need to be changed and modified, depending on the situation at hand.

These happen as a result of good behavior. No intervention is required, and good behavior is automatically rewarded. A good example is a student studying hard and doing well in tests, due to which he gets good grades.

Physical rewards such as candy, toys, treats, money, etc. can be provided to a child in order to encourage a certain type of behavior. Although this method can be a powerful motivator, it should be used cautiously.

This includes expressing approval for a certain kind of behavior, and it can come from any authority figure in the child’s life, be it parents, teachers, or even friends.

Parents can start a token system, wherein the child receives a token for each time that he displays a behavior that is appreciated. These tokens can later be redeemed for something of value.

Positive reinforcement for kids works in a way where they are motivated to continue a certain positive behavior due to the reinforcement provided to them. A behavior, which might have otherwise gone unnoticed, strikes the child as something that is appreciated, and they continue with the same behavior because there is something for him in return.

After tidying up their room and finishing their homework, kids can get an allowance or a treat.

If your child does well in a test, saying “good job!” is a great way to motivate him to perform similarly next time.

A girl brushes her hair in the morning before going to school, and once she is there, she receives multiple compliments about how her hair looks good and neat, and this motivates her to continue the behavior.

As with most aspects of life, positive reinforcement, too, has some disadvantages.

When and How to Implement It

It can be a tricky situation, to decide when to apply positive reinforcement or any other kind of behavior changing method.  Here are some tips on when and how to implement it.

There can be a problem with intrinsic motivation when it comes to rewards being tangible, and to tackle this, non-tangible reinforcements are preferred, such as using praise to encourage a certain behavior.

Making sure that the child receives some sort of feedback is also important. Parents should not stop at “good job!”. Instead, give praise in the form of a statement. Example: “Thank you very much! You did a great job with cleaning up your room!”

3. Restrict It to Positive Behavior

When a child misbehaves, parents should not execute any sort of positive reinforcement, because it might encourage the child to repeat the behavior. Make sure you restrict the praise and rewards only for positive behavior.

4. Reinforce Immediately After the Behavior

Parents must make sure that not too much time passes after the behavior before they provide the positive or negative reinforcement. It must be done immediately after to have maximum effectiveness.

5. Praise for Quality, Not Outcome

The child must be provided praise not just because he has completed a task, but for the entire action and the way in which he has done something.

Much like anything else on this planet, positive punishment and positive reinforcement both have their pros and cons. It is important for parents to assess the situation or behavior at hand, and take action accordingly. Neither of these methods will ever work independently, but if you utilize them in unison with other behavior modification methods, it will definitely help build character in your child.

Teaching kids to be mindful, respectful, empathetic, trust-worthy, self-reliant, patient, and other positive qualities takes time and effort, as they are learning not only about the environment around them, but also themselves as they grow up. Make sure not to be too hard on your kids, but also set boundaries, so that they do not grow up to be entitled. The real world, unfortunately, is different and brutal compared to what we try to teach our kids in their childhood, and instilling certain qualities is imperative for their growth and well-being. All the best to you!

Is It Possible to Choose Your Baby’s Sex

What Are the Right Clothes to Wear When Pregnant?

Groundnut Laddoo Made With Jaggery And Milk Recipe

Physical Development During Infancy (From Birth to 12 Months)