Excessive Yawning in Babies - Is It a Concern?

Excessive Yawning in Babies – Is It a Concern?

Excessive Yawning in Babies – Is It a Concern? 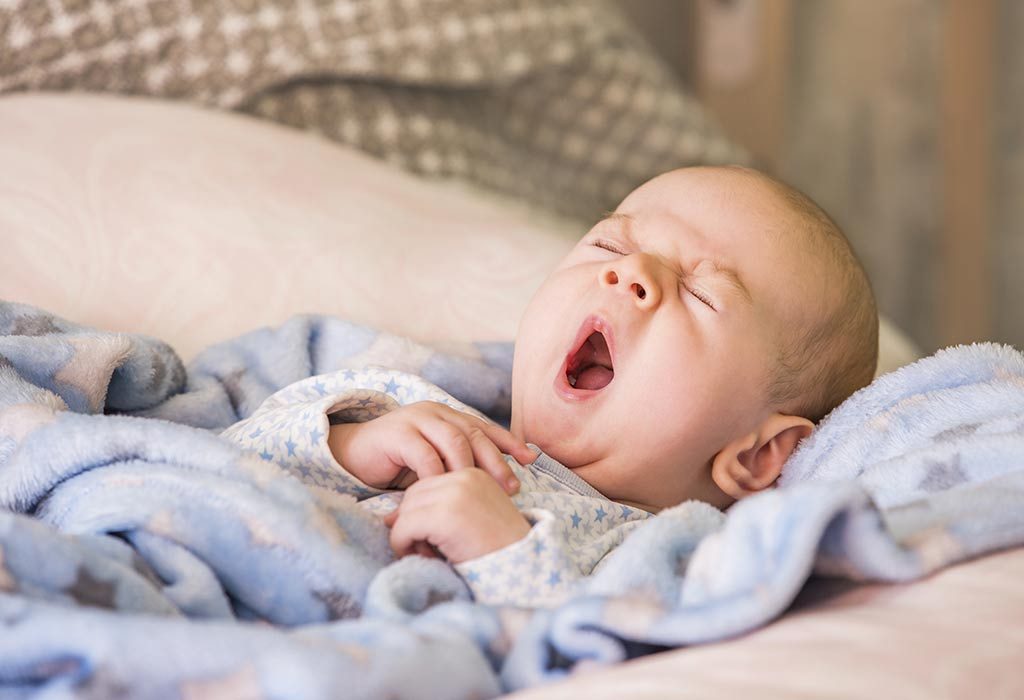 Yawning is a natural reflex in babies which persists even into adulthood. When you see your little one yawn, you will feel that he is the cutest child in the world. But if he yawns too much, you will obviously get worried. Yawning is an involuntary action and if your baby is drowsy or fatigued, he will yawn more than often and it is normal. But if you notice him yawning excessively even when he had had a good night sleep, it can be a cause of concern.

Is Yawning Common Among Infants?

Yawning is a natural process. Everyone yawns several times through the day. And as far as infants are concerned, it is common for them to yawn. If your baby yawns, it’s a sign that he is healthy and is developing normally.

Why Do Babies Yawn?

The actual cause of yawning is not clear. Some research suggests that babies yawn when they are tired. And some studies show that yawning is triggered when the brain is in need of oxygen. So there is no exact cause for the same. Furthermore, babies can also yawn because of lack of sleep, excessive sleep, hunger, fatigue, or even boredom.

What Is the Normal Frequency of Yawning in Babies?

On an average, a human baby yawns anywhere between 30 and 50 times a day, as opposed to an adult human’s count of 20 yawns a day. Babies yawn more after waking up – it’s completely natural and there is nothing wrong with that. It is believed that we yawn after a good sleep because it is our bodies’ attempt to send in more oxygen to the brain and cool our bodies. You may see your infant yawning more frequently when he is not fully awake. In most cases, babies yawn when they are sleepy or after getting good sleep. Yawning while sleeping is also not uncommon.

It is believed that yawning is contagious. This is an indication of a phenomenon known as echo phenomena, the imitation of another person’s word or actions. It is commonly known as contagious yawning. However, not everyone is affected by this phenomenon. And your little one may not always yawn, if he notices you yawning.

What Causes Excessive Yawning in Babies?

If your baby yawns frequently or excessively, it could be a sign that he is sleepy, tired, or bored. And if he yawns after waking up, it is his body’s way of sending in more oxygen to the brain. However, if there is an unusual increase in your baby’s yawning, then it could be because of some other reasons as well such as a sign of prenatal drug withdrawal. Babies also yawn when they are overheated, both externally and internally. If it gets too warm for your baby, remove the extra layers and make sure he is not uncomfortable. As far as internal heat is concerned, make sure your baby is well hydrated.

Is Excessive Yawning a Sign of Some Serious Problem?

While more often than not, yawning in babies doesn’t necessarily indicate a serious illness, but it is always wise to be vigilant. Here are possible reasons why your baby may be yawning a lot.

Drowsiness may seem like a trivial issue, but you can’t always take it lightly, especially if your baby is always drowsy. You will have to consult your baby’s doctor if this is the case.

Sometimes, excessive yawning can be an indication of an underlying threat like heart ailments. When the pumping of blood and oxygen is dysfunctional, the body induces yawns, so more air and oxygen is taken in. If your baby is yawning extensively, consult the doctor at the earliest.

If a newborn baby yawns excessively, it could be an indicator of an underlying disorder like epilepsy. If your little one yawns way too much and it continues for a period of time, you must consult a doctor and rule out the possibility of any complication.

How to Control Excessive Yawning in Infants

You can control excessive yawning in infants only when you try to figure out the root cause of the problem. If your baby yawns excessively because of lack of sleep, make sure he gets proper rest. Feed your baby healthy foods to ensure that he gets all the required nutrients. And make sure that your baby stays active.

Yawning, in general, is not a cause of concern, but if you notice a rise in the number of yawns each day in your baby and he doesn’t sleep well, you must consult a doctor.