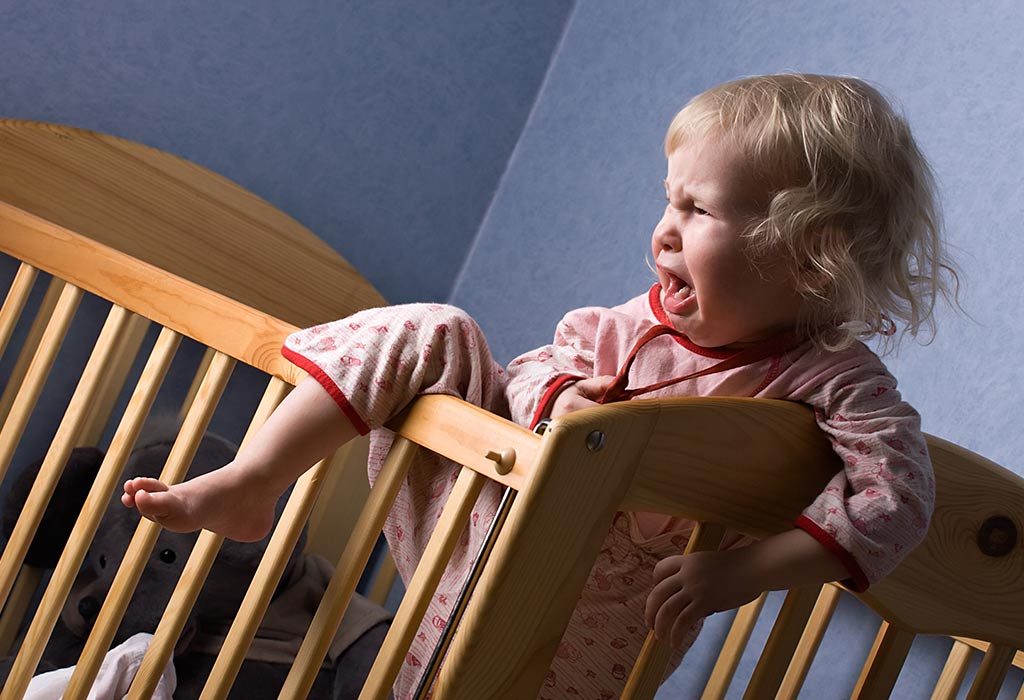 As a new parent, you might feel that every single action with your baby is a challenge- it might be hard to get him to eat, it might be hard to stop him from crying and most importantly, it can be extremely hard to get him to sleep. Sleep is extremely important for new babies, and therefore parents have to try and ensure that the baby gets enough sleep in his early years.

If you feel that the sleep patterns of the child re causing distress to you or the baby, it might be indicative of the child having a sleep problem. Let’s look at a few of the common sleep problems and how parents can solve them for the benefit of the child.

What is a Sleep Problem?

The first step to an effective solution for the health of the baby is to identify whether he has a problem with his sleep. In the first six months of his life, it is normal for the baby to wake up during odd times of the night. The child will probably need nourishment and comfort with settling in the early months, and the manifestation of these may not be the result of a problem. The sleep patterns of the child can still vary after half a year, so it can be hard for parents to say if the baby has a sleep problem in a definite manner.

However, you can conclude that the baby has a problem if any of the three symptoms occur after he has become older than 6 months:

You should take to your doctor if you are still not sure about whether baby sleeping at night problems have been occurring.

Common Sleeping Problems in Infants with their Solutions

Here are some solutions to the common sleeping problems which parents have observed in their children.

1. Baby Falls Asleep Only if You Feed Him

This is a common problem for mothers, especially during the early stages. The reason for this may be that the baby has formed a feeding association with falling asleep, so he falls asleep only if he is feeding.

The only way to make this alright is to gradually remove the association between feeding and falling asleep from the baby’s mind. This can be done by moving your feeding time farther away from bedtime so that the child does not fall asleep easily when he is feeding. Make this a routine affair, so that your baby grows used to not sleeping during feeding.

2. Baby Can Sleep Only if You Rock Him in the Cradle

This is also similar to the problem given above, as it occurs due to a movement association in the mind of the baby. The baby associated sleeping with the gentle rocking of the infant swing or the cradle, and thus is able to fall asleep quicker. Similar to the first problem, the only solution to this is to gradually make your baby learn otherwise. This means that you will have to let your baby go to sleep for a few days with minimal to no rocking, by simply holding him in your arms without any movement.

3. Baby Sleeps Only if He is in a Warm Embrace, Either by You or the Wrap

This also occurs as a result of an association and is a common 6 months baby sleep problem. Your baby will be able to fall asleep only if he is closely held by a parent, or if he is in a cling.

The solution to this problem too is to teach him otherwise and make him get used to sleeping without embracing his mother. You can tell your partner to hold him until he is asleep, or maybe even another family member can help. You can also use the pick up put down method to teach your baby to sleep on his own.

4. Baby Sleeps Only During Drives, or in the Car Seat

This is also another movement association and is common in children whose parents travel a lot. This is usually seen as a 12 months old baby sleeping problem. It could also be an indication of gastric issues like reflux or GERD which results in the car seat being particularly comfortable for the child. If the issue has been found to be a gastric problem, you should take care of your baby and treat the condition as soon as possible. Otherwise, the best thing to do is to remove this association like the other ones.

5. Baby Sleeps Only When He is Next to You in Bed

This also becomes evident only after the child grows up a little, as it is more of a force of habit for the baby. He might not be able to sleep anywhere else, as he is used to sleeping right next to his parents.

Co-sleeping is common, so the best thing to do will be to slowly get the baby used to sleep away from you. There are many transitional plans, which can help you carry it out without your baby crying too much.

6. Baby Does Not Nap during Nap Time

Your baby might be sleeping well at night, but you might see that the child has a difficulty in falling asleep during naptime. This is because daytime sleeping and the night time sleeping are hands by different parts of the brain, so being good at one does not necessarily mean that your child can go to sleep whenever. Nap training is the only thing to do if this is the sleep problem you observe in your child.

7. Baby Wakes Up During the Night, Constantly

If you observe that your child is sleeping well enough when he is put to sleep, but then proceeds to wake up a lot during night time, it can be indicative of a sleep problem.

You will need to understand why the baby wakes up, and do accordingly. If the child wakes up because of hunger, adjust his feed schedule- else, it might be a result of other sleep associations which you will have to work with.

8. Baby Wants to Feed at Odd Times of the Night

Another common problem, this is usually a newborn sleeping problem. This may be because your baby is sleeping more during the day and then waking up at night after ‘naps’ to feed. You will have to start reducing the amount of time he sleeps during the day and schedule his feeds more often during the day so that he wakes less at night.

9. Baby Wakes Up Earlier than you

This can be due to either of three problems- the bedtime of the baby may be too early, too late or he might be sleeping too much during the day. Sleeping too late can cause the child to be overtired, and consequently wake up before the mother does.

Identifying the reason as to why the baby wakes up before you is the first thing you must do to move towards a solution. Then, gradually alter his bedtimes and sleep schedule so that he does not end up waking up before you. Since this is common in toddlers who still take an afternoon nap, you might want to reduce or remove the nap altogether from his schedule.

This can be owing to a lot of problems, and can occur at any time- 7-month baby sleeping problems are also a part of these. Teething, ill health, or simple sleep regressions may cause a drastic change in the sleep schedule of your child.

You should try to understand the reason why this occurs- it might even be because of a change in the environment, or that potty training was started.

There can be a lot of reasons as to why your baby has sleeping problems, and it can be hard to know for sure. If you think that you cannot deal with it on your own, you should consult a doctor and get his help.