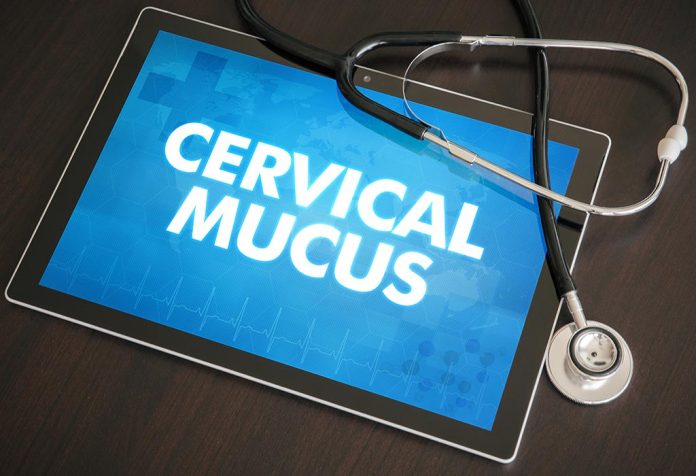 What Is Cervical Mucus?

Cervical mucus is a fluid secreted by the glands found in and around the cervix, located above the vaginal tunnel. Its consistency changes throughout a woman’s reproductive cycle because of hormonal changes. It changes before pregnancy and even throughout the pregnancy. Cervical mucus is also referred to as ‘leucorrhoea’. Although leucorrhoea is an umbrella term given to all types of vaginal discharge, it is more commonly used to describe vaginal discharge during pregnancy. Vaginal discharge performs the functions of lubrication, cleaning, and maintenance of the healthy environment of the vagina. The changes in quantity, viscosity, and appearance of vaginal discharge depend on the phase of one’s menstrual cycle. It is thus a good indicator of ovulation and fertility.

What Is The Purpose of Cervical Mucus?

Vaginal discharge contributes to the everyday maintenance of a moist and healthy vagina. Additionally, it prevents bacteria from growing, which is beneficial for avoiding vaginal infections and shielding a foetus from dangerous microorganisms.

During specific times of your menstrual cycle, the substances in your vaginal discharge alter to have qualities that aid in pregnancy. For example, your cervical mucus will start to get moist and thin as ovulation gets closer before developing into something that resembles an egg white. The sperm may more easily reach the egg because of this change in cervical mucus consistency, which also filters and nourishes the sperm as it travels.

Your cervical mucus can obstruct sperm movement, albeit this is unquestionably not an efficient method of birth control. Considering that it also promotes pregnancy, how is this possible? The purpose of the discharge varies throughout your menstrual cycle, sometimes assisting in conception and other times serving to keep as many foreign objects out of the vagina as is practical. The cervical mucus changes after ovulation to dry and sticky, shielding the vagina from bacteria and sperm.

What Are the Types of Cervical Mucus?

It’s clumpy and sticky, like mucus. It is usually thick and white. The days between ovulation and your period, as well as the days right after menstruation, are when you are least fertile, and this mucus, which is the least hospitable to sperm, is produced. Additionally, it’s possible that you won’t notice any discharge throughout this time.

This mucus has a slightly lotion-like consistency and is thick and sticky. It is frequently white or yellowish and may be thick and globby. This discharge happens before ovulation, at the beginning of your menstrual cycle.

This mucus is relatively thin and neither sticky nor flexible. Instead, it’s transparent like water. It frequently bursts out in a flash, giving the impression that your bladder is leaking. If you’re not wearing liner, it may seep through a hole in jeans. This mucous suggests ovulation.

It is thin and elastic cervical mucus. It resembles egg whites; if you spread your thumb and fingers wide, the mucus will do the same. Between your fingertips, it feels slightly slick and opaque. This lasts one to three days and signals the beginning of the ovulation process.

Cervical Mucus That Is Normal

Healthy cervical mucus has a light odour, is thin, and is clear or white. Cervical mucus should still retain these characteristics even though it changes throughout your cycle and throughout pregnancy.

Cervical Mucus That Is Not Normal

The following discharge characteristics are unusual:

Any of these characteristics in a cervical discharge could indicate an infection. Therefore, you must visit your doctor if you have any of these changes or symptoms.

How Can You Check Cervical Mucus? Checking your cervical mucus can be an accurate way to track your menstrual cycle and pinpoint the days on which you are ovulating. There are three ways to check your cervical mucus. First, wash your hands thoroughly before and after performing the methods mentioned below.

The following are the typical results that are found throughout a menstrual cycle:

How Cervical Mucus Will Help You to Get Pregnant

Monitoring your cervical mucus can help you determine when you are most fertile, which can help you and your partner times the intercourse to maximise your chances of getting pregnant.

The hours just before and right after ovulation is the best times for having sex. This is because an egg only survives for around 24 hours after ovulation, whereas sperm can remain in the fallopian tubes for days, sometimes even up to seven.

Some women report increased vaginal discharge in the early days of pregnancy. This discharge, in the days after conception, appears creamy or clear and sticky. However, it isn’t a fool-proof sign of pregnancy. Even when it is accompanied by other changes like breast tenderness and frequent urination, which are also the early signs of pregnancy, it is not a sure-fire way to confirm pregnancy.

The amount of cervical mucus during pregnancy varies. The production of cervical mucus increases during pregnancy due to increased estrogen and blood flow to the vaginal area; however, it is not noticeable until the eighth week. As the pregnancy progresses, cervical mucus increases too and forms into a mucus plug, forming a barrier to the uterus. This prevents any chances of infection. The vaginal discharge tends to decrease after the plug is formed during the course of pregnancy. However, it doesn’t stop altogether and again increases during the later stages of pregnancy. At the end of the pregnancy, the mucus plug breaks down when the cervix starts dilating and prepares you for labour and delivery. It comes out of the vagina in large clumps or small quantities.

What If You Notice Pink or Brown Cervical Discharge?

Some women have pink or brown spotting sometime between the 6th and 12th day of pregnancy. This is termed “implantation bleeding”. It is thought to be triggered by the action of the fertilised egg sticking onto the uterus wall. However, it isn’t clear if that is the reason. Brown discharge is usually noticed when the period ends, and it is usually a cleaning mechanism which involves getting rid of old blood. A pinkish-brown discharge could be because of various reasons, and pregnancy is one of them.

What If You Notice an Increased Discharge Before Periods?

Your cervical mucus won’t be a trustworthy predictor of fertility or potential pregnancy if you’re currently on chemical birth control. The reason for this is that because your body believes it is already pregnant as a result of the synthetic hormones, the normal changes that occur during your menstrual cycle do not occur.

This transformation doesn’t occur when you don’t ovulate since ovulation initiates the thinning of your discharge into the egg-white, sperm-friendly consistency. Your cervical mucus becomes thicker when you use birth control, making it a more effective sperm barrier.

You probably won’t notice any notable differences in the volume or consistency of your cervical mucus as you would if you weren’t on birth control because of these modifications.

Can You Observe Cervical Mucus to Prevent Pregnancy

When you know the many kinds of cervical mucus and how to use it to check your fertility, you can also utilise this knowledge to an extent to avoid getting pregnant.

If you have been keeping track of your cervical cycle for months to get pregnant but notice abnormal discharge, you should seek a doctor immediately. An abnormal discharge could be a symptom of an infection, and do know that it would only come in your way of conception. So consult a doctor in the following situations:

1. If you notice yellow or green mucus discharge
2. If you have a smelly discharge
3. If there is a burning sensation in your vagina

If you have been tracking the changes in your vaginal discharge over the course of your cycles for some months and have found it to be more or less consistent, then you may be able to observe changes in cervical fluid during early pregnancy. However, changes in cervical mucus are not a clear sign of pregnancy and are by no means reliable. Therefore, it is prudent to wait until you have missed your period and conduct a pregnancy test to confirm conception.

Previous article « 8 Fruits That You Should Not Eat During Pregnancy
Next article Is It Normal to Have Brown Discharge While on Birth Control Pills? »